When Do Largemouth Bass Spawn? What You Need to Know to Make the Most of Mating Season

The spring spawn initiates the most predictable movement of largemouth bass all year, and locating big bass during the mating season is as close to a sure thing as you can get.

But many anglers struggle either because they don’t understand the spawn very well, or because they’re unsure how to capitalize on a fishing opportunity that doesn’t rely on a high feeding drive.

The answer to both problems is information, and the more you know about bass behavior during the spawn, the better you’ll be able to turn it to your advantage.

When do Largemouth Bass Spawn?

Spawning behavior in largemouth is entirely temperature dependent. Expect it to begin when water temps first rise to 55 to 60 degrees. When the water just hits this mark, the males will begin moving from deeper water into the shallows, where they’ll start to prepare their beds in expectation of interested females arriving a bit later.

Once the water rises to more than 60 degrees, you can be pretty sure that the females will join the males, and the actual spawn will begin.

But it’s a bit more complicated.

On larger lakes, the water won’t warm consistently. Instead, shallow, calm areas will heat up first, especially if they’re exposed to direct sunlight. Often, the northernmost areas of lakes will be affected most, as the increasingly southerly sun can hit them all day long without being blocked by trees.

This is a critical point to remember: expect differential warming, with the spawn being staggered across a large lake.

Where do Largemouth Bass Spawn?

Obviously, you’ll find male largemouth making their beds in the shallows, often in just feet of water. Almost always, this will be no more than 10 to 12 feet deep, and it can be very close to shore depending on the lake’s contour. Most of the time, you’ll find these beds in very shallow water--just one to five feet deep.

A good topographical map can be an important tool for predicting spawning beds, and if you don’t have good maps of where you fish, you really should!

Bass prefer gravel, sand, mud, and rock bottoms for their nests, and the addition of some form of cover makes for a prime location. Expect these nests to have ready access to deep water, too.

But the males are relatively solitary, and they won’t nest in view of rivals. Look for clusters of nests where structures block the lines of sight, cover is thicker, or the water is murkier.

What Happens During the Spawn?

But here’s how it works.

During the spawn, bass enter a state called anorexia, literally a period of greatly reduced hunger. Focused on reproduction rather than predation, they won’t actively feed until the spawn is complete and the next generation of bass are swimming on their own.

As we note above, the males will be the first to arrive, and when they do, they’ll start hollowing out depressions in the bottom. They’ll wait there until a mate arrives, when they’ll circle the nest and turn their bellies toward one another, releasing eggs and sperm into the water.

This mating ritual may be performed as many as four times in a single season, but two is the most common number. Thousands--even tens of thousands--of fertilized eggs will be deposited like this.

When they do, the male will remain to guard them from predators like panfish, and it can take as long as two weeks for the fry to be ready to leave the nest.

At that point, the spawn is over, and largemouth will switch to summer feeding mode.

Do You Know What Do Bass Eat? Let's take a look at their diet

How Can You Use the Spawn to Your Advantage?

Check out our guide for choosing live bait for bass

We recommend that you work the edges of cover like weeds, target nests carefully, and generally choose more bottom-oriented techniques and lures during the spawn. Slow your fall, use premium hooks, and match the hatch when possible.

Overall, you’re looking to entice bass into a instinctive bite, and that means triggering a automatic reaction, even when they’re not hungry.

One of our favorite tools to trigger such a reaction strike is a Zoom Brush Hog. Whether you rig this bad boy weedless to work heavy cover, or just rig it with a wide-gap hook and harass males protecting their nests, its irresistible action, flavor, and smell are really effective.

Another top choice is a good jerkbait, like the Rapala Shad Rap. I like to throw the 09 size, which is right at 3 ½ inches. A couple of good color choices are available, and they all work, but keep in mind that there’s a right and a wrong way to fish this lure.

The wrong way is something you’ll see on your local lake all too often: treating a jerkbait like a crankbait.

Check out our recommended jerkbait rods for bass

The right way to fish this lure is, not your reel. Jerkbaits are designed to mimic an injured fish, and they work best when they’re sitting still. That sounds crazy, but here’s how it works. By allowing a tiny bit of slack in your line, and twitching this lure erratically before letting it stop, you signal to bass that something’s badly hurt. They’ll hit this lure on the stop more often than not.

Check out our top choices for bass fishing line

The trick is to avoid repeating a pattern. Just as you don’t want to retrieve this little guy, you don’t want to twitch it predictably either. Vary the twitches–one, four, two, three–and don’t pull in a consistently straight line.

I like to toss these at points near spawning beds, working 5 to 10 feet of water. But as summer brings the heat, I also twitch these down the edges of weedbeds, relatively snag-free cover, and any structure I think is holding hungry bass.

Both techniques are money!

We like the Gene Larew 6” Tattletail and the Gary Yamamoto Senko. If you’ve never seen the action on these two, you’re in for a treat! 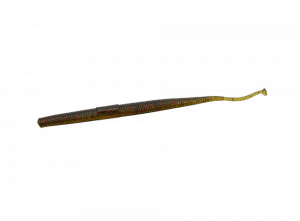 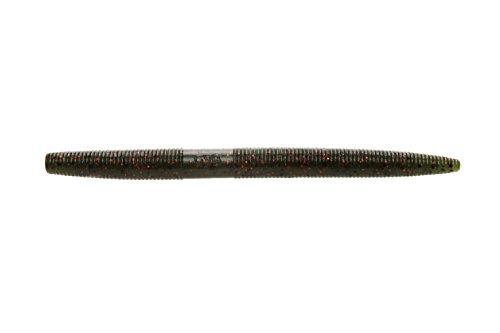 Check out our detailed guide on choosing bass fishing lures

The spawn can test your skills as an angler. It’s often the best time of year to see who has what it takes and who doesn’t. Indeed, most tournament pros advise that if you struggle during the spawn, it’s best to save your money and skip the circuit.

But for anglers with the right know-how, the spawn is a great season to target big fish in easy to reach areas.

We hope that this discussion has helped you better understand largemouth behavior during the spawn, and we’d like to hear your success stories, tips, and advice for other anglers.

Pete D
Born and raised in Cleveland, Ohio, Pete grew up fishing on the Great Lakes. When he’s not out on the water, you can find him reading his favorite books, and spending time with his family.
Comments
Subscribe
1 Comment
Newest
Oldest Most Voted
Inline Feedbacks
View all comments

When I fish the spawn I use a pearl white and blue magnum Tube. The head sinks first and I Set the hook farther back.

I hop it on the bottom like it is feeding and pause periodically. Soon as I see the line move from them picking it up (The line starts to move) to drop it outside their circle I set the hook.

Another 8lber for the books!!!

I personally feel like spawning time is definitely the easiest time to catch bass if you know what you're doing.

USAngler.com is a participant in the Amazon Services LLC Associates Program, an affiliate advertising program designed to provide a means for sites to earn advertising fees by advertising and linking to Amazon.com. Additionally, USAngler.com participates in various other affiliate programs, and we sometimes get a commission through purchases made through our links.
SUBSCRIBE TO OUR MONTHLY NEWSLETTER
Copyright © USANGLER LLC
wpDiscuz
1
0
Would love your thoughts, please comment.x
()
x
| Reply