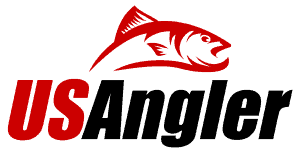 Types Of Fishing Reels – How Well Do You Know Your Reels?

Any angler worth his or her salt knows the ins and outs of the tackle they use. But most of us fish one or two types of reel, maybe three if you work the hard water or cast flies.

But do you know them all? Can you tell the difference between a centerpin and a fly reel? Would you know when to grab a spinning reel and ditch your baitcaster?

Get ready to find out!

Spincasting reels are the easiest of all designs to use, and they’re perfect for novice anglers. In fact, plenty of fishermen began their angling careers with the venerable Zebco 33, and there are a wide range of excellent choices if you’re looking to outfit someone new to the water.

Traditionally seated above the rod like a casting reel, using them is as easy as depressing a thumb button and releasing it when you want the line to flow freely. 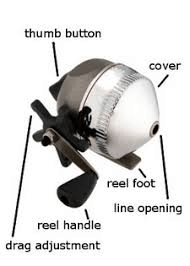 Some models now include a trigger casting system, riding below the rod like a spinning reel. Essentially the same design, the difference that tells is that you cast by pulling a finger-level, releasing it–just as you would with the thumb button–when you want the line to run. 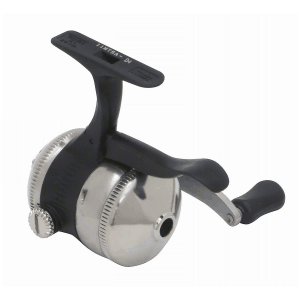 They sport a spool that is aligned perpendicularly to the direction of the rod, and they use a series of take-up pins to retain and release line. Unfortunately, those pins are prone to wear, and spincasters are often not the most durable choice.

That said, on every model, you’ll find that the spool is enshrouded by a cover, protecting your line from wind, water, and damaging UV. That’s a really nice feature for tackle that’s not going to be pampered. And while longevity isn’t the spincaster’s strongest suit, these reels are very forgiving of mistreatment, relatively inexpensive, and trouble-free.

The drag adjustment is often a dial located on the top of the reel, but it can sometimes also be a star-shaped knob behind the reel handle.

Choose a spincasting reel for:

Spinning reels are probably the most popular choice on the water. They’re robust, easy to use, and cast well, especially in the wind. Designed to work best with line less than 10-pound test (diameter), most light action rods will wear a spinning reel, as will virtually all ultralights. But larger spinning reels are available for surf casting, and there’s no doubting their strength and effectiveness.

Spinning reels sit below the rod, and like their spincasting relatives, they have a spool that orients the line perpendicularly to its direction of travel. That can cause some memory issues, and these reels are generally not the best choice for line with elephantine memory or for jigging, where coiled lines will set your lure dancing wildly. 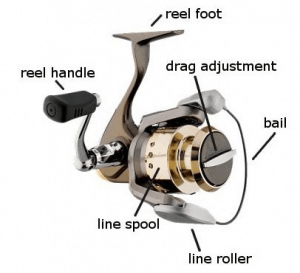 To cast a spinning reel, you first catch the line with your fore-finger, and then open the bail. At that point, the line will flow freely. Simply closing the bail after you cast allows the reel handle to do its thing.

Most often, you’ll find the drag adjustment on the tip of the spool, and typically, drag setting will be on the lighter end.

When well-maintained, these reels last for many seasons of trouble-free use, helping to explain why they’re a top choice for anglers all over the country.

Choose a spinning reel for:

Baitcasting reels are the strongest, most durable option you can buy. Popular among bass fishermen, salt-water enthusiasts, and in any application where large species like tuna, shark, pike, or lake trout are the order of the day, they’re not as easy to use or as trouble-free as spinning alternatives.

But they shine with line heavier than 10-pound test (diameter), provide awesome control, and sport the best drag systems of all reel options.

Baitcasting reels ride above your rod, and unlike spinning alternatives, feature a spool that spins in the direction of the line’s travel. That cuts down on memory, and in the right hands, can provide superior casting.

To cast, you hold the spool with your thumb and depress the spool release. That frees the spool to spin, allowing you to cast simply by lifting your thumb. But for the inexperienced, that’s where the trouble starts! 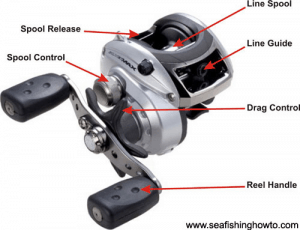 Two problems can start right there. As the lure flies through the air, it will inevitably slow–but the spool won’t automatically match that pace. And if more line begins to unfurl than you need, a terrible tangle can result. These bird’s nests are the bane of every baitcasting angler, and this will also happen if you don’t slow or stop the spool before your lure hits the water.

Top-end baitcasters feature adjustable magnetic brakes and spool tension settings to help prevent both issues, and they work like a charm once you have a few hours of practice under your belt.

Baitcasting reels offer drag systems that are powerful and precise, though they’re designed for heavier weights than their spinning brethren.

Durable, strong, and smooth as silk: the best baitcasting reels can take fishing for real brutes to the next level.

Choose a baitcasting reel for:

For saltwater fishing, you’ll hear these reels referred to as “conventional” or perhaps “trolling” reels, depending on their purpose. Virtually identical to the baitcasting reels described above, they’ll often feature a lever rather than a dial to control drag. 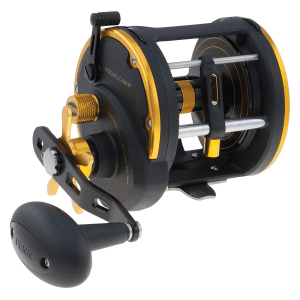 Choose a conventional or trolling reel for:

Ice fishing reels are close relatives of fly reels, and they’re designed to ride under the short, ultralight sticks ice anglers use to pull crappie, perch, and other panfish from under the hard water.

Designed with spools that run in-line with the rod, they’re designed to help anglers jig with light lines by decreasing memory issues. To do that, they also sport large-diameter spools, reducing the coils that can bedevil jigs. 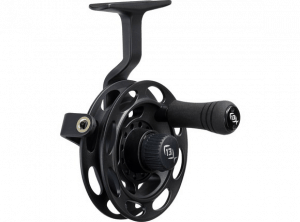 Casting doesn’t happen on the hard water; instead, you’re dropping lines directly through a hole in the ice. Many top-end reels like the 13 Fishing Black Betty FreeFall offer a trigger to release the spool, letting line drop as fast as gravity can take it.

You’ll find a drag knob–often, but not always star-shaped–behind the reel handle. As you’d expect, these drag systems are designed to handle light lines with aplomb, offering silky-smooth resistance in very light weights.

They’ll also often have specially designed reel feet to accommodate a “pistol grip,” reducing strain on your wrist and hand when you’re jiggin all day.

Choose an ice reel for:

Seated below a fly rod near the back of the handle, fly reels sport a spool release knob and often a drag knob designed for very light weights. They orient the line they hold parallel to the rod, as you’d expect.

The art of casting flies depends much more on the angler’s technique than on the reel itself. While keeping a short length of line in the air and working it rhythmically forward and back, you slowly use your off hand to feed it more, increasing the length of line zipping over your head.

It looks deceptively easy, but try it! You’ll find it takes a good bit of practice.

Choose a fly reel for:

Centerpin reels are essentially fly reels for normal line. Usually paired with a float, they can be awesome tackle in the hands of an experienced angler. Their free-spinning spool allows floats to drift naturally until manually braked, yielding incredible results akin to a fly rod.

Seated below the rod like a spinning reel, they orient the line in the direction of travel. They also feature very large spools, massively reducing memory and allow for very accurate casts. 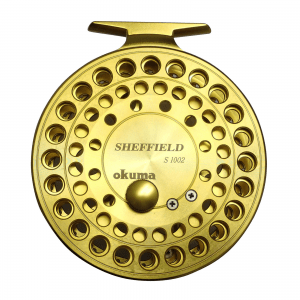 Much more popular in Europe than in the U.S., centerpin reels offer unbeatable durability, in part due to outstanding construction and materials, but also because they offer mechanical simplicity.

But they’re very hard to cast well, and explaining how to use them is something I’ll let the pros do!

Choose a centerpin reel for:

Today’s anglers have the latest tech to rely on, but if you don’t understand it or know your options, it doesn’t do you any good.

We hope this article was informative, and if it helped you, please leave a comment below!

Check out our post on the different types of fishing rods! 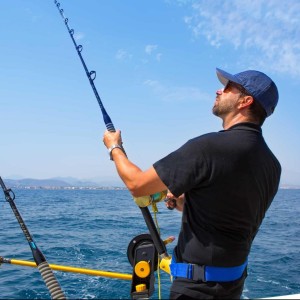