If you’re a new angler, the differences between spinning and casting rods may not be apparent at first glance. That’s OK--they’re pretty much just variations on a theme, with the principal difference being the reels they’re designed to wear.

If you want to understand these differences better or find out more about common rod styles, keep reading!

Spinning and Casting Rods Are Just Variations on a Theme

Spinning and casting rods share a lot in common, and the few differences they have really only appear under close scrutiny.

They can be made from the same materials, offer the same actions and powers, and come in the same range of prices.

As I’ll discuss more below, the principal difference is the reel style they’re designed to wear, necessitating a few subtle changes in design.

Can you tell these two rods apart?

Spinning rods only wear spinning reels, so the reel seat and guides are below the rod.

By contrast, casting rods can only be paired with casting reels, so you’ll find the reel seat and guides above the blank.

Typically, casting rods also offer a small trigger grip for your index finger, a nod to the way in which you’ll hold the reel during your cast.

The first step in selecting a new fishing rod is actually picking a fishing reel.

The primary difference between spinning and casting rods is the reel they’re designed to wear, and since there’s no mixing and matching, savvy anglers know that they need to select a reel style before they pick a rod to pair it with.

But there are meaningful differences beyond that--and they’re worth discussing. 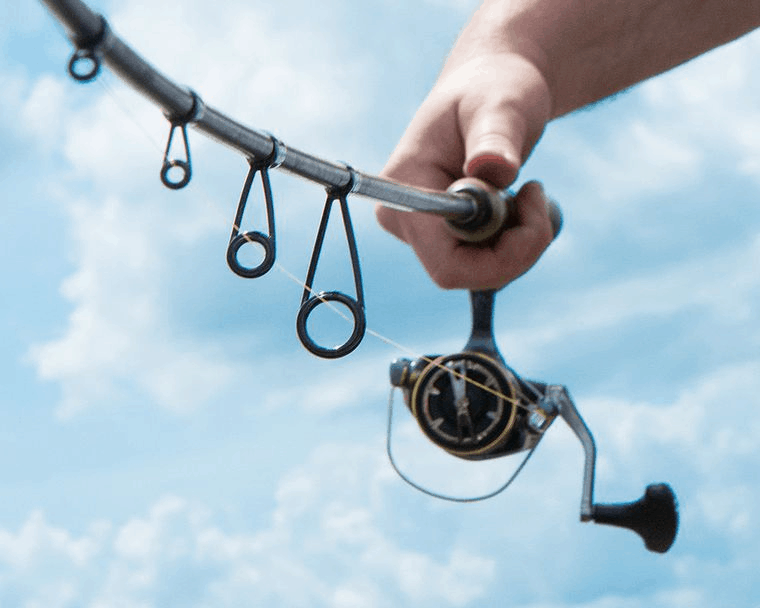 Notice that the reel and guides are below the rod.

Check out our buying guide for the best spinning rods!

It doesn’t take a rocket scientist to realize that a spinning rod is designed to wear a spinning reel, but many anglers may not understand the larger implications of this pairing. 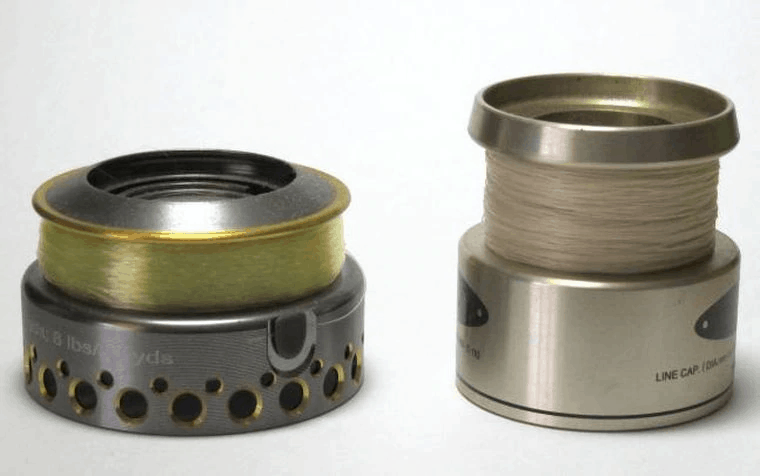 Spinning reels sit beneath the rod, and by their design, they release line around a fixed spool. To gather that twirling line and get it moving in the right direction, they feature a large “stripper” guide--the guide closest to the reel. The larger the reel, the more important this guide is, and really big reels, like those used in surf casting, may need a series of reduction guides before the actual running guides.

This is also affected by the distance between the reel foot and body, as longer “arms” place the center of the reel further from the centerline of the rod.

The result is that, typically, spinning rods in comparable powers rarely match the small guides you find on casting rods.

In practice, that can make spinning rods slightly less sensitive, and you won’t have the delicate feel and extreme sensitivity you’d want for running a Texas-rigged worm for largemouth.

Spinning reels are at their best with lighter lines and smaller diameters. 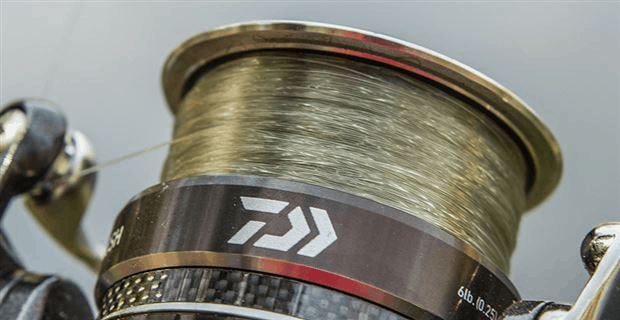 As line flows from a fixed spool, it must pass the retaining lip. The larger the diameter of that line, the greater the friction as it passes.

In the real world, that means that line with a diameter larger than 10-pound mono will start to drag, affecting casting performance. That doesn’t mean that big spinning reels don’t have a place--they do, and I own a few! For challenging weather, especially windy beaches, there’s nothing better, and most anglers will accept a bit less casting distance for far fewer tangles and problems.

But for freshwater anglers in search of bass, pike, lake trout, and big cats, this matters in that heavier lines will generally work best with casting reels.

And the rods reflect that.

While you can get heavy power spinning rods and heavy-duty spinning reels, most serious anglers find that for larger lures and heavier lines, casting tackle is the way to go.

As a result, spinning tackle tends to be smaller--think trout, panfish, and perch.

Notice that the reel sits on top of the rod.

Check out our buying guide for the best casting rods!

Casting rods are designed for casting reels, which sit above the rod.

Rather than a fixed spool, these reels release line from a spinning spool that runs perpendicular to the main axis of the rod. The result is that your line comes off the reel pretty much in-line with the rod, and no stripper or reduction guides are necessary.

And beyond the performance of casting reels, many bass anglers choose casting tackle precisely because it does offer the ultimate in sensitivity at a given power (all other things being equal).

I talked about the problems spinning tackle can have with heavier lines, and casting reels have a related--but opposite--problem.

That free-spinning spool needs energy to turn it, and that’s given by the force of the lure as you cast it. Light lures--and the light lines you use to throw them--just can’t get that spool turning as easily, and even when they do, tangles and birds’ nests are often the result.

As a general rule, casting reels are at their best with larger diameter lines, throwing lures for fish larger than crappie, perch, and trout.

If you’re looking for light or ultralight tackle, spinning gear is the right choice for you!

I hope that this article has helped you get a handle on the basic differences between spinning and casting rods, enabling you to make the best choice for your needs.

If this article has been helpful, we’d love to hear from you.

Pete D
Born and raised in Cleveland, Ohio, Pete grew up fishing on the Great Lakes. When he’s not out on the water, you can find him reading his favorite books, and spending time with his family.
Comments
5 1 vote
Article Rating
Subscribe
Login
0 Comments
Inline Feedbacks
View all comments