Redeye Bass: What You Need to Know to Catch Them

America’s most popular game fish is undoubtedly the largemouth bass, and with such a wide distribution, it just makes sense that you’d run into hybrids and subspecies.

We’ve written about them before, and if you want the full list and complete details, check out this article on bass species. There, you’ll find information on species ranging from the Chattahoochee bass to the Florida bass.

But today, we’re going to focus on the infamous redeye bass, Micropterus coosae, and its many close relatives. That attention is necessary because in 2013, wildlife biologists split this species into five new species names for their endemic waters.

Each is subtly different from the others, though they share the red eyes that give their name. They also tend to be smaller than a standard largemouth, reaching maximum lengths in the neighborhood of 19 inches, where they weigh in at a touch over five pounds.

But those are real monsters. South Carolina’s Department of Natural Resources reports that redeyes average about six ounces in streams and as much as 1 pound in lakes but that they rarely exceed two pounds wherever you find them.

Despite their size, they’re known as hard-fighters, and anglers count themselves lucky to land one of these rare fish.

Redeye bass belong to a family of closely-related species, starting with Micropterus coosae. 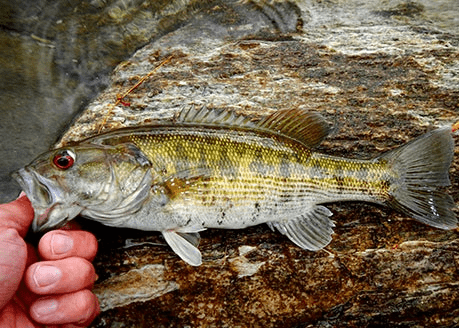 Unsurprisingly, red eyes are the hallmark of the redeye bass in all its species.

Native to the Chattahoochee, Mobile Bay, and Savannah basins of Alabama, the Carolinas, Georgia, and Tennessee, biologists discovered sufficient differences between various subspecies to retaxify them as species of their own, naming them for their endemic habitats.

Each of these species is a redeye bass, and the simplest way to identify the species you’ve just caught is to remember where you are! 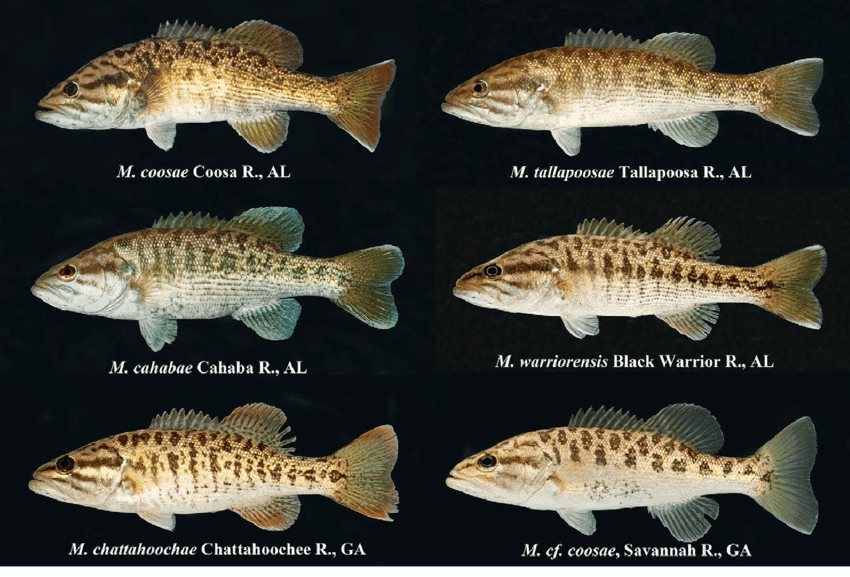 But how do you tell a redeye from its close cousins, the largemouth bass and smallmouth bass?

The first sign to look for on a redeye bass are its distinctively red eyes. Neither large- nor smallmouth bass will ever have those. 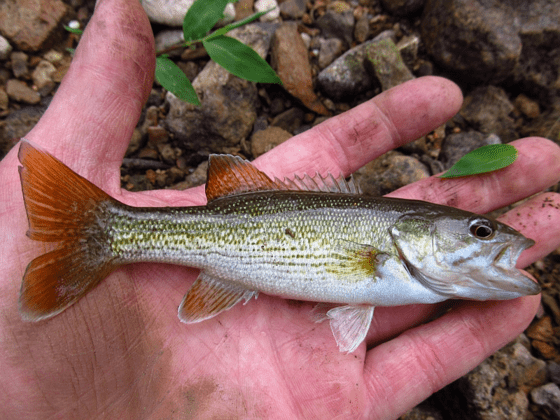 Those white edges on the tail fin can be a sign that you’ve got a redeye.

Like the smallmouth bass, the various species of redeye lack a true notch between their first and second dorsal fins.

And breeding males, caught just before and during the spawn, will have bright blue markings on their faces and gill plate. Beware of pattern differences, as natural variations in scale markings aren’t a reliable metric for identification.

Largemouth bass have a clear notch between their first and second dorsal fin, and of course, their eyes aren’t red.

As in the case of many bass subspecies, resemblance to the smallmouth is a bit closer.

Nevertheless, red eyes are still a trademark that won’t let you down, and they typically have spots or stripes that mark them off from the more uniform smallmouth bass, as do those white margins on the caudal fin.

Smallmouth bass are typically uniform in color, dark-eyed, and lack any white marking on the tail fin. 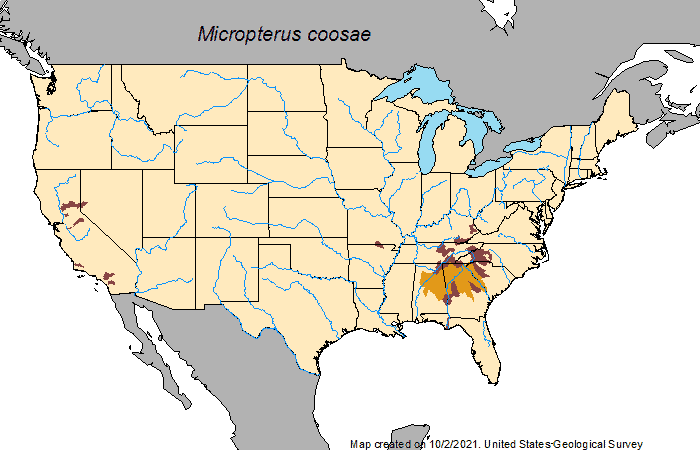 The mighty Coosa is well known to local anglers, providing ideal habitat for redeye bass. “Formed by the confluence of the Etowah and the Oostanaula River in Rome,” The Coosa River Basin Initiative explains that “the Coosa flows 600 miles to the Mobile River and Mobile Bay on the Gulf of Mexico. From Rome, the Coosa winds to Weiss Dam near Centre, Alabama. Below Weiss Dam, it merges with the Tallapoosa, forming the Alabama River. 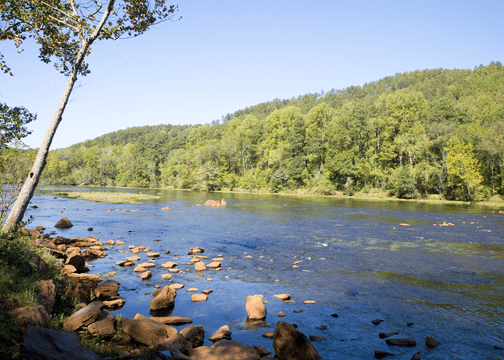 Unmatched in the diversity of its wildlife, the Cahaba River flows “from its headwaters northeast of Birmingham, AL until it reaches the Alabama River southwest of Selma,” reports Cahaba River Society. 194 miles long, it drains an area of 1,870 square miles.

The Georgia River Network describes the Tallapoosa River as “originat[ing] in Paulding County, Georgia, flow[ing] westward, crossing into Alabama at the Haralson County border. The Tallapoosa River continues to flow westward, eventually merging with the Coosa River, which also originates in Georgia, to form the Alabama River.” 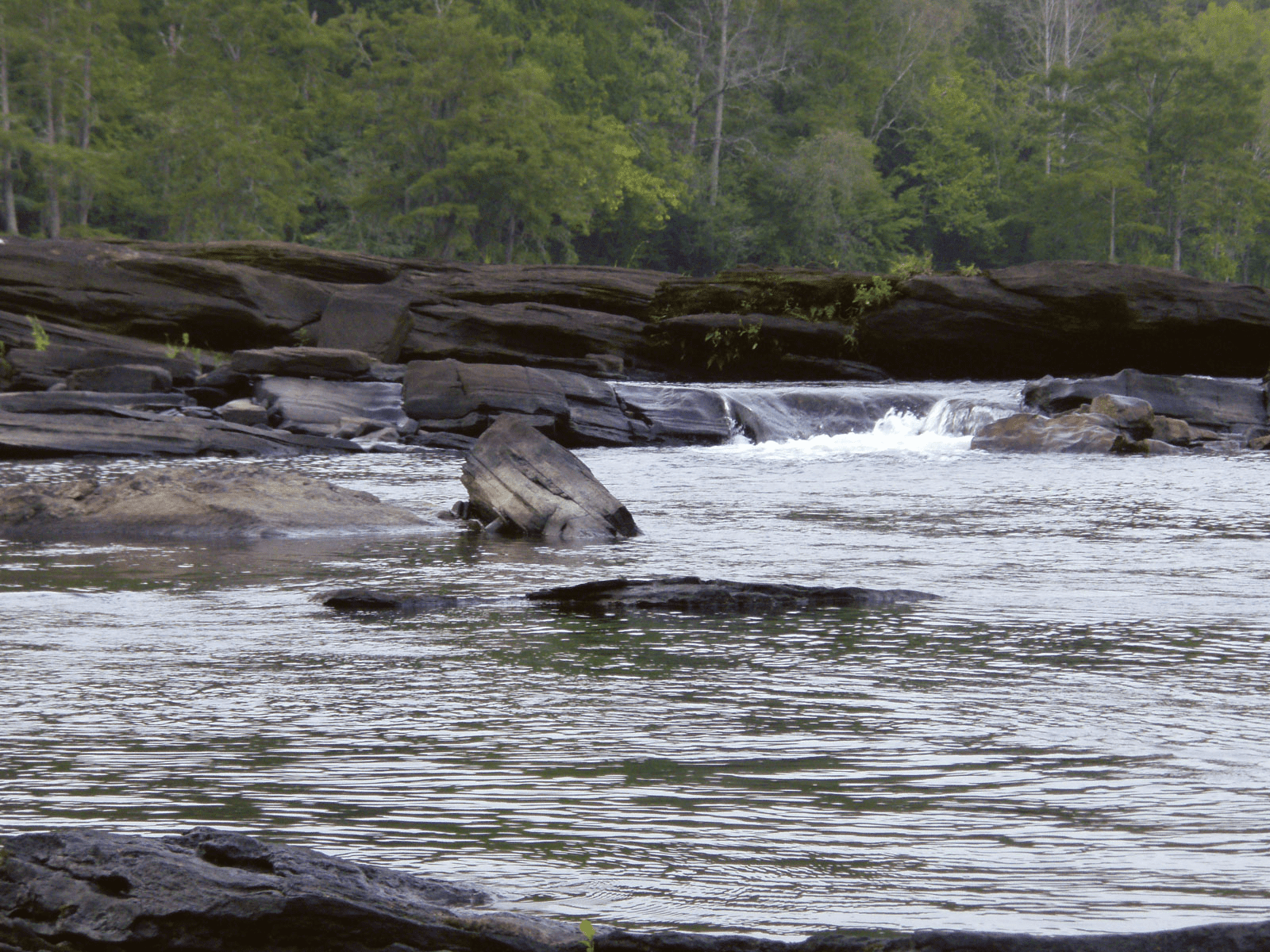 The Black Warrior River flows in west-central Alabama, kissing the southern edges of the Appalachian Highlands. It flows 178 miles to the Tombigbee River, acting as its main tributary. 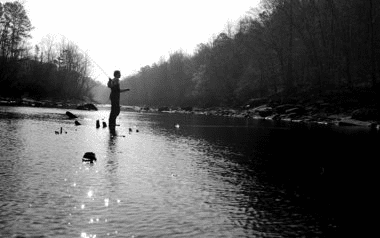 The Black Warrior River is prime territory for redeyes.

According to the Georgia River Network, “The Chattahoochee River originates in the southeast corner of Union County, Georgia, in the southern Appalachian Mountains and flows southwesterly through the Atlanta metropolitan area before terminating in Lake Seminole, at the Georgia-Florida border. The river runs for a total distance of about 434 miles.” 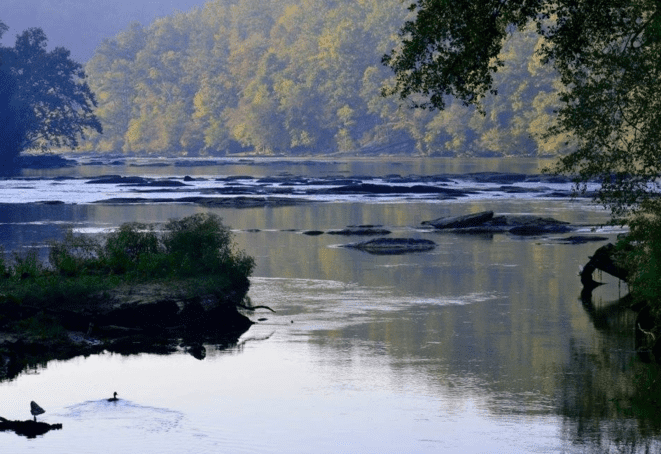 Observant readers should be noticing a trend in the preferred habitat of redeye bass.

As you can probably figure out from these locations, redeye bass, like many cousins of the smallmouth, prefer moving water to still ponds and lakes. That doesn’t mean that they can’t be found in oxbows - they can - but rather, it’s more likely to find them in a river or stream with a bit of current.

Unlike smallies, however, they’re tolerant of murky, muddy, and stained water, like largemouth.

Redeye bass aren’t a tur hybrid of large- and smallmouth bass, but they act a lot like both.

Prey items include aquatic invertebrates like crawfish, insects of all kinds, and other fish, and pretty much any lure that works on smallmouth or largemouth will tempt them into a strike, too.

First off, fly anglers should know that redeyes are suckers for dry flies of all kinds - as long as you match the hatch - but they’re also renowned for their addiction to the delicate motions of a popper.

They simply devour these lures, coming clear out of the water when they hit them! 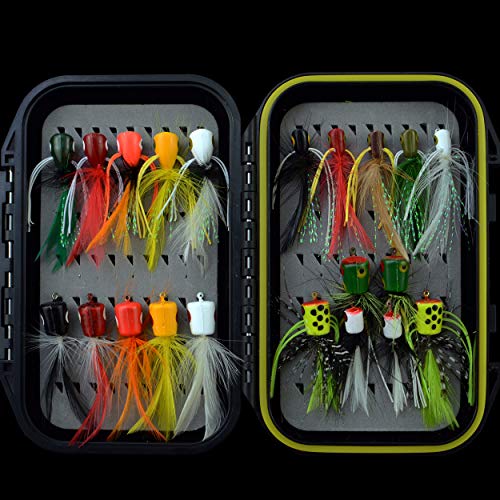 Another of my favorite options is the in-line spinner. Mepps offers a wide range of these effective lures, and they work magic just before dawn and just after sunset.

Dressed or not, Mepps spinners get hard hits when the redeyes are feeding actively.

A shallow-running, flat-sided crankbait like SPRO’s Little John is always a good idea in a river when visibility isn’t great. Those flat sides and vibrant colors attract attention, and by bouncing this crankbait off rocky bottoms, across logs, and around rocks, you’ll get the strikes you’re looking for. 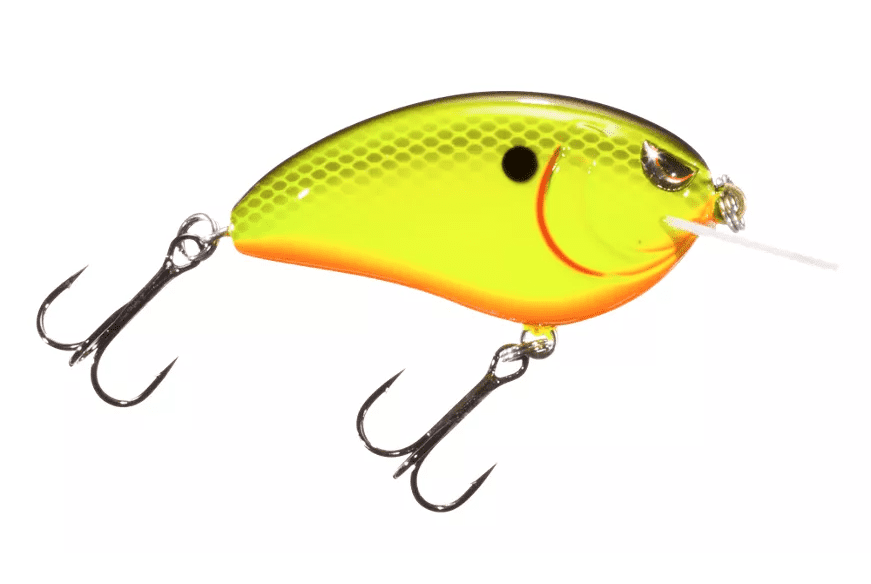 Last, but certainly not least, a small trick worm from Zoom rigged on a shaky head, a plain jig head, or run weightless and jerked with an erratic cadence is never a bad idea.

Worms are always a deadly option for redeyes - just size them down a touch.

We hope you liked this article and that it taught you something you didn’t already know about redeye bass. If you’re fortunate enough to live where they’re common, you already know how much fun they are to catch.

If this article helped you learn something new, we’d love to hear from you!