How to Tie the Non-Slip Loop Knot or Kreh Knot

Many anglers discover the hard way that a snug knot is often a poor choice for direct connection to lures. By design, snug knots will stifle action and suppress wiggle, deadening many lures beyond redemption.

The solution is a strong, easy-to-tie loop knot like the Kreh.

Easier to tie than the Rapala knot, the Krey holds fast in slick fluorocarbon and really lets a lure strut its stuff.

How to Tie the Non Slip Loop Knot 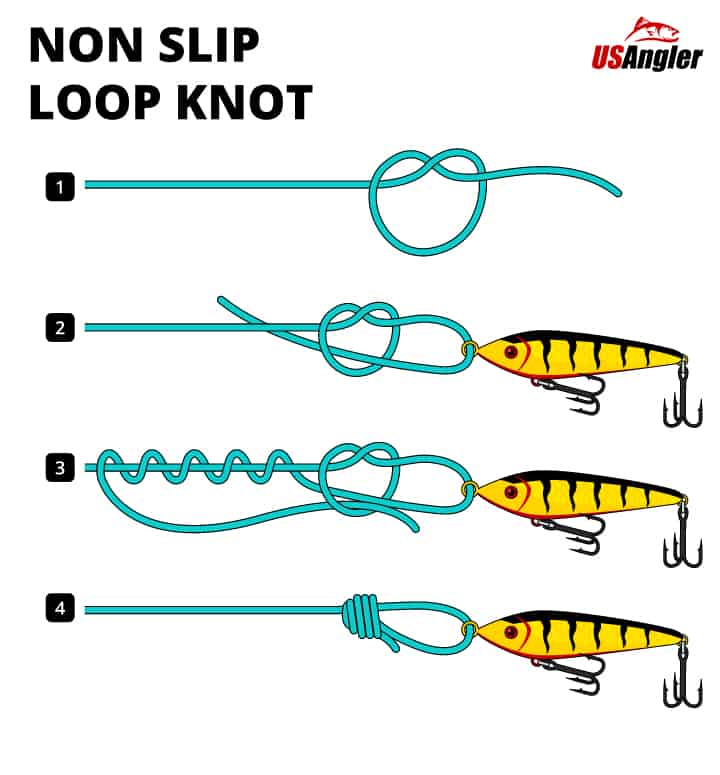 The Kreh in Fluorocarbon and Braid

As you probably know, pretty much any knot that works in fluorocarbon or braid will hold in mono.

That’s rarely the case the other way around, however!

That’s because braided and fluorocarbon lines don’t bite on themselves very well, meaning that they can’t apply enough friction against themselves to hold standard knots. The result is that they’ll “pull out” and slide free.

By contrast, mono grips against itself like you’ve applied glue to the knot, and it’s just a lot more forgiving of the knot design.

The Kreh tries to get around this slipperiness by using several clever tricks to increase friction over a large area, improving lock-up in braid and fluoro. The combination of an overhand knot and a gallows knot applies lots of pressure at two points, distributing stress and dramatically increasing friction.

That leads to good results in fluorocarbon, and it grips like a gorilla when tied in monofilament!

When Do Kreh Knots Fail?

Tied well, the Kreh will not “pull out” even in braid or fluorocarbon, and because it distributes stress pretty well, it will routinely provide about 83% of your line’s test strength in fluorocarbon.