How to Tie Jack’s Knot

Fly anglers demand a strong, small knot to attach their flies to the end of their tippet, but many - maybe even most - options simply lack the integrity we need.

Small knots tend to lack strength, but when you’ve got a fat trout fighting in a strong current, weak just won’t cut it!

Attributed to Jack Miller, a fly enthusiast who first introduced his knot to the world in a letter to Fly Fisherman in 2012, Jack’s knot is a rock-solid option for attaching a fly.

How to Tie Jack’s Knot 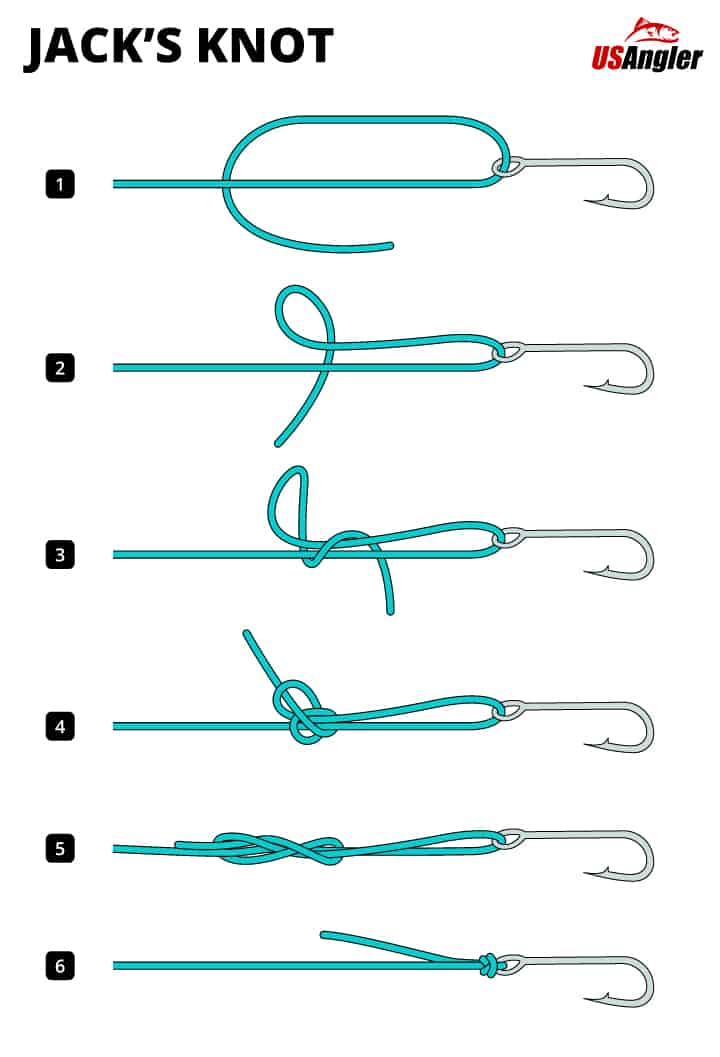 Why Rely on Jack’s Knot?

What’s Not to Love About Jack’s Knot?

Jack’s knot solves two fly fishing problems: how to tie a fast, easy knot, and how to make the connection small and strong. In that, it contends with knots like the Davy and Orvis knots, and I think repeated testing suggests that the Orvis is the knot to beat.

Hands down, Jack’s knot is easier and faster than the Orvis in small-diameter tippet, and it appears to be as strong - perhaps even stronger. That makes it an excellent choice for a snug connection.

But not all flies benefit from a snug knot, and a good loop like the Kreh can really liven them up.

In that sense, Jack’s knot isn’t the only tippet-to-fly knot you should know.

And for larger species like steelhead, I’m not sure about the holding power of Jack’s knot. For panfish, it’s admirably powerful, providing a gorilla’s grip on itself. But that single turn has me worried for larger species, and I’d trust the Orvis to get the job done instead.

Nylon monofilament is very forgiving of knot design. That’s because nylon exhibits what engineers call a “high coefficient of friction,” meaning that it likes to bind against itself.

In nylon tippet, Jack’s knot really holds well, and despite being simple to tie and very slim, it just doesn't want to let go!

Fluorocarbon tippet is another thing entirely, and though fluoro has a relatively high coefficient of friction, it’s a very dense, hard material. That means that it resists deformation when pulled into a knot, and that typically makes it weaker than mono, all other things being equal.

The good news is that Jack’s knot holds well in fluorocarbon tippet, too.

Jack’s knot is fast, easy to tie, and very strong, but it’s not infallible.