How to Handle and Release Fish: The Right Way Explained

Believe it or not, the way you handle and release fish is one of the most important things you can do for the future of the sport.

Improper fish handling kills nearly as many fish as gut hooking, and while it’s relatively simple to do, plenty of anglers don’t know how to do it right.

As a new angler, you’ll want to learn why mishandling fish can be lethal to them and how to safely handle and release your catch.

If you want to know how to properly handle and release fish, keep reading!

If you’ve ever held a fish, you’ll have noticed the thin layer of slime that covers its body.

That mucus is critically important for the fish.

It does two things: first, it improves the hydrodynamics of the fish’s scales, allowing it to swim using less energy, and second, it provides protection against diseases and parasites. 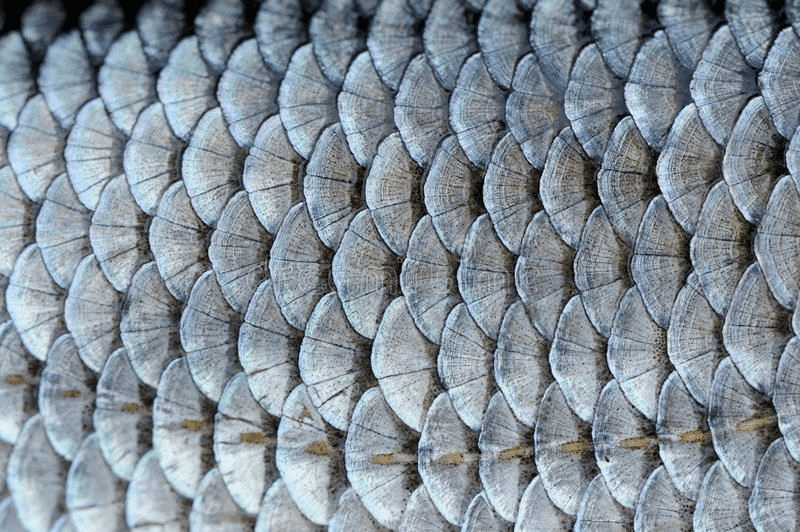 Fish scales may look smooth from a distance, but a close look reveals rough surfaces.

Fish slime coats the outer surface of these scales, smoothing them out and creating a barrier that allows them to slide through the water more efficiently.

Marine biologists like Bob Thomas at Loyola University in New Orleans explain that “the slime also affords the fish protection against surface invaders like fungi, bacteria, and ectoparasites, and it contains medicinal qualities that are soothing to open wounds. It is so effective that medical researchers are working feverishly to isolate the slime’s active ingredients in an attempt to find applications for human infections.”

Removing that slime layer is really bad for the fish, and it’s something you should work to avoid.

What not to do

Here’s a short list of things you don’t want to do when handling a fish:

Each of these common practices will remove that protective mucus, and even if you release your catch, it’ll have a harder time surviving.

What you should do

Protecting that slime layer is easy:

For many species, including largemouth bass, there’s a simple technique that keeps the fish safe and avoids removing that layer of all-important slime: lipping.

Here’s how you do it.

Fight your bass to the side of your boat or bank, get your free hand wet, and keep tension on the line. Gently reach your thumb into the bass’s mouth, using your fingers to grip the bottom of its jaw. If you don't want to use your fingers you can use fish grippers. Check out our top recommendations: Best Fish Grippers

Now lift it clear of the water, keeping the tail directly below the head. 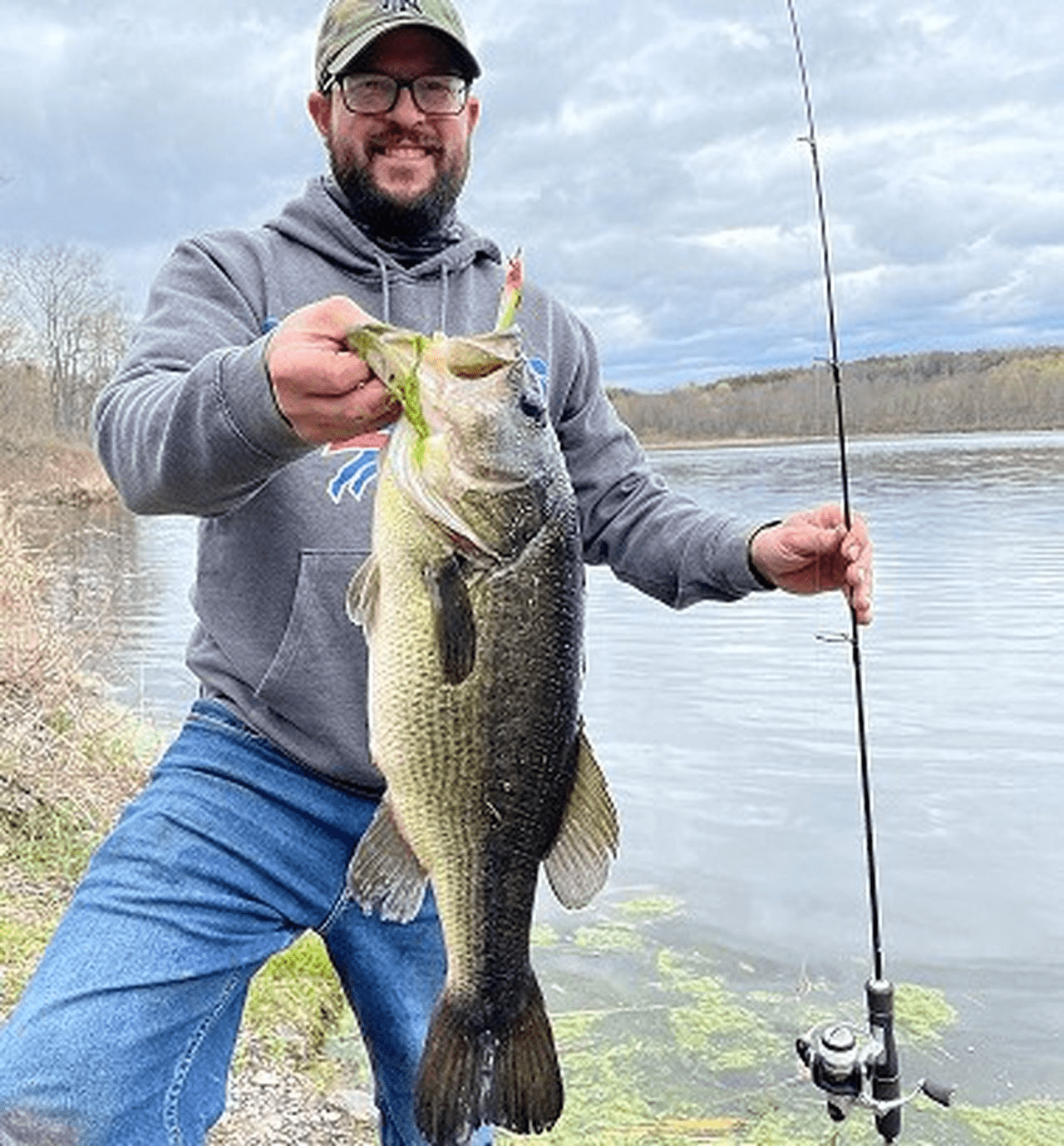 This is the proper technique for holding a bass vertically.

Keeping the head directly over the tail minimizes stress on the bass’s jaw, preventing injury that might make it unable to feed when you release it. 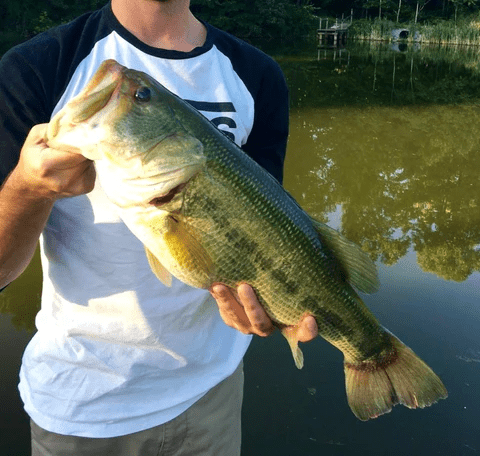 This is the correct way to hold a bass with two hands.

That second hand supports the fish’s weight, reducing stress on the jaw and neck.

Handling other species, especially those with sharp teeth

Do fish bite? They do but you only need to worry about certain species. Grabbing species like pike or muskie by the mouth is a particularly bad idea, and many saltwater species have teeth that are at least big enough to inflict a nasty wound.

When in doubt about the species and its teeth, skip the lip. 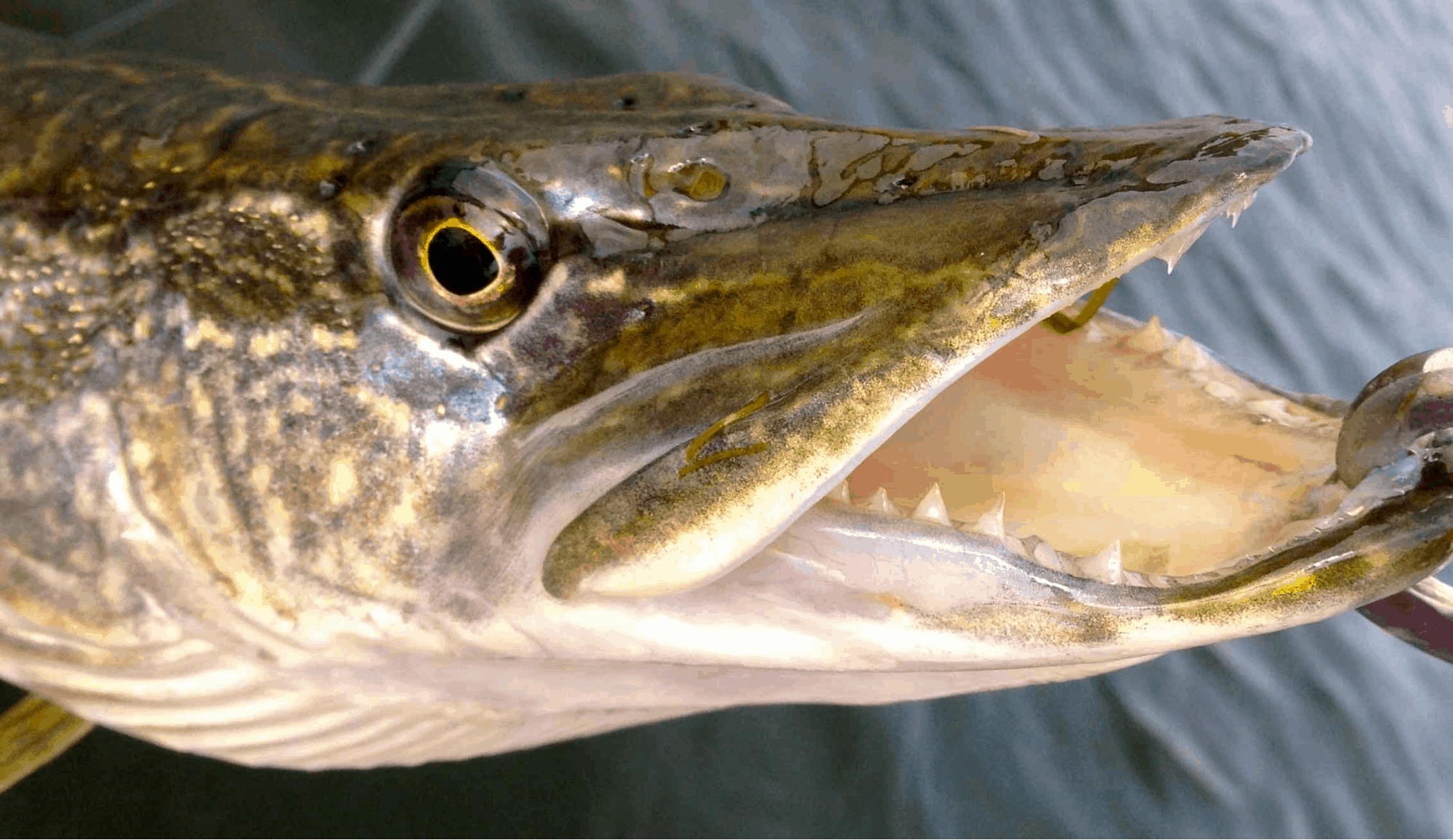 Keep your fingers away from a pike’s mouth!

Instead, you’ll need some real know-how for each species to get this part of fishing right.

For example, with pike, the proper technique is to land the fish with a net, and then with the fish calm, you “chin” the fish by reaching up under its jaw to gain control of its mouth. Then, using long forceps or pliers, you can safely remove the hook.

I’ve seen this technique work with bluefish, reds, and other toothsome species, but it takes some practice to avoid getting in harm’s way. 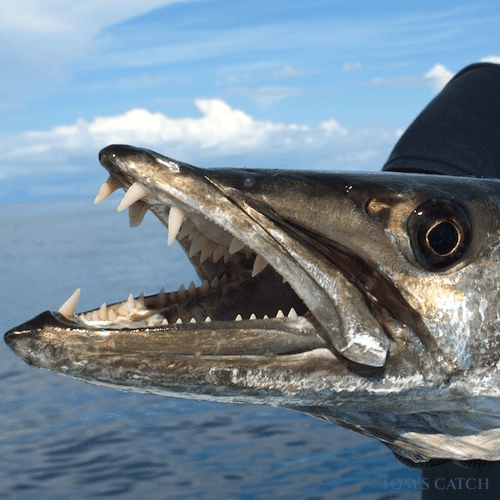 Don’t even think about reaching into the mouth of a King Mackerel.

What you never want to do is handle a fish by the gills.

These are remarkably delicate structures, and damaging them means that the fish will be unable to breathe properly, eventually killing it. 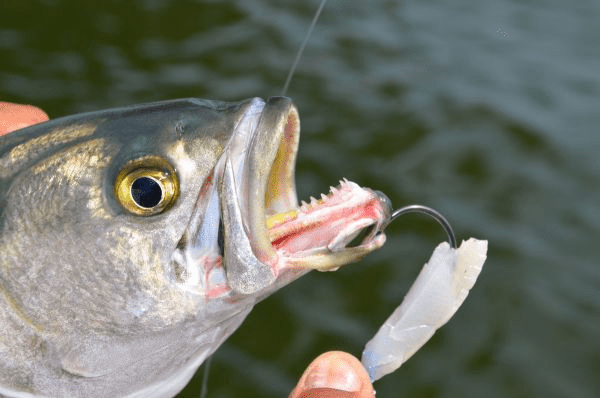 Bluefish have serious teeth that will tear you up!

In general, you want to support the fish with two wet hands, keeping it as close to horizontal as you can. That’s its natural position in the water, and that’s how its internal organs and bones or cartilage are designed to bear its weight.

And keep in mind that out of the water, gravity is working on those structures in a way it doesn’t when it’s in the water, increasing stress on its organs.

The guys from Salt Strong show you how it’s done with a big redfish, gently handling and carefully releasing their catch:

Releasing A Fish: The Final Step

After the fight, the fish will be tired and stressed. And when you pull it from the water to remove the hook, you're stressing it even more - and depriving it of life-giving oxygen!

It’s critical that you get your catch back into the water as quickly and as gently as you can.

Holding the fish carefully with two wet hands to support its weight, gently lower it back into the water. You may need to support it for a few seconds as it gets its bearings again, starts to breathe once more, and slowly recovers.

You may also need to slowly move the fish through the water to pass oxygen over its gills. That’s especially true after a long and tiring fight.

But if you’ve done your job properly, in a matter of moments, the fish should swim away on its own.

Proper fish handling is a critical skill every new angler needs to learn, and from protecting that healthy slime layer to supporting the fish’s body, knowing the right techniques can preserve the joy of the sport for generations to come.

As always, we’d love to hear from you, and we’re here to answer any questions you might have.