How To Jig For Bass: The Next Generation of Jigs Explained

If you think jigging for largemouth bass involves a naked lead head and a curly-tailed grub, you’re behind the times!

Undoubtedly effective year ‘round, jigging works wherever you find bass suspended in the water column or hunting near the bottom. It’s also an excellent tactic for teasing a hard strike from heavy cover.

But there’s more to it than simply tying a jig to your favorite rod--quite a bit more, in fact!

If you’d like to get up to speed on the fine art of the jig, keep reading.

The first thing to consider is the right tackle.

The most productive jigging happens in heavy cover. And since bass will often swallow a swim jig with the faintest of strikes, you need sensitivity and a strong hookset. In heavy cover, you really want a rod like cast-iron to drag a monster out of the weeds.

As a result, jigging rods tend toward the heavier end of the power spectrum, and I appreciate both heavy and medium-heavy rods for this technique.

One excellent choice for anglers on a budget is the Ugly Stik Elite. With backbone to spare and a sensitive fast action, this Stik is a great jigging rod that won’t break the bank. If you’re able to part with more money, the Dobyns 766 FLIP is almost impossible to beat.

Dobyns 766 FLIP just may be the best jigging rod on the market.

You’ll want to pair your rod with a fast baitcasting reel, and my pick would be the awesome Shimano Curado K in the 7.4:1 gear ratio. 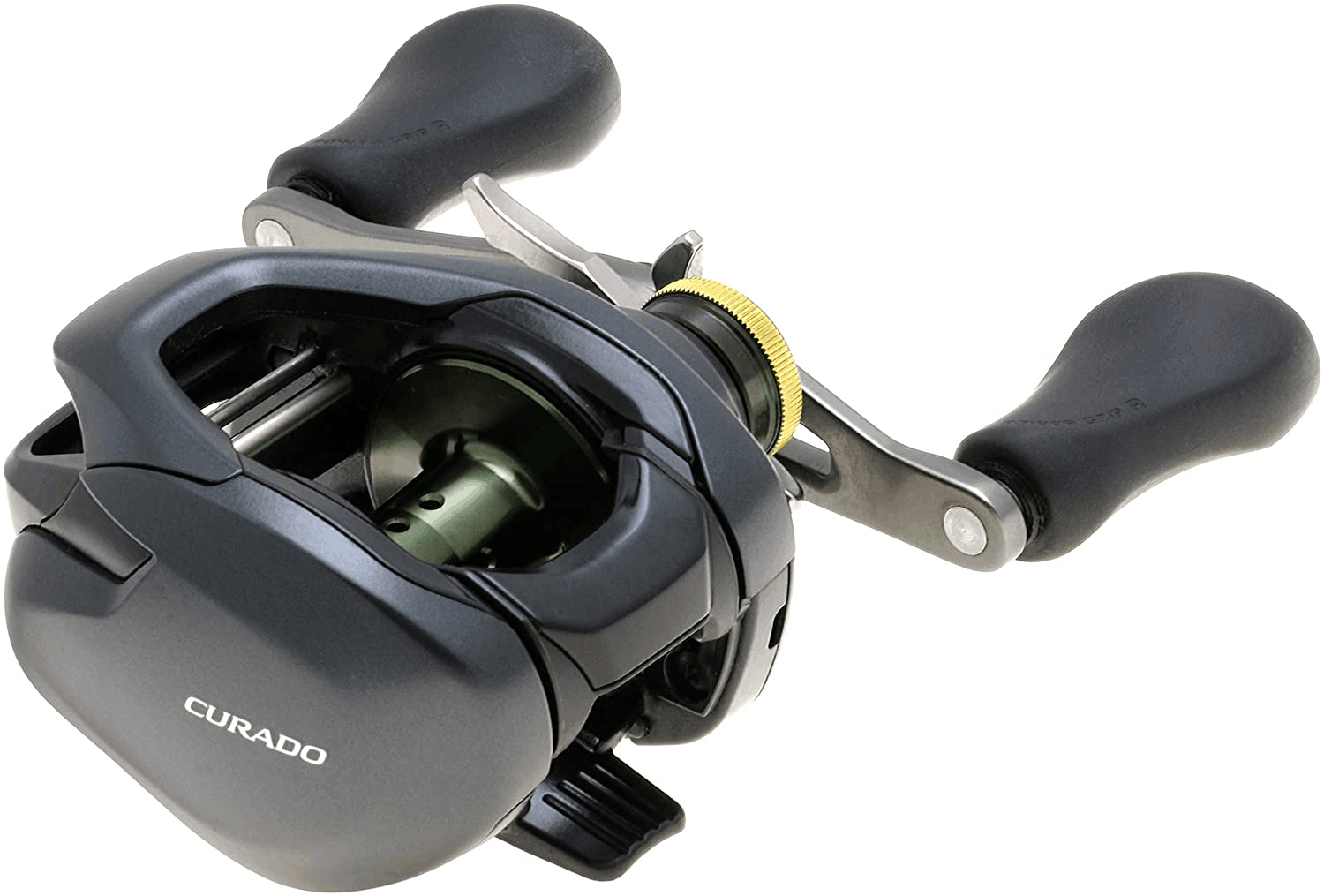 We’ve reviewed this reel before, and it’s a winner. Shimano’s Curado K in 7.4:1 is pretty much ideal for jigging.

Finally, you’ll want very strong, very sensitive line, and my recommendation is braid like Sufix 832 or PowerPro. Some anglers run tests as high as 60 to 65 pounds; I prefer 20- to 30-pound test myself. 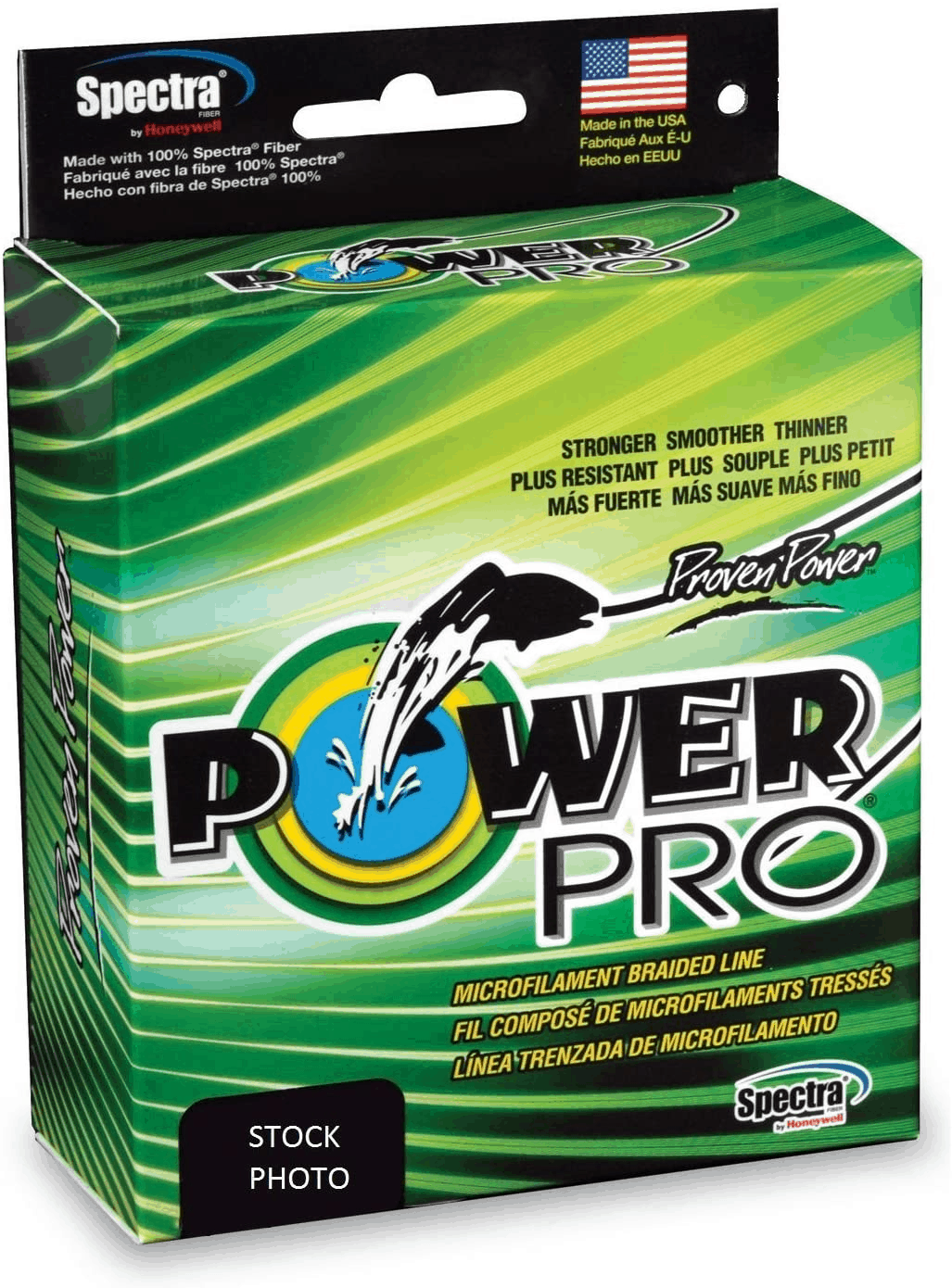 Jig heads used to be nothing more complicated than a weighted hook that used a lead head to make it sink. But when tournament anglers realized that bass were hitting moving jigs as they were retrieved for the next cast, jig design changed dramatically.

Gone were the days of a naked jig head; in was the era of the swimming or Arkie jig. 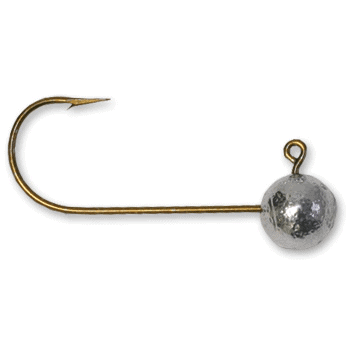 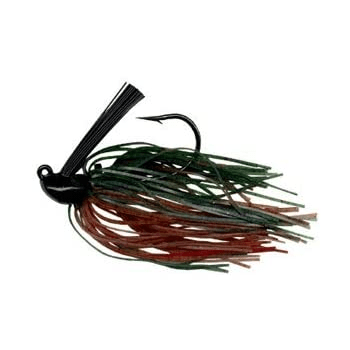 Your grandfather would recognize the jig head to the left.

An Arkie jig head is essentially a chatterbait without the blade. Designed with a skirt and a weed-busting set of bristles, these next-generation jig heads fish more like spinnerbaits or chatterbaits than traditional jigs. Further refinements followed, too, including designs like the football jig to better skip over rocks or bounce up and off logs and branches.

Add to that transformation a myriad choices of a trailer, and it’s clear that jigging will never be the same again.

How To Jig for Bass

Flipping and pitching are the top techniques for casting jigs into the heavy cover where they’re often at their best, and if you need a refresher, take a look at the video below:

The idea, of course, is to get your jig into the kind of cover that holds a big bass just waiting to ambush a slow-moving meal. For that, you’ll need lots of practice!

Check out our top picks for flipping and pitching rods

Skipping is also a deadly option, especially when you want to get your jig under docks or low-hanging brush:

When you’re up in the thick of it, you want the right jig head. For me, that often means a fast-sinking, low profile tungsten jig like Reaction Tackle’s Tungsten Football Jig. With a head that’s shaped to avoid snags, as well as an eye that’s placed just right to help you lift your jig over logs and stumps, this is often the right jig head to fish in heavy cover. 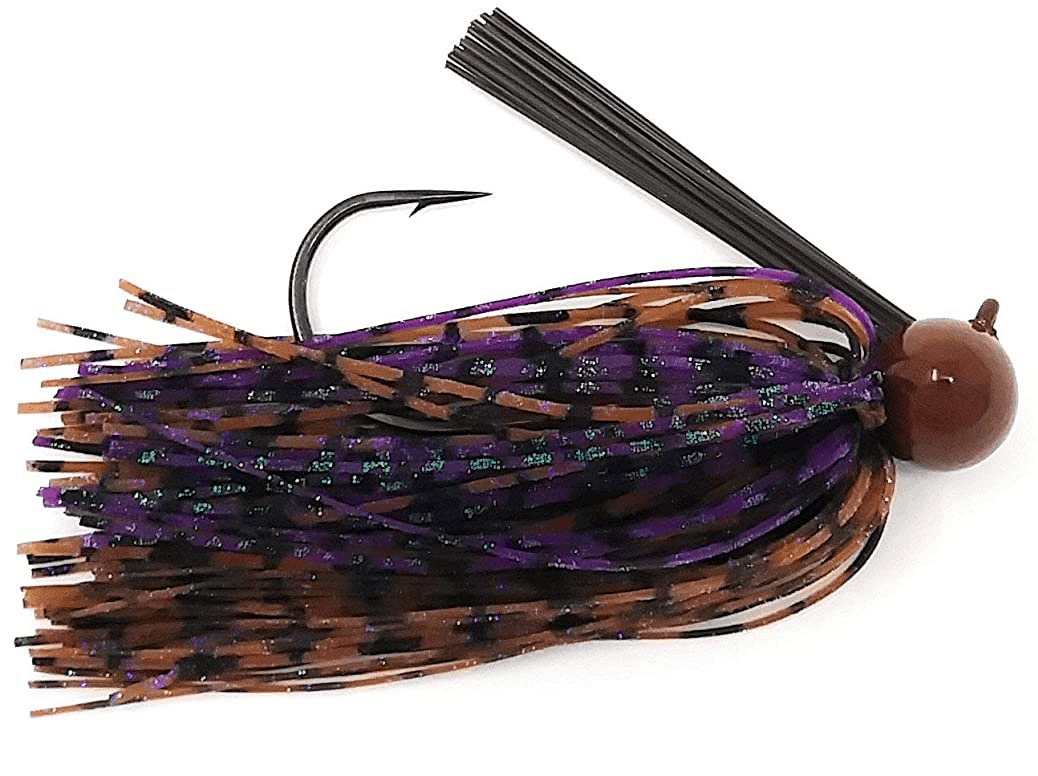 It’s hard to see from here, but the head of this jig is oblong.

When the water is cool, let’s say 55 degrees or less, I like to throw a craw trailer like Strike King’s Rage Craw. I’m looking for natural colors, and I’m trying to match the hatch. But whatever my choice, I know the action on these guys is fantastic. 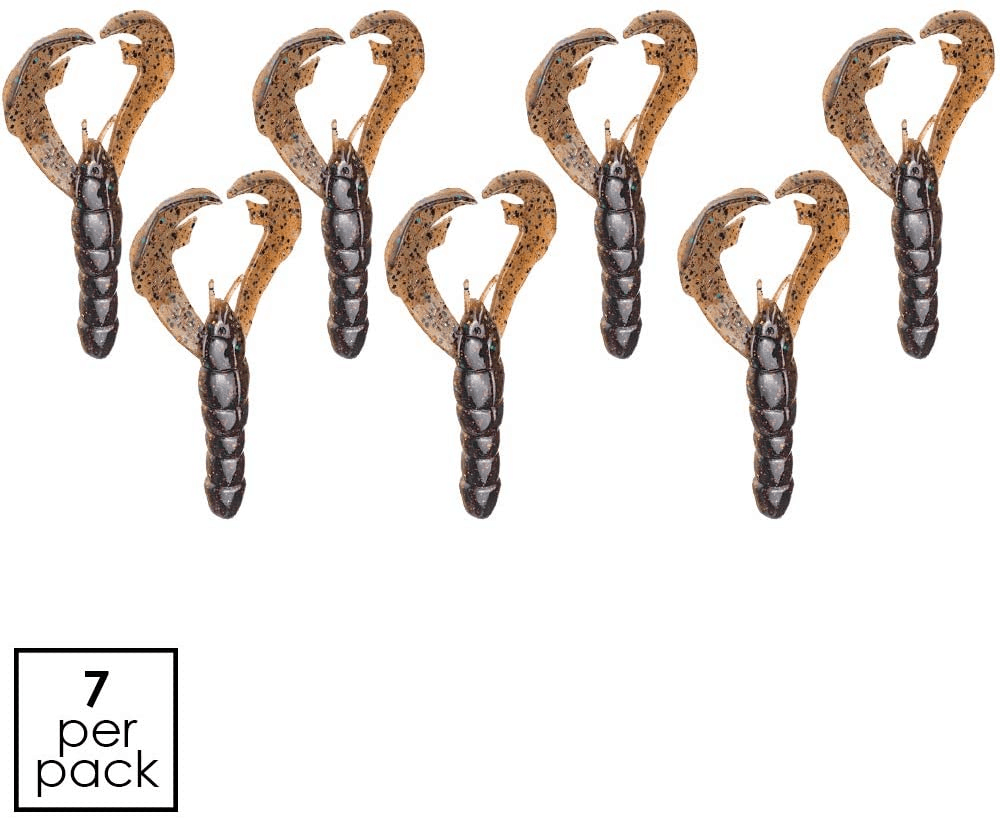 Once the water starts to really heat up, the crawfish will die back, and the shad and sunfish will explode. That’s when I’ll make a switch to something like a Gary Yamamoto 4" Zako in a natural, hatch-matching pattern and color.

Action, you say? Try to beat this!

I’ll work either of these two excellent choices in and around the nasty stuff with two different techniques.

After they hit the water, I let them settle. It’s important to pay attention during this phase, as hungry bass will hit them while they fall with nothing more than the softest nudge to let you know.

If my jig does reach the bottom, I’ll give it a bump, a short retrieve, and let it settle again--much as you would with a chatterbait--or I’ll run it like a spinner, trying to hit a stump or stick as I go to create deflection.

More often than not, that impact and sudden change in direction will trigger a strike.

For skipping, I like Strike King Tour Grade Skipping Jig. It’ll do its part to help you get up under the lowest docks and trees. 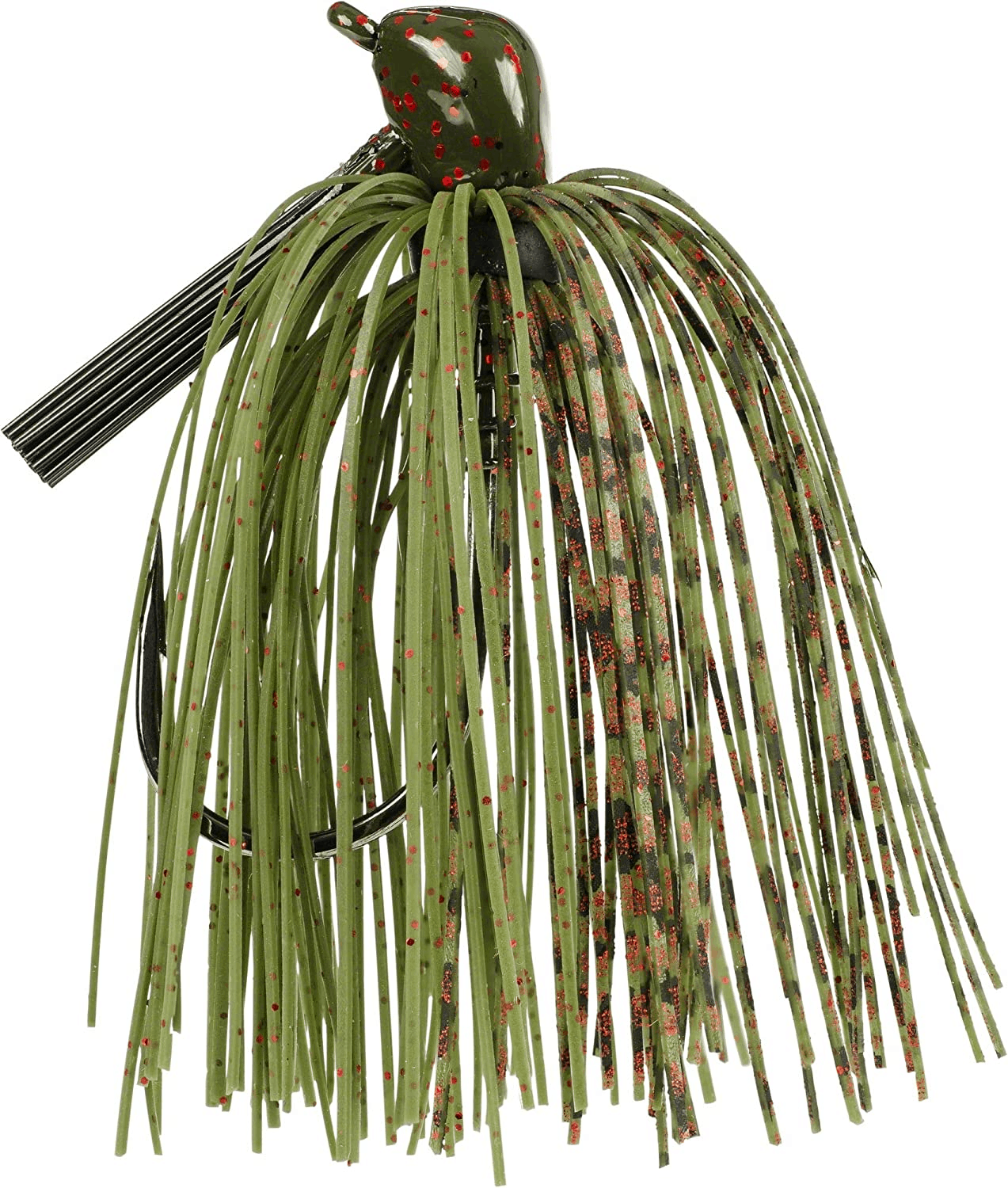 Strike King’s Tour Grade Skipping Jig is money when you need your jig to dance a few yards across the water.

Lots of anglers know that working a swim jig down the side of a weed bed or into its top can work magic.

The idea is simple: big bass will be where you find big food, and the grass attracts prey and provides cover.

I like to cast Booyah weedless jig head, armed with a Rage Craw or Zako, and pop it along the edge of submerged vegetation I can see.

I’m trying to get into the weed bed, and then I’ll lift the jig up, give my reel a crank or two, and let it settle again.

As you’d expect, the strikes come on the fall.

I’ll also target the points formed by breaks in the lily pads, cast my jig past them, and swim my weedless jig right on through the thick stuff. As I mentioned above, try to hit the cover!

The slight deflections really bring the jig to life, and the bass just can’t resist.

Vertical jigging with a standard head has its place, but the next generation of swim jigs has transformed how bass anglers think about their jigs.

And as an approach to target heavy cover with deflecting retrieves and short hops from the bottom, this finesse technique simply can’t be beat.

I hope that this article has helped you master swim jigs, and if it’s helped you catch more and bigger bass, we’d love to hear from you!