How to Humanely Kill Fish

While plenty of anglers practice catch and release, especially with sport fish like bass, there are good reasons to engage in some selected culling.

And when we start talking about panfish, specks, trout, walleye, salmon, and other delicacies we fight with our rods and reels, keeping a few for dinner is the rule, not the exception.

Unfortunately, far too many fishermen don’t consider how to humanely dispatch their catch, either just leaving them to suffocate or starting the cleaning process while they’re still alive.

Neither of these options is acceptable, and as a group, we suggest that anglers need to take a lesson from hunters when it comes to humane kills and concerns for undue suffering.

Clean kills are just as important in fishing as they are in hunting.

If you want to keep your catch for the table and want to know more about how to humanely kill a fish, keep reading.

How to Humanely Kill Fish

While there are a variety of species-specific methods, two general approaches work well for everything from trout to tuna.

A sharp, hard blow to the head, just behind the eyes, typically results in instantaneous unconsciousness and death. If the first blow doesn’t do the trick, the second almost certainly does.

Especially common when fishing for species that are big and strong enough to injure anglers when pulled into their boat, this technique is best accomplished with what is called a “fishing priest” or fish bat.

Basically, modern fishing priests are just shortened aluminum baseball bats, like this one from Hurricane.

Plenty of options for this tool exist, like this wooden priest from Wisemen. 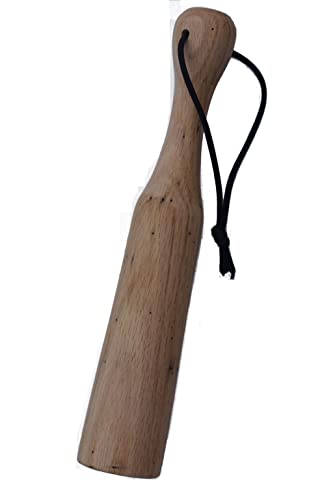 The second common method for humanely dispatching fish is to use a sharp knife to sever the spinal cord. The idea is to make a quick, hard slice behind the head, cleanly cutting the spinal cord.

This technique works well on smaller species like panfish and trout, and even on pike and walleye, if you’re careful and hold them with a firm grip.

But for larger, stronger fish, this is not a good idea.

Imagine trying this on a thrashing 80-pound tuna or a big, mean blue cat!

Save this technique for fish you can control with one hand, and use a priest on everything else.

Do Fish Feel Pain? And What Does That Imply for Anglers?

Let’s get straight to the issues of science and ethics, reinforcing why this is an important question.

And while this discussion is likely to ruffle some feathers - especially among anglers - keep in mind that we’re avid fishermen ourselves and are in no way advocating for the end of the sport.

For a long time, the scientific community was unsure about the ability of fish to feel pain.

What I mean by this is complicated. At the most basic level, it was clear that fish responded to injury. We knew that they could sense a needle being stuck into their bodies or feel a hook lodged in their mouth.

The bigger - and largely unanswerable - question is whether fish are conscious of pain, meaning whether they feel pain as you or I do.

Think of this as two interrelated questions:

The answer to the first question is certainly yes.

Repeated controlled tests have established that fish react to painful stimuli in ways that suggest they feel pain. The scientific community has broadly accepted this conclusion, and from wildlife biologists to neurological experts, this is a question that’s as settled as science allows.

The answer to the second question is more complicated.

Research has shown that fish possess a nervous system of sufficient complexity to transmit pain signals.

As Ferris Jabr writes in an article reprinted in Smithsonian Magazine, “At the anatomical level, fish have neurons known as nociceptors, which detect potential harm, such as high temperatures, intense pressure, and caustic chemicals. Fish produce the same opioids—the body’s innate painkillers—that mammals do. And their brain activity during injury is analogous to that in terrestrial vertebrates: sticking a pin into goldfish or rainbow trout, just behind their gills, stimulates nociceptors and a cascade of electrical activity that surges toward brain regions essential for conscious sensory perceptions (such as the cerebellum, tectum, and telencephalon), not just the hindbrain and brainstem, which are responsible for reflexes and impulses.”

That suggests that fish may be aware of pain, not just react to it.

And that raises the unanswerable question of consciousness.

Consciousness gets us into tricky philosophical territory right away, because we can never really know how other beings experience anything, and that’s just as true for pigs, sheep, and cows as it is for fish.

I chose those examples for a reason, because as you realize, we accept that these common livestock can suffer, not just feel pain.

And yet, we don’t ban them as sources of food.

Instead, we regulate (imperfectly) how they can be raised and killed with (among other things) an eye to minimizing suffering.

And we treat wild animals with just as much, if not more, respect.

Consider hunting, where we can find a pretty close analog for angling.

If you hunt yourself or know any people who do, you’ll surely know that a lot of effort is made to minimize the suffering of deer, elk, moose, antelope, caribou, and other game species, with careful shot placement, proper ammunition, and appropriate calibers being of critical importance to the hunt.

Note that minimizing suffering doesn’t mean a ban on hunting; instead, we have laws and regulations that aim to reduce suffering, and hunters generally take it upon themselves to act ethically.

Among other things, that implies that hunters make every effort to dispatch wounded game quickly and with a minimum of pain.

All we’re saying is that anglers should think in much the same way, minimizing the suffering of the fish they catch, especially when keeping rather than releasing.

We know this is a sticky issue and that even discussing this topic can stir up a hornet’s nest.

For some, even considering this question opens the door to anti-fishing activists, threatening the future of the sport.

But we think that by thinking carefully and acting ethically, we can ensure that angling is something we can pass down to future generations.

Humanely dispatching fish is a step in that direction.