Garmin’s ECHOMAP Ultra 126sv Review: Is This the End for Lowrance and Humminbird?

When tournament money is on the line, inferior fishing tech can cost you a win.

Professional anglers don’t just need powerful sonar and an easy-to-navigate user interface. They demand features like advanced imaging and networking options that offer them every advantage they can have over their opponents.

For anglers who earn a living on the water, including charter captains and fishing guides, the Garmin ECHOMAP Ultra 126sv delivers must-have performance. And for serious anglers aspiring to tournament wins, this Garmin is an easy choice.

But how does the Garmin ECHOMAP Ultra 126sv stack up against the best Humminbird and Lowrance have to offer? 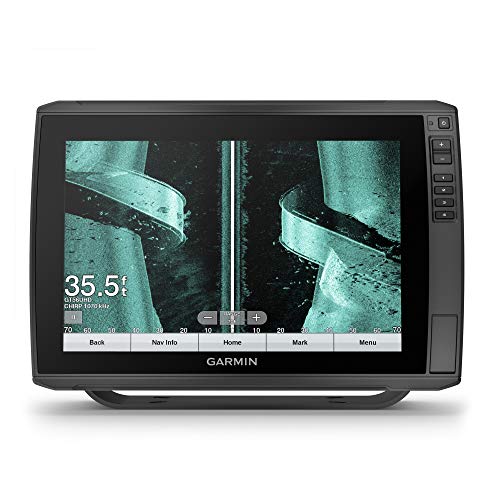 Garmin has largely ceded the mid-range to exceptional options like the Lowrance Elite FS and the Humminbird Helix series, and their own STRIKER series just can’t keep up with these once flagship models.

But Garmin’s top-of-the-line ECHOMAP Ultra 126sv is equipped to give the incredible Lowrance’s HDS Live and Humminbird’s Solix a run for their money, and the real question is whether Garmin is ready to unseat these long-time rivals.

We believe the ECHOMAP Ultra 126sv goes a long way toward accomplishing just this, and this Garmin is absolutely a winning choice for tournament anglers and professional fishermen.

Let’s discuss why in detail.

Garmin supplies the ECHOMAP Ultra 126sv with a 12-inch diagonal screen, matching the largest HDS and Solix inch for inch. Big enough to provide amazing detail at a glance, impressive resolution and a vivid color palette really make images pop. It’s very hard to say who provides the best image quality among the big three, and that’s really saying something about this Garmin.

While the company doesn’t publish the screen’s viewing angles, on the water, we’re pretty impressed. Adjustable brightness options allow for easy viewing in direct sun, and as far as we’re concerned, this unit is running neck and neck with the HDS and Solix on this front.

Decades of experience in car GPS systems have given Garmin an edge when it comes to easy-to-navigate UIs, and the ECHOMAP Ultra 126sv offers intuitive, quick-to-learn menus that’ll have you wringing every last drop of performance from this unit in no time.

Garmin absolutely nails easy-to-use, and the touchscreen menus are perhaps the best in the business.

Garmin’s flagship is paired with the amazing GT56UHD-TM transducer, which just may be the best in the business.

Capable of low frequencies (50 kHz) to increase depth and range and offering very high frequencies (1200 kHz) for amazing detail, this transducer broadcasts in CHIRP, ClearVü, and SideVü. Image quality, especially in down- and side-imaging is game-changing, and we think that Garmin might just take the crown here.

Add to that that the GT56UHD transducer is “LiveScope” capable, and you’ve got tournament-winning tech. “Live Scope” offers a continuous, live sonar image, allowing you to see your lure and fish in real-time as though you were watching them on TV. Comparable to Lowrance’s LIVE and Humminbird’s ActiveTarget sonar, “Live Scope” really is revolutionary.

All in all, Garmin is meeting or exceeding the performance of the HDS and Solix series in terms of its sonar and imaging performance.

As you’d expect from a company that once specialized in GPS tech, the ECHOMAP Ultra 126s is might capable in this department. In addition to the usual marking and waypointing, expect excellent built-in maps via BlueChart and LakeVu.

Real-time bathymetry is possible via the powerful Quickdraw Contours, which creates 1-foot interval maps of the bottom that can absolutely change how you fish. Shareable online, these self-created maps allow local knowledge of new water, making your adjustment to a new lake or river that much faster.

The networking options for the ECHOMAP Ultra 126sv are extensive. If you own any ECHOMAP Ultra 10” and 12”, or ECHOMAP Plus, or UHD 7” and 9”, you can network your fishing electronics to share information.

The ECHOMAP Ultra 126sv also allows you to control your trolling motor or other supported electronics, including a smartphone, via the ActiveCaptain app. This app also gives you access to powerful navigation tools that make planning trips a snap.

Garmin’s ECHOMAP Ultra 126sv is truly a top-flight competitor for the best Lowrance and Humminbird can offer, matching these rivals on every front while offering better imaging in shallow water and an easier-to-navigate user interface.

For serious anglers and professionals, it’s hard to find fault with this control head and transducer, and it just may be the most capable fish finder currently on the market.