Fly Fishing With A Spinning Rod

There are lots of good reasons to give flies a chance on your spinning rod.

You may be traveling and only have room for one rod. You might not have mastered the art of fly casting--or might not care to! It may be that you have a nagging shoulder injury that makes fly casting torture. Or perhaps the high cost of fly tackle puts it out of reach for now, and you’re looking for an alternative that lets you fish what you already have.

Whatever the reason, we’re here to assure you that flies cast with spinning tackle are at least as deadly--if not more so--than when worked with dedicated fly gear.

Keep reading to uncover the techniques and tips that’ll have you fishing flies in no time!

With a fly rod, casting is accomplished by using the weight of the line itself. Your nearly weightless flies are just along for the ride, propelled by proper technique and heavy fly line tipped with leader and tippet. 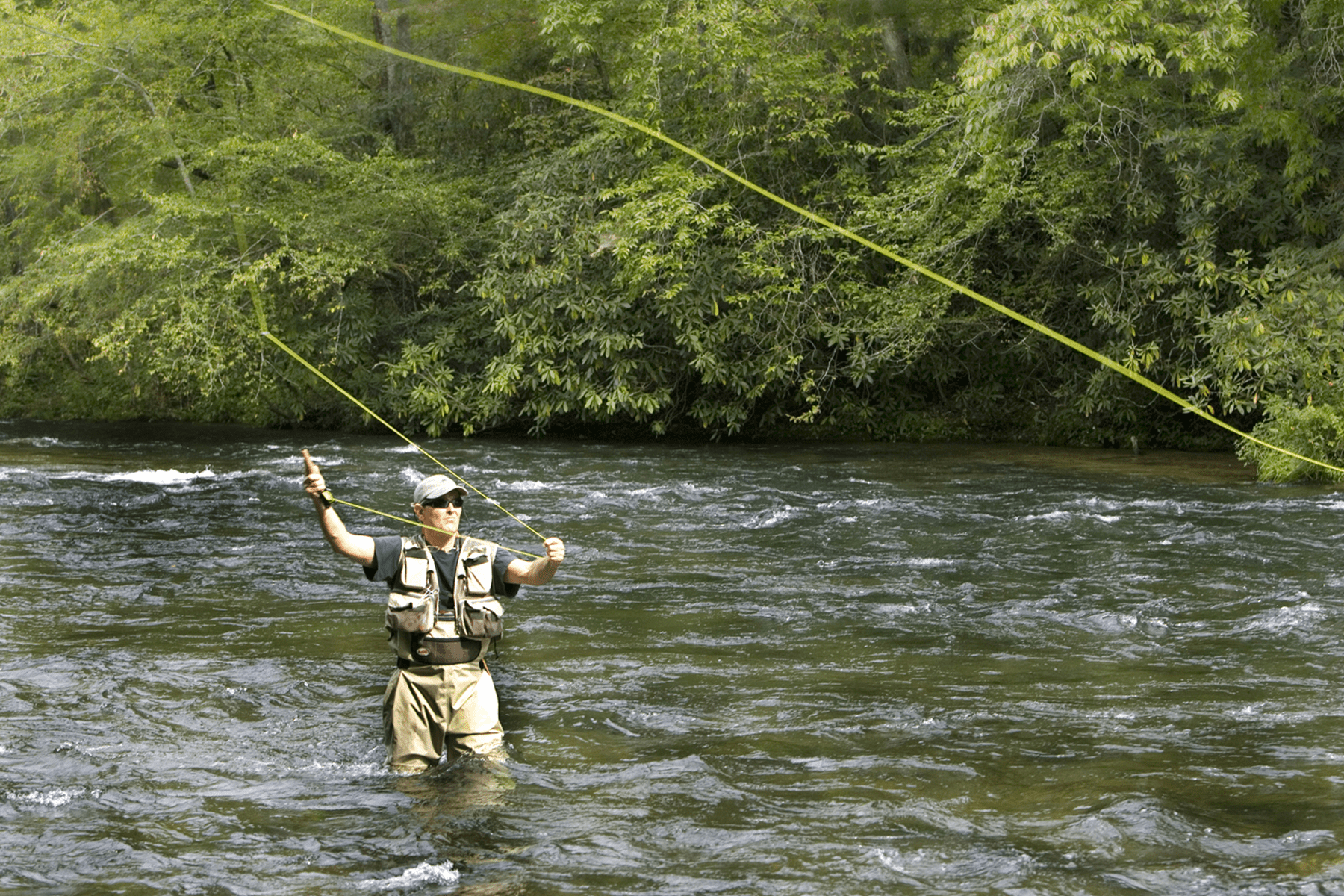 Casting with fly tackle relies on the weight of the line to propel the nearly weightless fly.

On spinning tackle, however, you can’t rely on the weight of your line to propel a fly.

Fortunately, anglers in Europe have a solution!

On a recent trip to the Una river in Bosnia and Herzegovina, I encountered anglers who were casting with spinning rods armed with flies. After a long, careful look and a few in-depth conversations, I had the gist of the method to their madness.

The Una is a fly angler’s dream river.

Their secret? A variety of weighted casting bubbles that let them pitch a fly (or two, three, or four) a country mile without sinking their flies or deadening their delicate action.

Here’s how it works.

By far the most common technique I saw was the use of a casting bubble. 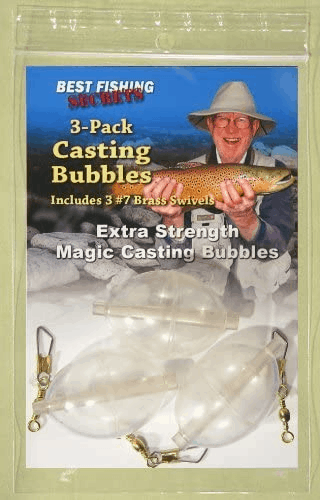 Rare enough in the United States that I had never seen one before, it turns out that they’re easy to come by from Amazon. Best Fishing Secrets offers a 3-pack with included swivels, making rigging--especially for nymphs and wooly buggers--really easy.

Rainbow TP-1B Torpedo Bubbles are a great choice, too, especially for dry flies. 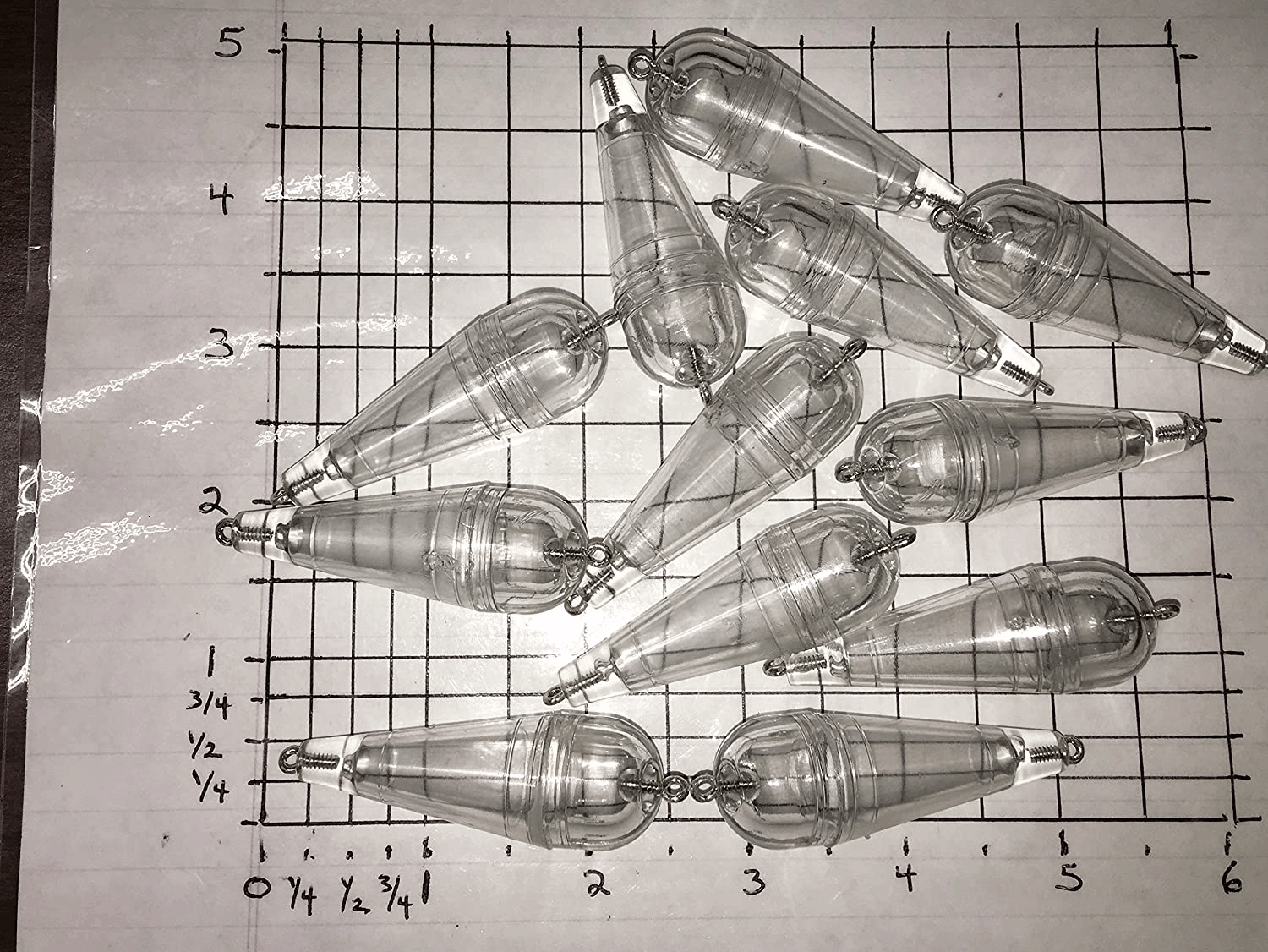 Using them is pretty simple.

With the water casting bubbles like the Best Fishing Secret, you simply fill the bubble with enough water to allow casting. The torpedo-style is pre-weighted, so it’s ready to go out of the box.

I did some experimenting on my own, and it turns out that a slip float will work well, too.

You need to pick a float that’s heavy enough to allow decent casting, probably no less than ¼ ounce. Thkfsh offers a nice design in ⅙, ½, and ⅜ ounce weights. 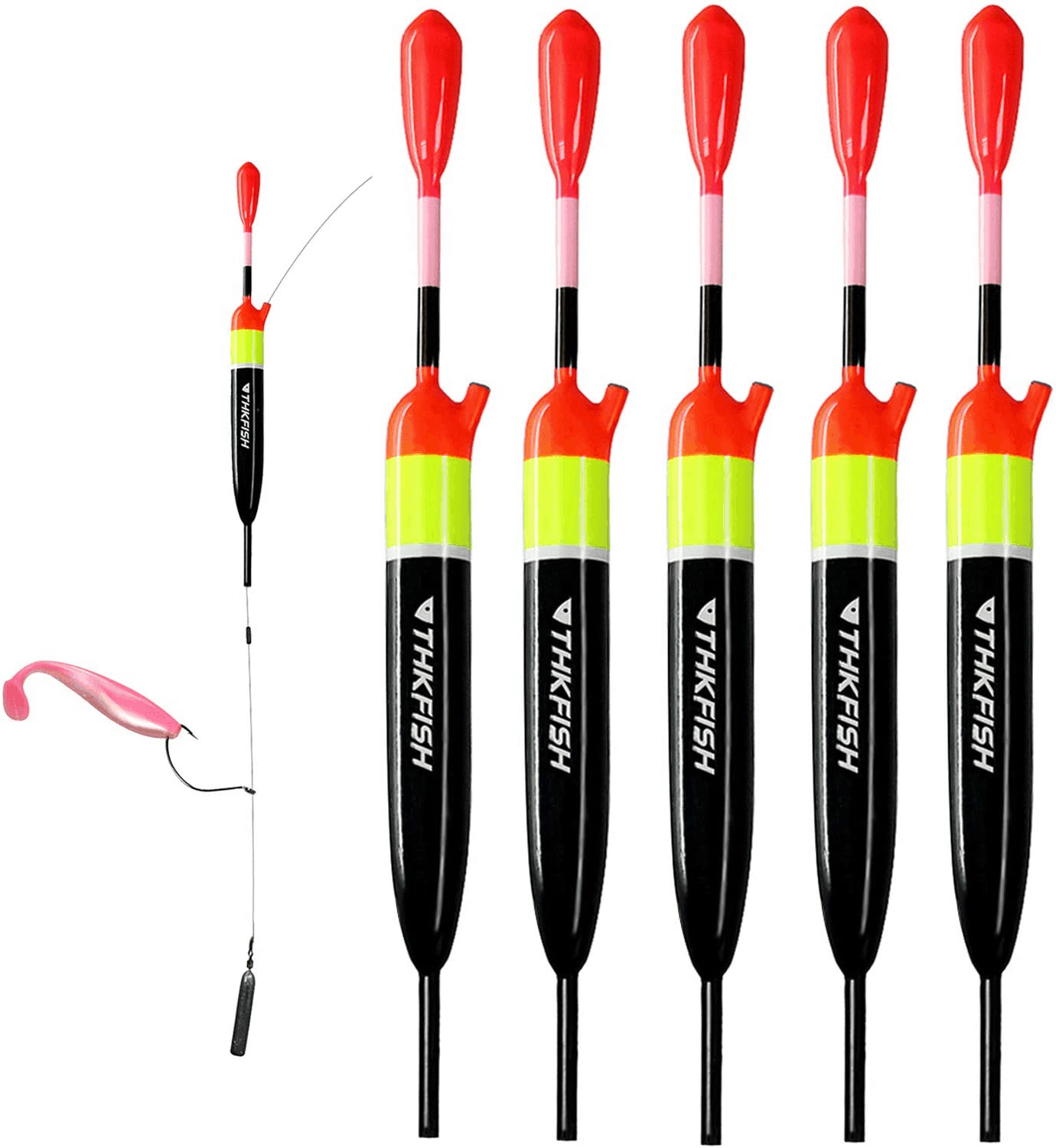 If you’re not sure how to set up a slip float, this tutorial will get you straight in no time:

All you’ll need is a few knots and bobber stops. 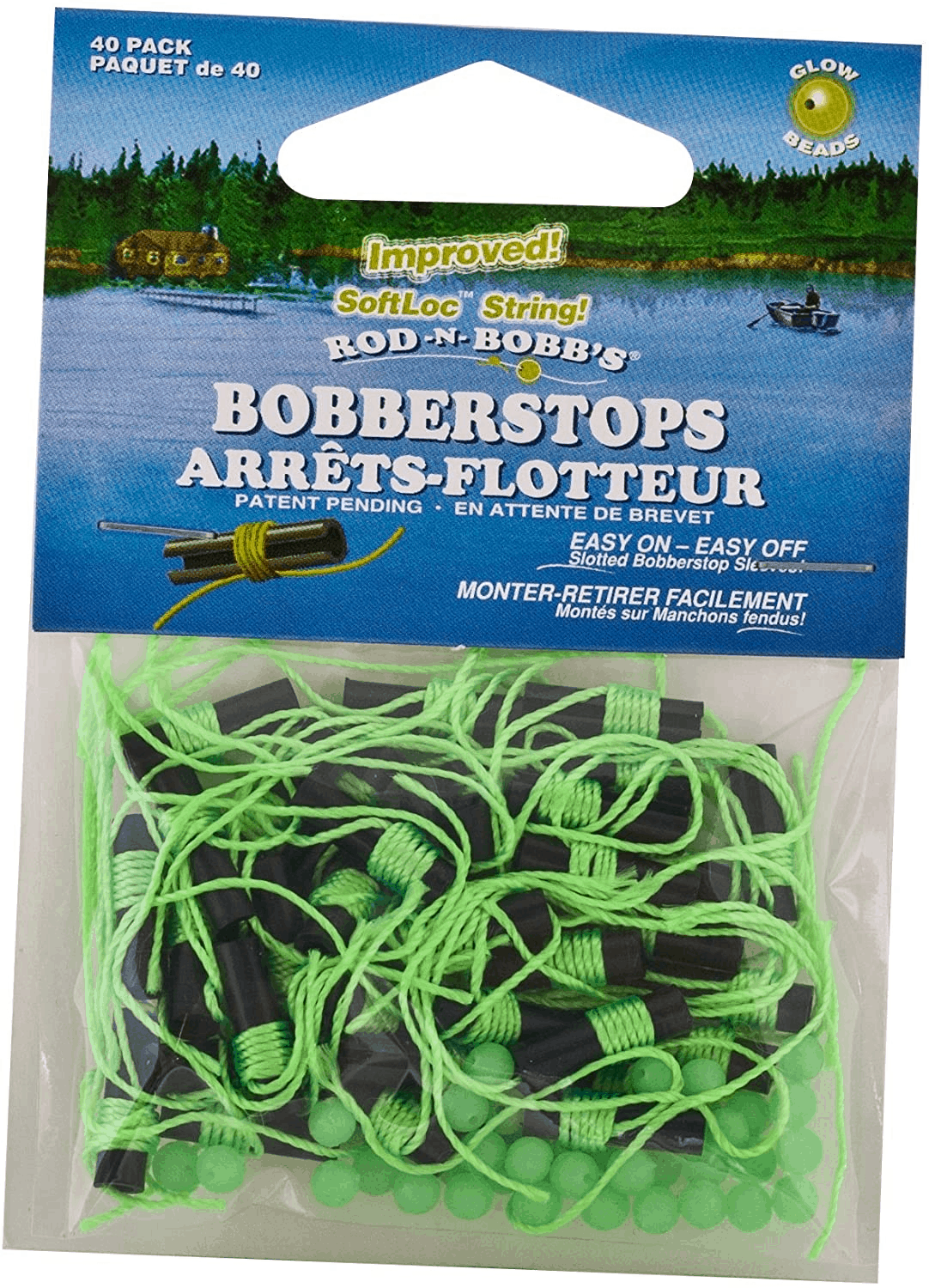 The Setup: Get This Right!

The basic idea is simple: you need weight to cast a fly with spinning tackle, and both casting bubbles and weighted slip floats will get the job done.

Whichever option you go with, the real trick is the setup.

For best performance, you typically want the fly at the end of your line. If I’ve opted for a casting bubble, I like to run standard-weight mono like 6-pound Stren Original to one side, and lighter leader like 4-pound test to the fly. Better yet, leader material like Trout Magnet S.O.S. 2-pound copolymer mono is a real winner.

Many casting bubbles offer eyes at both ends, but some work like slip floats and need a big stopper. Both designs work well, with the sliding option being easier to cast.

If you’ve chosen to run a slip float, you’ll want to rig your float, adjust its depth, and connect your main line to your leader a foot or so below the float. For this, a Double Uni knot is ideal.

If you’re not sure how to tie this knot, check out our tutorial:

The next step for both options is to measure out your leader. I like about 3 feet, as more makes casting tough and less puts the fly too close to my bubble. 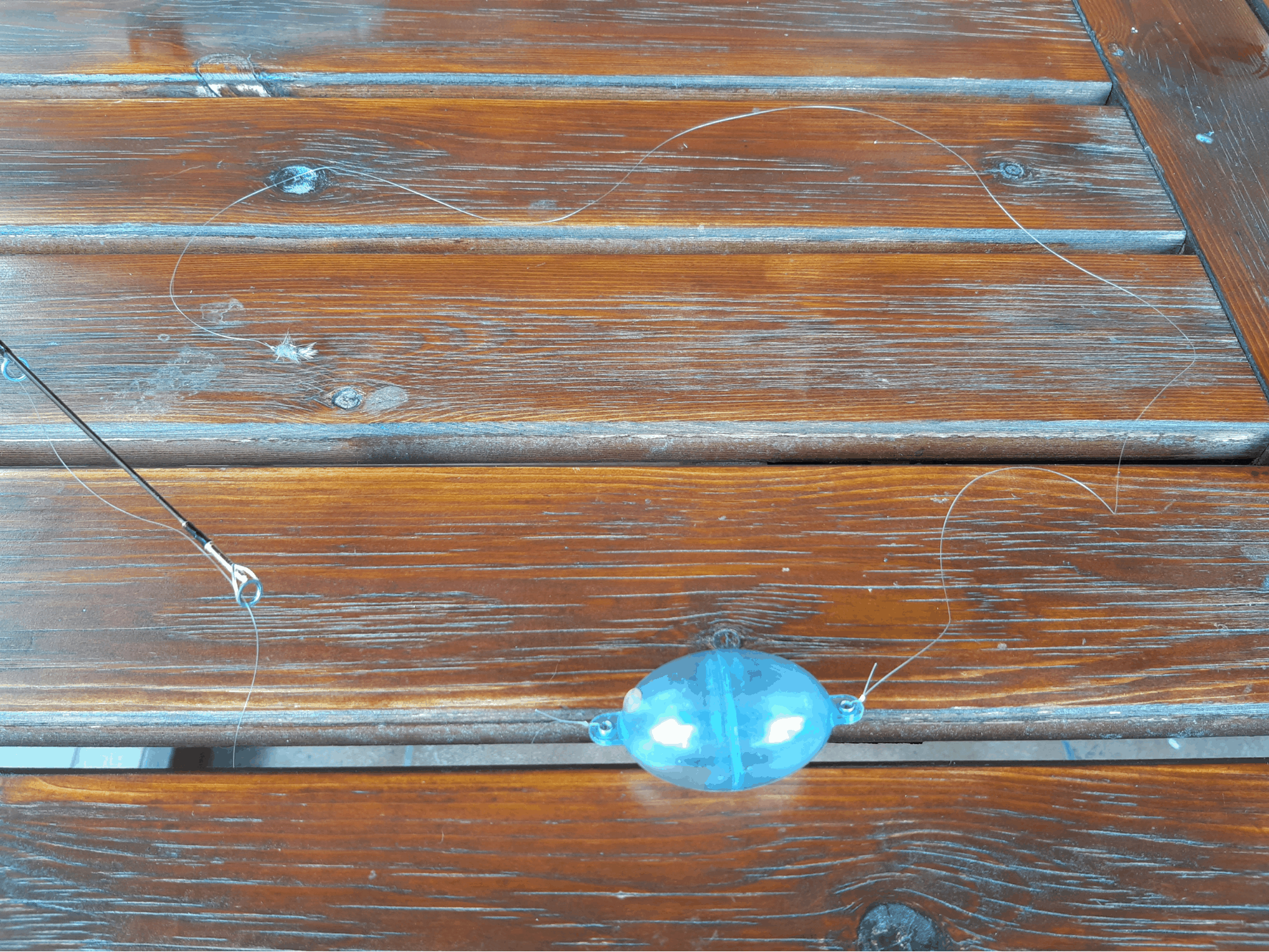 I like about three feet of line between my casting bubble and fly.

After attaching your leader to one end of your casting bubble, just tie the main line on, too, and fill the bubble with enough water to give you a nice cast.

Always apply some dry fly floatant. I like Hackle Armour Classic Dry Fly Dressing. That’ll keep your fly on the surface much longer.

But if I’m working a nymph or woolly bugger, I may crimp a bit of split shot about a foot from the fly to help it sink.

Some anglers find that the fly tends to land on or near the float or that the often limp leader can create problems with hooksets.

An alternative rig is preferred by the gentlemen I encountered on the Una.

They run the casting bubble at the end of their main line, placing their flies along the main line, starting about a foot to the rear of the bubble.

Several of the anglers I ran into had as many as four flies attached this way, and as they had been doing this for decades, I’m pretty sure it works!

For this alternative, tie the fly with a simple overhand knot, attaching the tag end to the casting bubble.

The strength of the knot won’t matter, and the overhand will keep it in place nicely.

Casting flies with a spinning rod isn’t hard, and with the right equipment and a bit of know-how, you can take advantage of the stronger rods, better drag, and harder fighting reels spinning tackle offers.

If this guide has helped you, we’d love to hear about it.

Please leave a comment below and don't forget to check out our fly fishing tips!