Fly Fishing Tips and Tricks to Improve Your Odds

Fly Fishing small streams and creeks can offer explosive excitement, and you’ll often find me working a local river that’s about two rod-lengths across at its widest points.

The trout can be thick as thieves there on the best days, but they’re as wary as a cat at a dog park!

If you’re having trouble fly fishing, it may not be your technique or fly selection, but instead your strategy and approach.

We’d like to help, and below, you’ll find some of our best fly fishing tips. 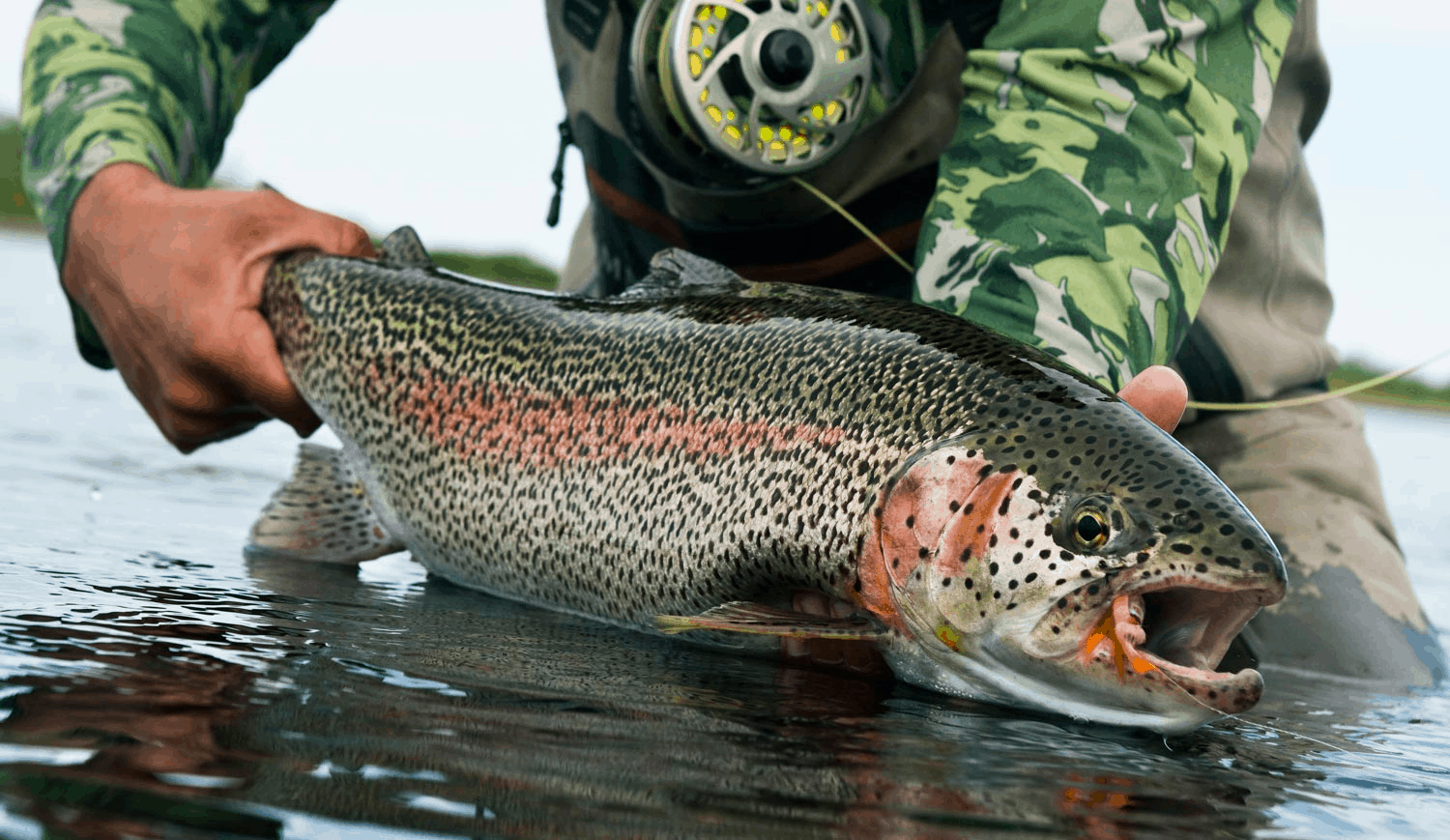 As plenty of experienced fly anglers can attest, trout are wary fish, and from loud voices to noisy footsteps, anything that alerts their sensitive lateral line of your presence is going to spook them. 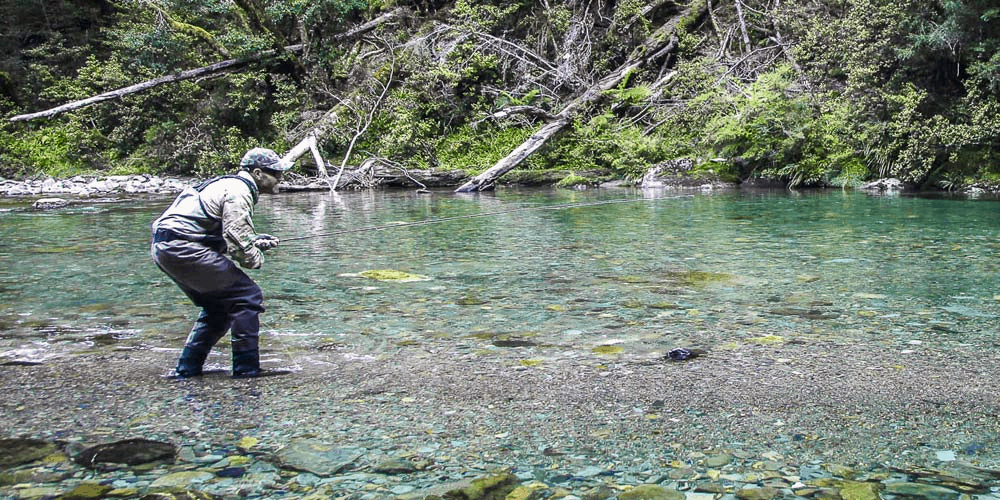 Keeping low and watching your shadow really will make a difference.

It’s best to approach the stream with caution, slowly, measuring each footfall. That may seem like overkill, but I can guarantee that you’ve spooked some nice fish that were adhered to right where you planned to stand and cast or enter the water.

This rule holds true for wading as well.

Move deliberately and as stealthily as you can. It really will make a difference.

Stay out of sight--and watch your shadow

Trout have keen eyesight as well, and if they catch a glimpse of you approaching, they’ll take off in a flash.This is especially true on small creeks and streams. 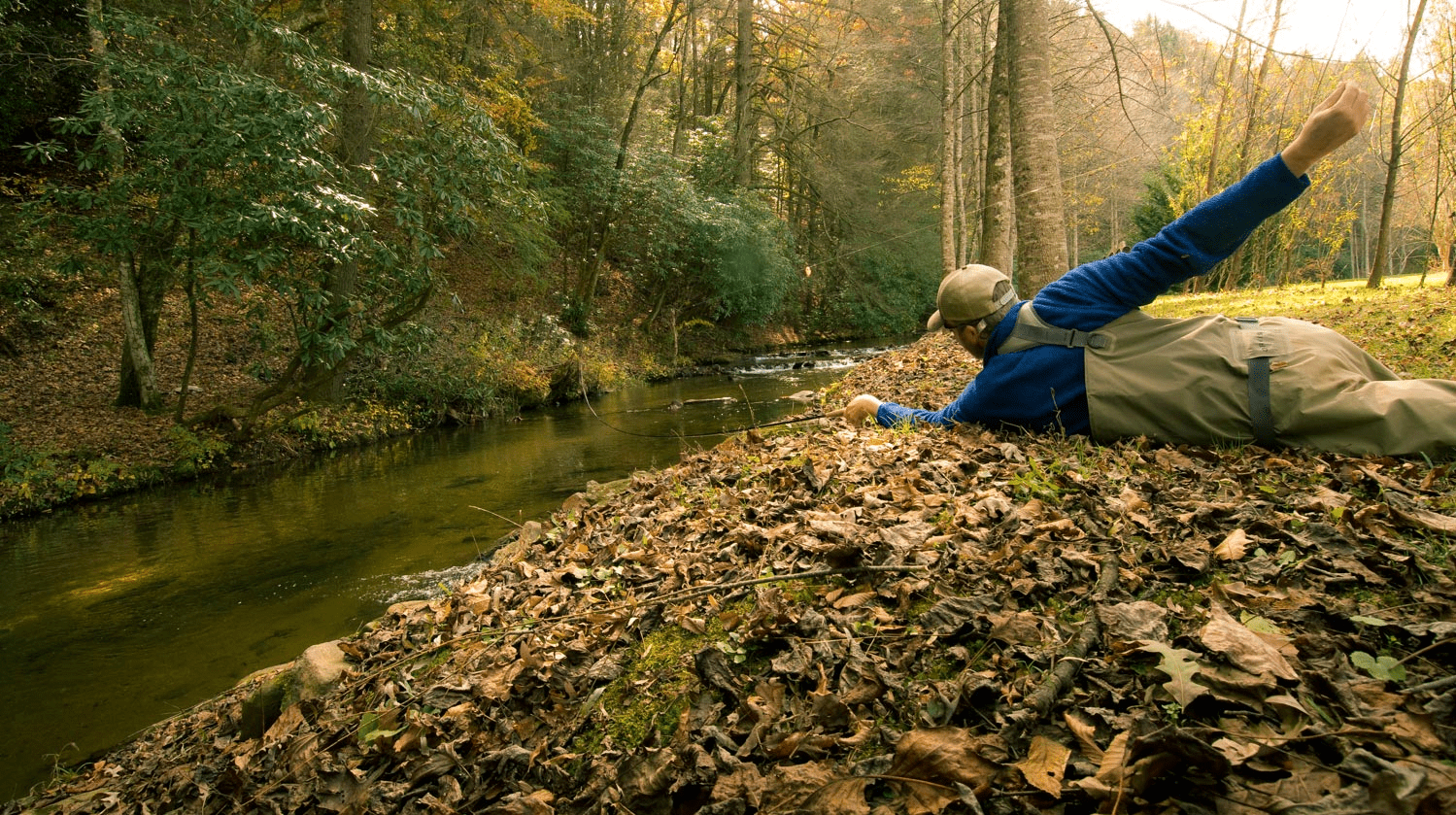 Louis Cahill shows you how it’s done when the trout are super-spooky!

And if you’ve ever wondered why you don’t have the success of the pros, it may not be your fly selection, river reading, or technique! It may just be that they go the extra mile to stay stealthy. 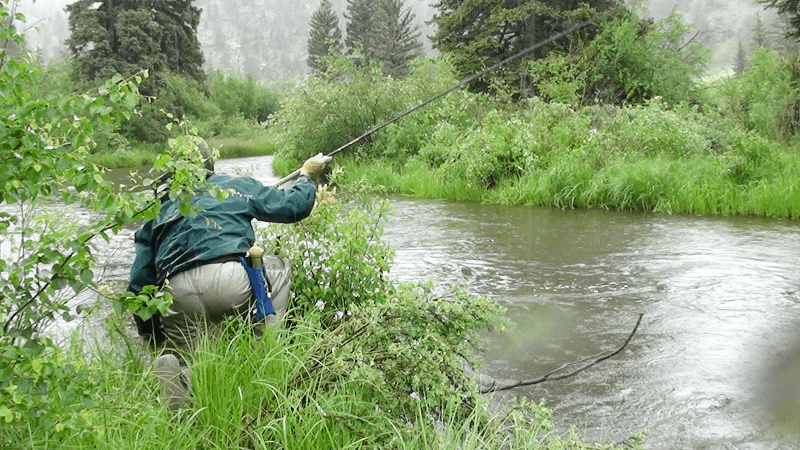 For some insurance, keep low and creep. Don’t give them the chance to see you before you spot them. Watch the sun, too, and keep your shadow off the water if at all possible.

One tip that I learned the hard way is to stand back from the water--at least a rod’s length--and make your first few casts to the shallows where you plan to fish or enter the water.

More often than you’d suspect, a trout or two you’d have spooked is just waiting to take a fly.

Remember, there are fish on your side of the water, too

When I used to fish the bayous of Louisiana, it was commonplace to watch someone put their boat in the water and then race off to parts unknown, only to see a savvy angler casting right at the boat launch pulling nice fish out of the water.

We’d chuckle about that and then race off ourselves.

Don’t make that mistake on a stream. All too often, we succumb to the mistaken idea that the fish aren’t where we are, but rather over there--wherever that is. You could call this “the water’s always bluer over there” mistake.

When you get to the stream or river you plan to fish, don’t neglect to work the water on your side.

Look for eddies, ripples, foam lines, and quiet pools where insects and other prey will be swept by the current--and look for them closer to you than you might think.

Be quiet, be stealth, and target tour near to hand.

You’ll be surprised by how the water near you is holding nice fish!

Don’t go for the longest casts you can

Watching a master fly fisherman cast is simply amazing, and seeing someone who has the talent to send a fly a country mile with pinpoint accuracy is enough to kindle envy in any trout angler.

But truth be told, long casts are problematic. Not only do they make hooksets less certain, but they also set you up for potentially unwinnable fights.

The more line you have out, the more chance you give the trout to get away. That’s simply a fact!

But it’s just as true that there are fish at your feet you’re missing, targets far, far closer to you than you may expect.

As John Zimmerman remembers, “Fish were rising up and down the river, munching on yellow bugs as far as I could see in every direction. And fish were rising within ten feet of every single angler I saw, but instead of smart, productive fishing, I saw one 60- to 80-foot cast after another.”

“Be patient,” he says. “Catch those fish close first. The fish you saw 60 feet away aren’t going anywhere. But if you keep casting over and over the fish right in front of you, you might just put those guys down for good.”

When you’ve worked the waters nearby thoroughly, move--don’t cast!

Creep, step deliberately, and get closer.

Trout breathe when oxygenated water passes over their gills. That’s why you’ll generally see them sitting head-on into the current.

And with eyes that can target a mayfly 20 feet away, you want to stay clear of their business end.

I can drop a fly in front of any waiting trout without presenting myself at the same time. And as simple as this sounds, it really will increase your chances.

Tom Redington may not be a fly angler, but he knows exactly what he’s talking about:

Skip the indicators--or trim them down

Indicators can be awesome tools to detect strikes, and there’s certainly an argument to be made for them when you have a lot of fly line on the water.

But there’s also no question that they increase drag problems and can spook fish.

Especially on small streams where you’re working your flies up close, it’s best to skip the indicator. That’s true, too, when the water’s very clear and barely moving.

Instead, keep your line tight and keep your rod tip high. Take a tip from Tenkara, and you’ll find that spooky fish are way more likely to take your fly.

If that’s just not something you can do, I recommend that you look at products like Anglers Accessories Poly Vee Rubber O-Ring Yarn Strike Indicators. Trim them down a bit to make them a tad less obtrusive, and coat them well with fly float. They’ll stay afloat all day if you do, scare fewer wary fish than a larger indicator, and still get the job done.

I trim these indicators to make them less noticeable.

Fly angling on small creeks and streams can be incredibly rewarding--or incredibly frustrating!

And we hope that these tips up your game when spooky trout are inclined to take off at the slightest noise or shadow.

If you’ve found this article helpful, we’d love to hear from you! Please leave a comment below. 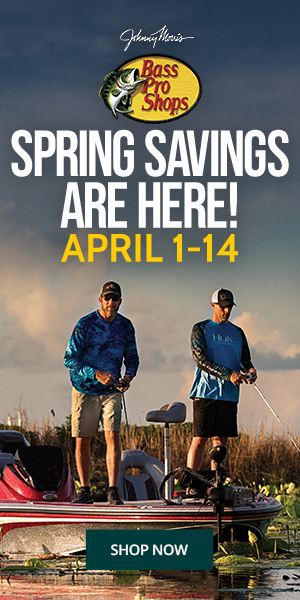