Most anglers know that a “fast” gear ratio means that you can expect a reel to pick up lots of line per turn of the handle, and speed is certainly one of the aspects of reels that receives attention in advertising.

But beyond that, there are mostly unanswered questions:

Don’t beat yourself up if you can’t provide solid answers - reel manufacturers aren’t exactly giving away the answers!

But we’ve taken a hard look at the insides of your reel, and we’re ready to set you straight.

Want to know what’s going on with gear ratios?

Fishing Gear Ratio 101: What are Gears and How Do They Work?

Fishing reels use gears to translate the power of your arm to the spool.

With cleverly designed gearing, each turn of the handle generates force on the spool, allowing you to pick up line and apply torque in a fight. 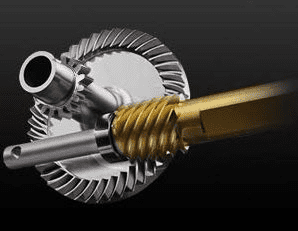 Three materials are common in the manufacture of fishing reel gears: stainless steel, brass, and aluminum.

Stainless steel - By virtue of its component elements, steel can be made very resistant to corrosion. And of course, materials scientists and engineers know how to harden steel so that the gears are very durable.

But steel is already a very hard material, and cutting precise teeth in a gear takes specialized equipment and time. Both add costs to manufacturing, costs that are passed on to consumers. 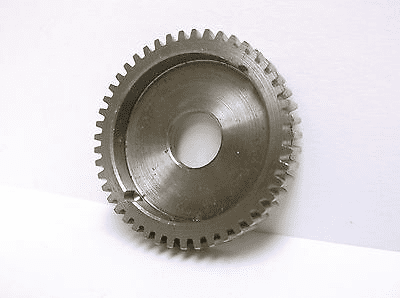 Steel is not particularly lightweight, but its high strength means that less material can be used to achieve the same performance.

Brass - Brass is much softer than steel, making it easier to work during cutting and polishing. As a result of this softness and precision manufacturing equipment, brass gears have a very smooth feel, superior in this respect to stainless steel or aluminum.

Brass is strong, but it’s not nearly as strong as steel. This problem can be mitigated by moving to what is sometimes called a spiral or “worm” gear, increasing the surface area of the teeth to distribute loads more evenly. Or the teeth can be cut at an angle, increasing surface area, and the gear itself can be made “beefier.” 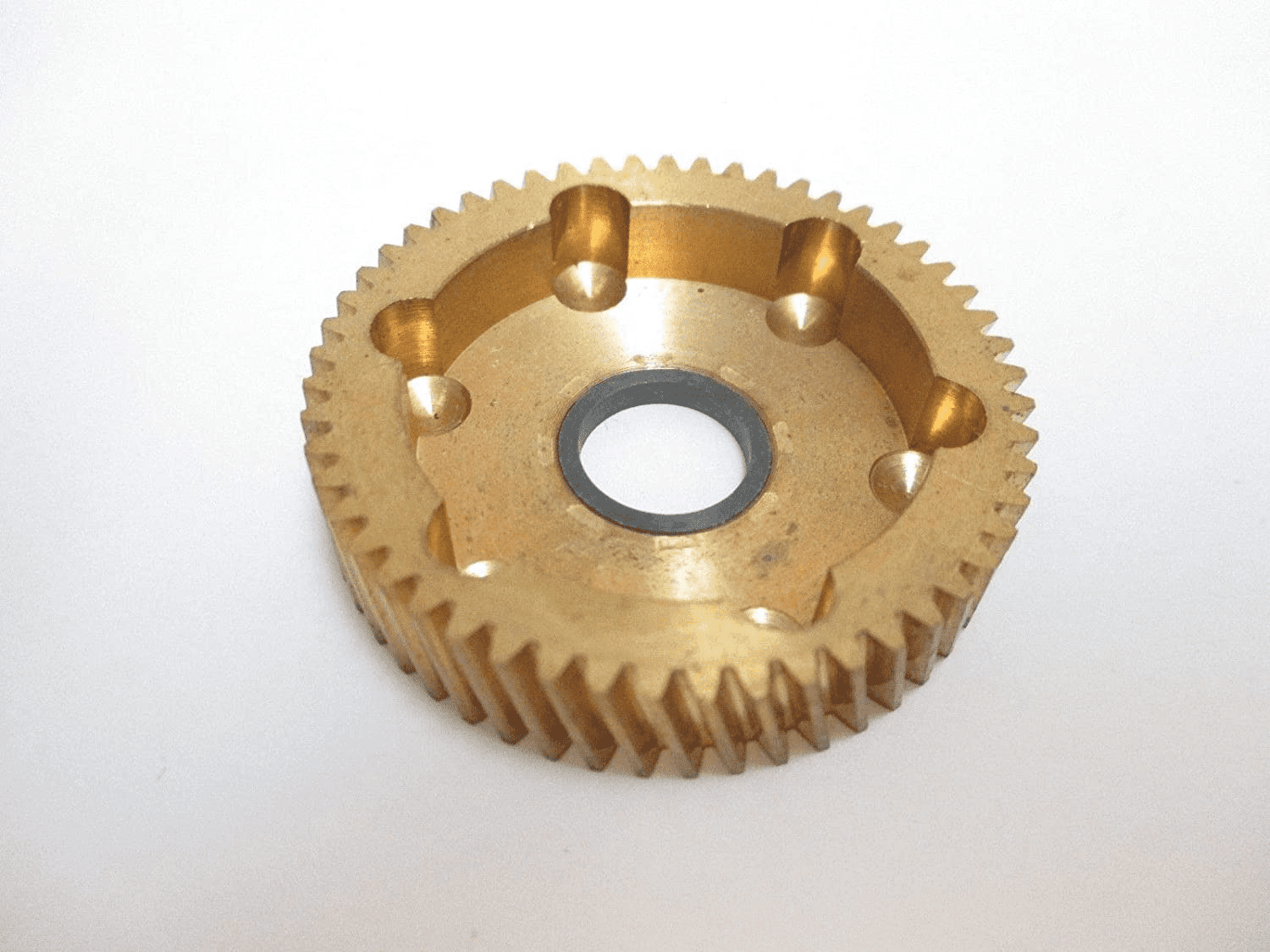 Brass is heavy, but with the right alloys, can be made very corrosion resistant.

Brass gears are often combined with stainless gears in the same reel, using the stainless for truly high-strength applications and brass to smooth the overall feel.

Aluminum - Aluminum can’t rust, even in saltwater, and it’s very, very light for its strength. Add to that that it's pretty easy to machine, and you can see why reel manufacturers like Shimano love it as gear material. 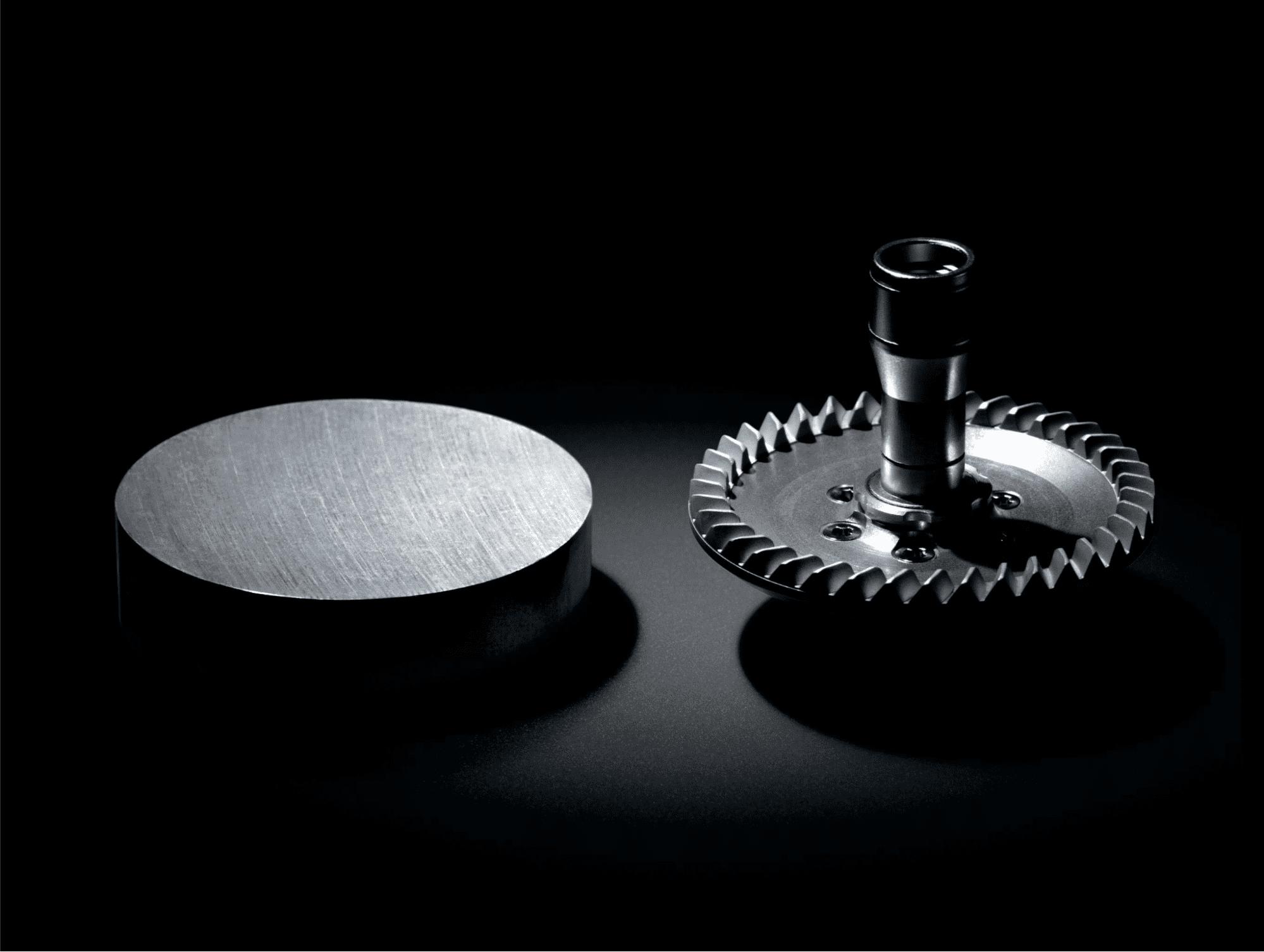 Shimano’s Hagane gears are made from aluminum.

Instead of cutting, aluminum gears are stamped or pressed, a quick process that saves time and money. Those savings are reflected in the cost of a reel, and with high-end manufacturers, performance can be made top-notch.

While aluminum can’t replace steel for the hard work of truly big fish, and while not as smooth as brass can be at its best, it can be made very smooth and strong enough for all but the heaviest fishing applications.

As a general rule, reels made for saltwater trolling should run stainless and brass gears. Reels for bass anglers might run stainless or brass, and high-end reel manufacturers might choose aluminum. And certainly, featherweight reels that try to minimize mass are going to include aluminum gears.

Gear Ratio: What the Numbers Mean

Gear ratios are written as two sets of numbers, separated by a colon.

That colon here just signifies a ratio, a relationship between two things.

Similarly, a gear ratio of 4:1 means that 1 turn of the handle rotates the spool 4 times.

Those numbers are grounded in simple math.

Shimano’s product manager, Robby Gant, explains that pinion gears are pretty standard in size; it’s the main gear that changes size when gear ratios go up or down. 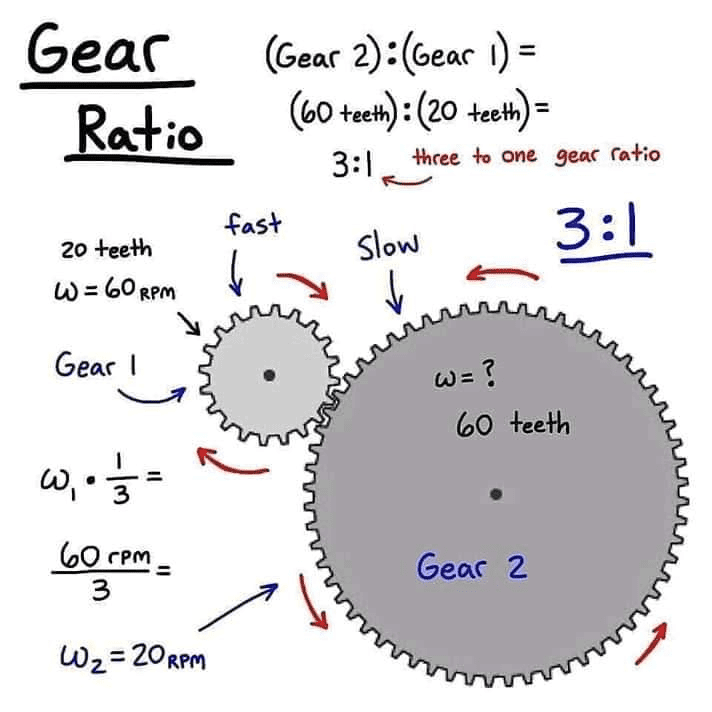 Gear ratios are written as a ratio of the tooth count of the two gears:

As you can see pretty clearly, higher gear ratios translate each turn of the crank into more revolutions of the pinion gear and spool, and all other things being equal - which they aren’t - that means more line retrieved per turn of the handle.

Gear Ratios and Torque: Fast is Weak and Slow is Strong

The idea of a gear ratio is pretty simple, at least superficially, but it gets a little more complicated once you dig down a bit.

As we discussed above, a gear has teeth that mate with another gear, allowing force that’s generated in one direction to be shifted into another, to be sped up or slowed down, or to increase or decrease the torque brought to bear by the initial work.

That may sound a bit more technical, but it’s still pretty simple.

Just like a fishing reel, your car or truck has gears to translate the power produced by the engine into motion and torque at the drive wheels.

Torque is just rotational force, a measure of how much work can be done. 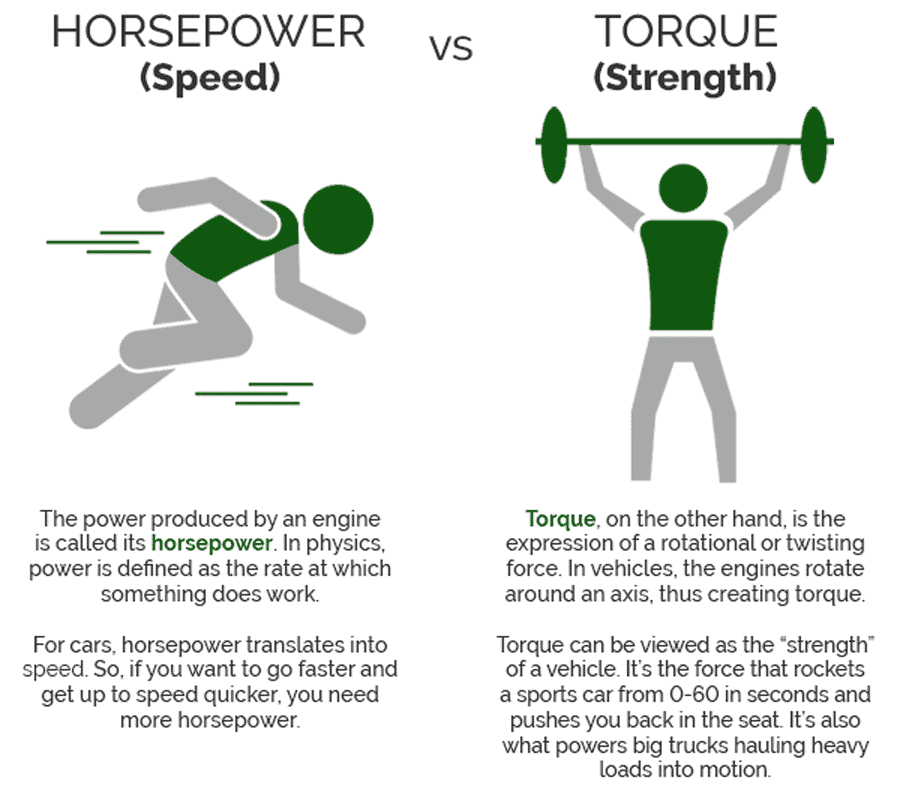 In an automatic transmission, lower gears are activated when you begin accelerating, as they generate more torque than higher gears. If you tried to start your vehicle in a higher gear, the engine would struggle and stall - not because it lacks the power to move your car or truck - because the higher (bigger) gears can’t translate power and torque to the drive wheels.

Instead, you need lower (smaller) gears to translate torque.

Fishing reels don’t have transmissions: there is only the difference in size between the main and pinion gear to get all the work done. (Let’s ignore 2-speed reels for a second, just to simplify things).

And just as in the example of the car or truck, a hard and fast rule applies:

Some saltwater reels come with two different gearings, allowing anglers to switch between high and low to choose more speed or more torque. 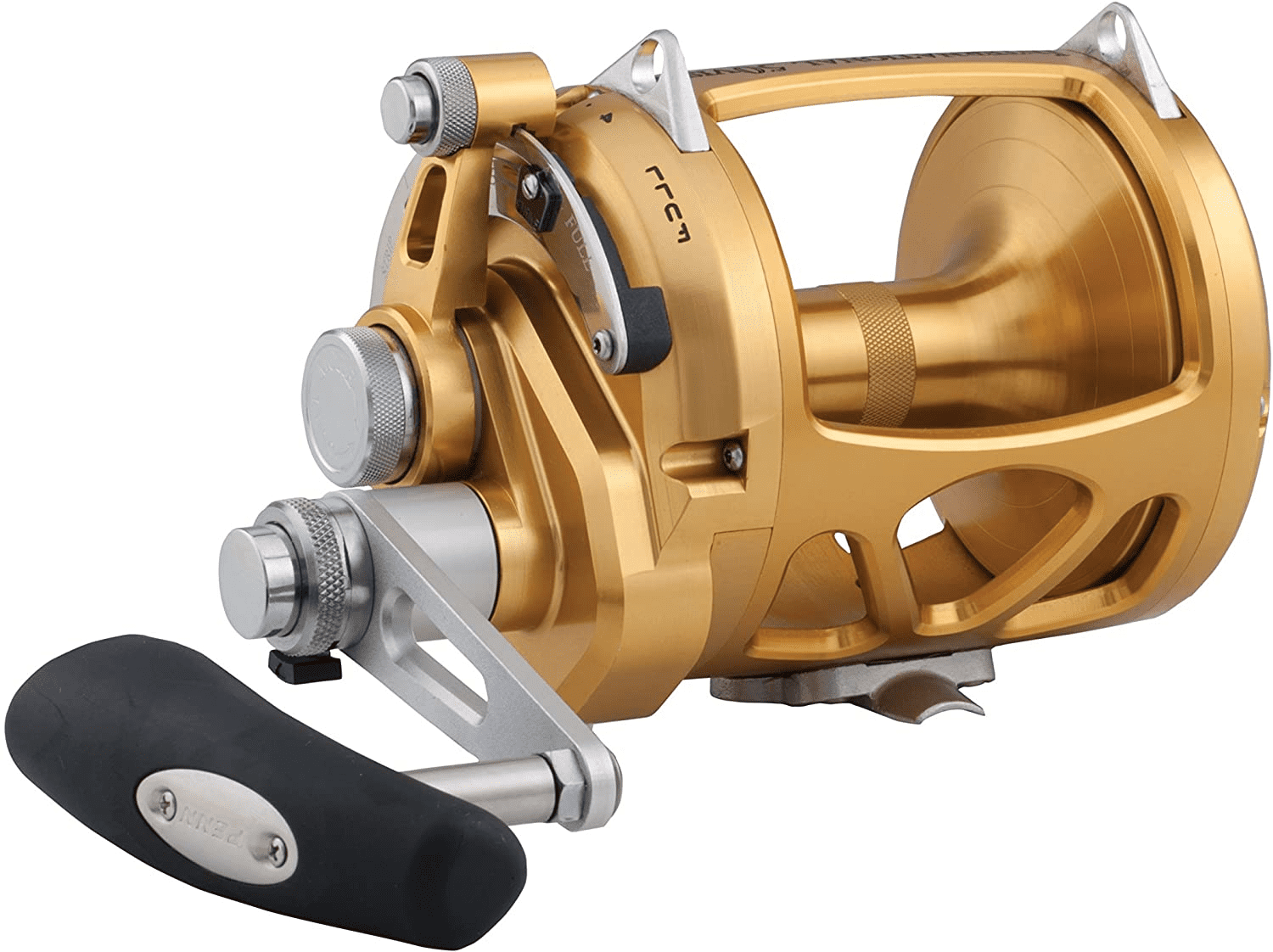 All the rules we’ve just been discussing still apply: for more torque, the lower gearing is smaller.

For higher speed, the gearing goes up, getting larger.

There’s another point at which reel speed and gear ratios get complicated, and that’s the spool.

Look carefully at how I defined “gear ratio.” Gear ratio describes a relationship between two things.

At a given gear ratio, the reel with the larger spool will be faster. 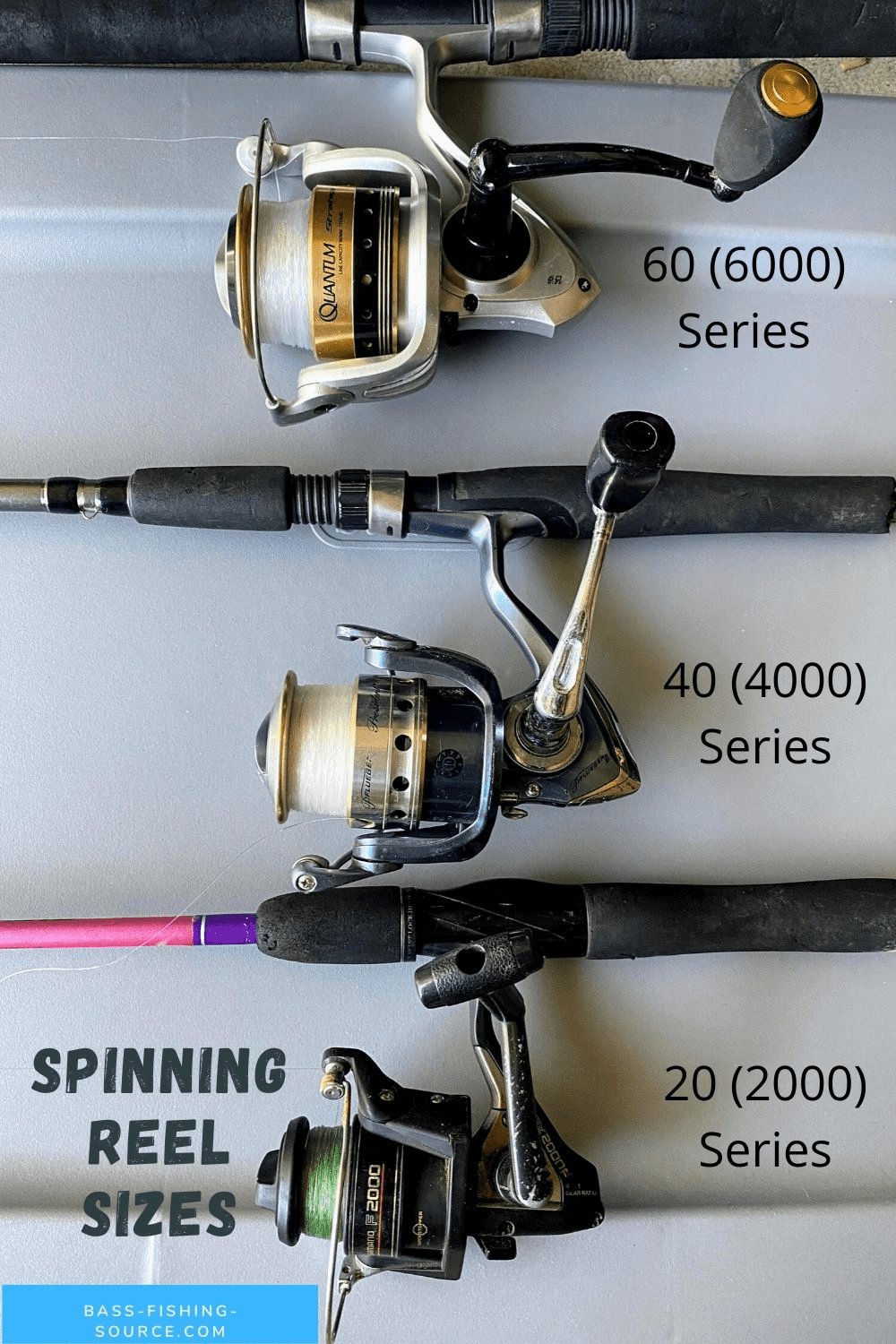 These three reels might all run the same gear ratio. But will they be equally fast?

That’s why, even within a reel line-up, gear ratios can remain constant while retrieval rates get faster as you increase reel size. The spool gets bigger, resulting in more line retrieve per turn.

So you know that gear ratio alone doesn’t determine a reel’s relative speed. For that, you need to know something about spool size, too.

And since there are any number of variables that affect how many inches per turn (IPT) a reel picks up - the number you really care about when you’re comparing speed - it’s usually best to see both the gear ratio and theIPT reported.

But here’s the final complication:

The same relationship is true for fishing reels.

For hard fights with big fish, torque can be more useful than top-end speed, especially once the reel is fast enough. 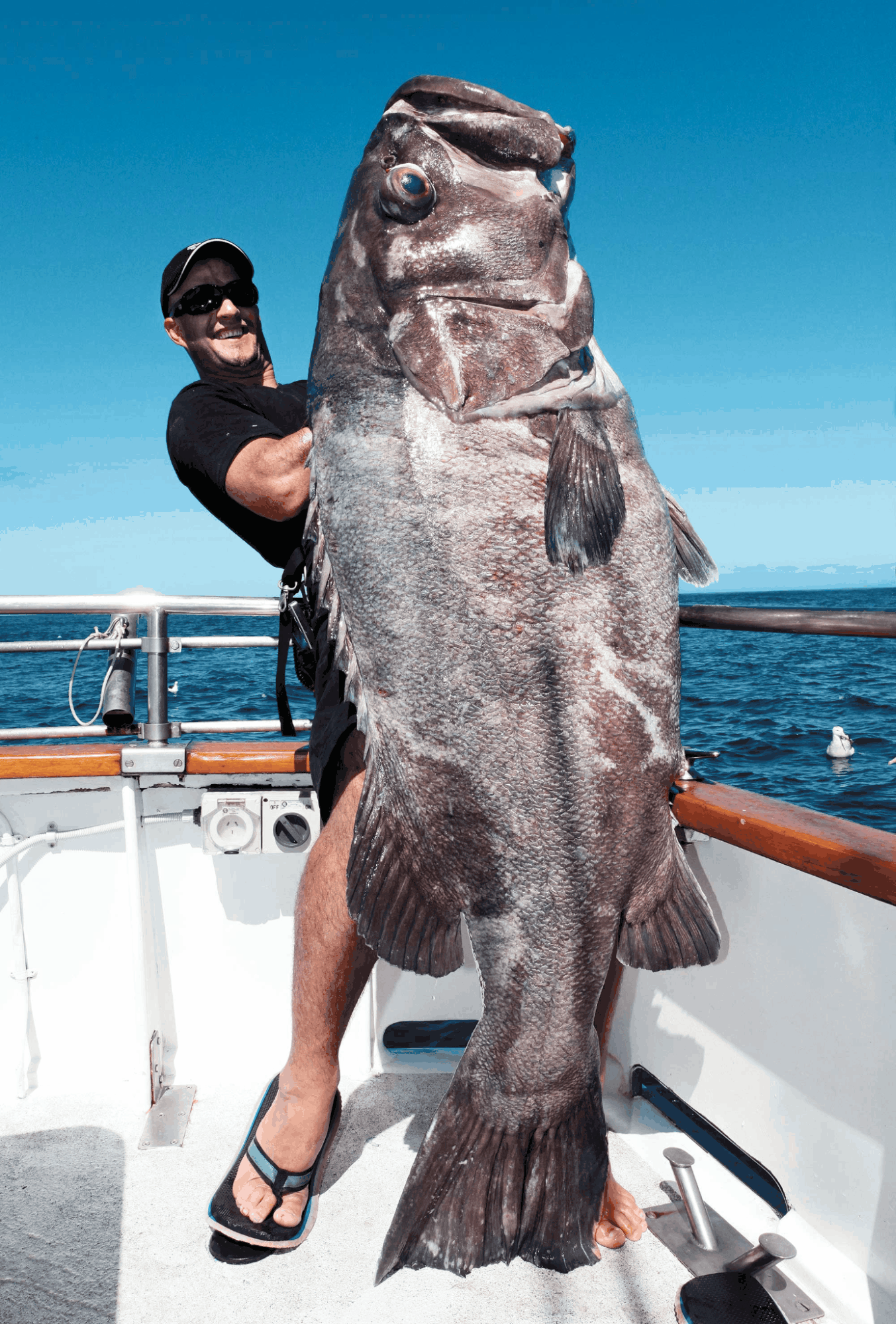 Torque can be just as important as speed.

Some of you may not know what I mean by this, and that’s OK.

Fish of all species are pretty fast. Just to give you a sense of what I mean for saltwater anglers, marlin max out at about 22 miles per hour, while tuna can hit top speeds of 43 miles per hour. And sailfish can reach an astonishing 68 miles per hour!

When a big fish makes a run back toward your boat, you need to keep your line tight to maintain pressure on the hook. Otherwise, the fish can throw that hook, and it’s game over.

But quality reels can easily match these speeds, assuming you’ve selected the right tackle for the job. More speed than that isn’t doing you any good - but it will reduce the amount of torque you can apply to the spool during a fight.

So once a reel can pick up line fast enough to keep your line tight, torque matters more than additional speed.

Brandon Cotton, from Okuma, makes this point clear. “Fighting heavy fish, such as big tuna and grouper, is easier at lower speeds. With big fish, it takes more effort to turn that handle on a higher-speed reel. Think of pedaling a 10-speed bike; lower gears are much easier to pedal than higher gears.”

That’s why 2-speed reels are popular in the salt: they offer a high gear when you need to pick up line in a hurry and a low gear for additional torque during a fight.

“Anglers should use different reels with higher or lower gear ratios and IPT dependent on the species targeted; you don’t want to target a 300-pound yellowfin tuna with a 7-to-1 gear ratio,” advises Sport Fishing’sSam Hudson.

Pete D
Born and raised in Cleveland, Ohio, Pete grew up fishing on the Great Lakes. When he’s not out on the water, you can find him reading his favorite books, and spending time with his family.
Comments
0 0 votes
Article Rating
Subscribe
0 Comments
Inline Feedbacks
View all comments