Crappie Fishing With Minnows: A Guide To Rigging Minnows for Crappie

There’s no soft bait, no jig, and no spinner more attractive to crappie than a live minnow. That’s a simple fact that any experienced angler can tell you.

Indeed, it’s often the case that they’ll take a minnow even when they just won’t hit anything you can pull from your tackle box.

That’s why, for many fishermen, minnows are the go-to choice for crappie. And if you know what you’re doing, they can be used to tightline, troll, slip float, and cast, making them as versatile as a good jig or soft bait.

But if you’re a bit rusty on your minnow fishing or new to catching crappie, we’d like to give you a head start this spring. Below, you’ll find a detailed guide on how to use and rig minnows, as well as some of our favorite tips and tricks. 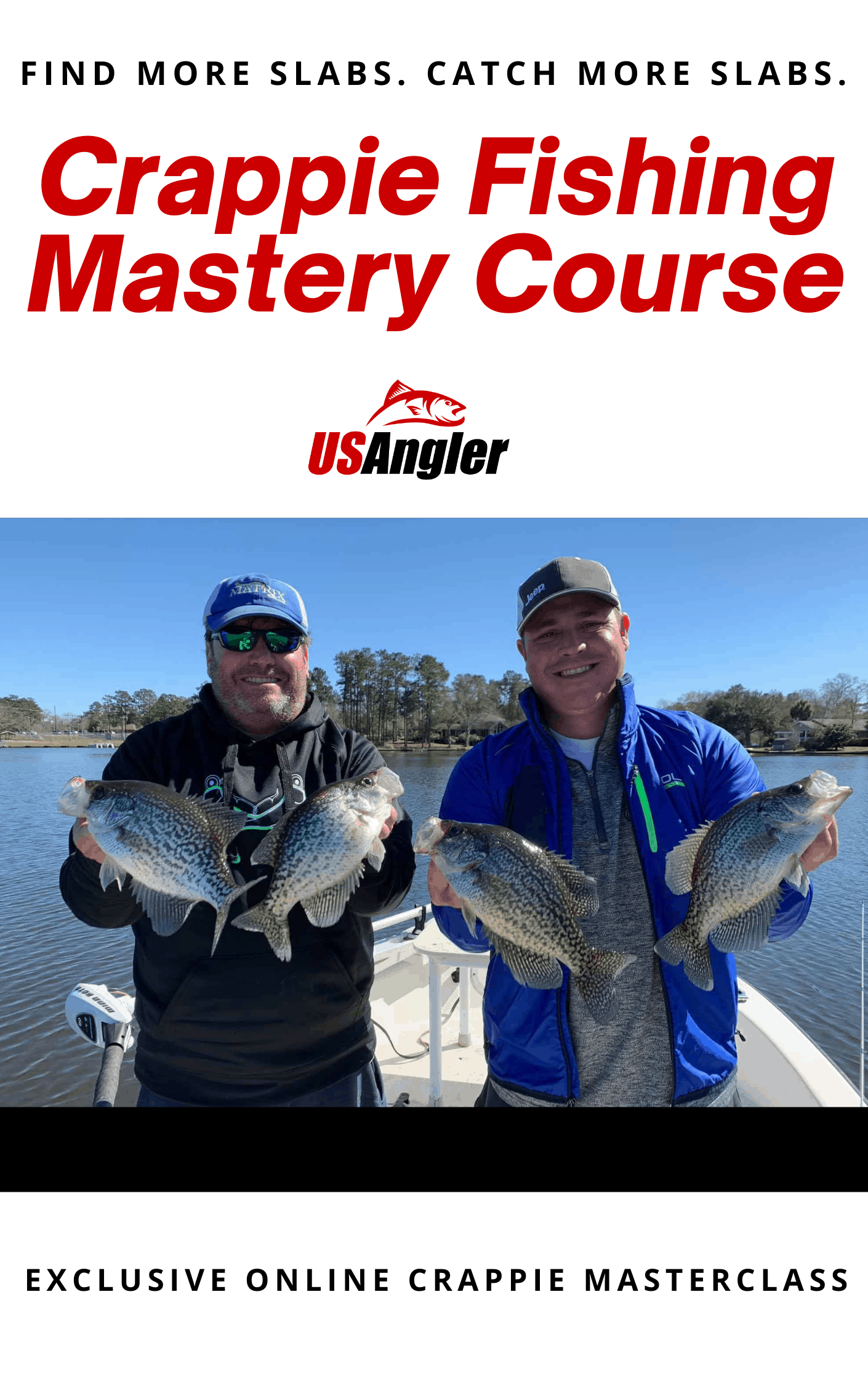 Looking for more? We got you! Check out our list of crappie fishing tips

Buying Bait Basics: What You Need to Know About Crappie Fishing With Minnows

If you find a crappie honey-hole anywhere, you’ll find a store selling minnows nearby. And you may think it’s as easy as walking in, laying down a few bucks, and walking out--but don’t be fooled!

To get the most from your minnows, you need to follow some basic rules and know what you’re looking for in a lively bait.

Check out our buying guide for the best minnow buckets

Which Minnow to Choose?

Most bait stores carry one of two kinds of minnow: the golden shiner or the fathead. And as you can see from the pictures below, it’s pretty easy to tell these little guys apart. 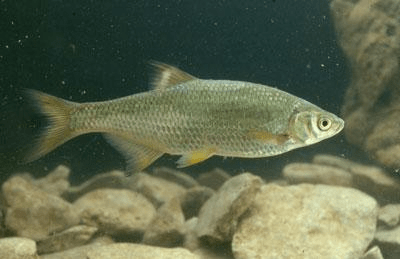 This matters because, generally speaking, fatheads are a bit more robust than golden shiners, meaning that they’ll take a bit more beating and still come out alive and kicking.

When you have the option, go for them.

Signs of a Healthy Minnow

When you see farm-raised minnows in a bait tank, you need to assess their health. Sick minnows are more likely to die on you and far less active as bait--both bad things.

To get the most from them, you need your bait to be in good condition. We recommend that you look for tightly schooled minnows rather than loose clusters. They should sport bright scales and undamaged fins, too. 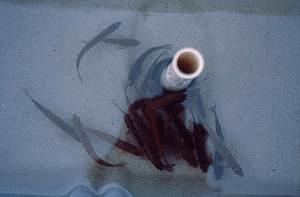 If you see them swimming listlessly near the top of the tank, or you notice that they have damaged fins or dark scales, you probably want to pass.

Catching Bait Basics: What You Need to Know About Minnows

But not every fisherman buys his or her bait, and it’s estimated that about half of the baitfish used to catch crappie are caught rather than bought. Pretty much any minnow you catch will attract crappie, so don’t worry about the species!

Note: It’s critical that you not release invasive species into new habitats. For that reason, you should catch your minnows where you plan to fish, or buy them from a bait store.

These young anglers can show you how it’s done:

Proper Care of Your Minnows

Whether you’ve bought or caught your minnows, you need to treat them right if you want them to work well for you. There are three basic rules to follow with these little guys, and if you do, you’ll get a lot more from them.

If you want to kill minnows, there’s probably no better way than to shock them with quick temperature changes. The best way to ensure they stay vigorous and healthy is to slowly adjust the temperature of their water.

For instance, if you buy them in a plastic bag, fill your bait bucket or container with lake water, and then drop that sealed bag in. This allows the water temperature in the bag to slowly move toward the lake temp.

The longer you’re holding minnows, the more critical this becomes. More than a few hours without new oxygen will lead to death, and if you’re planning on an all-day trip, it’s worth investing in a bait bucket aerator like the Marine Metal lid aerator. It’s designed to fit a standard bucket, and will keep your minnows supplied with the oxygen they need.

Never use chlorinated water in your bait bucket! Also, you need to make sure that you don’t transport lake water from one place to another, as this can release invasive species into new habitats.

Note: It’s critical that you not release invasive species into new habitats. For that reason, you should never mix water from one source with another.

That leaves you two choices: either use a bucket of water from the lake you plan to fish, or let that tap water sit out for a few days to remove the chlorine.

If your minnows get too hot, they’ll die. It’s usually best to hold them in cool, but not cold water. We suggest a water temperature of 50 to 65 degrees.

Hook Choice and How to Rig a Minnow for Crappie

We’ve written about choosing the right hook for crappie before, and we’ve reviewed some excellent choices, too. But it’s worth repeating in summary what we said there.

Crappie are often called “papermouths,” and that’s no mistake. For their size, their mouths are large, but they’re also incredibly fragile. While you might use a #8 on similar sized species like bluegill, you want to upsize your hooks for crappie.

Most crappie anglers choose Aberdeen hooks. Designed for panfish, they feature a long shank, a wide gap, and a delicate construction.

Our top choices for crappie hooks include the Eagle Claw and Mustad. But other excellent options are the Tru-Turn and Matzuo Sickle Aberdeen.

There are a number of different ways to hook a live minnow for crappie. The main things to keep in mind are how quickly a given technique kills the minnow and the realization that crappie are going to strike the head first.

There are plenty of ways to rig your hooks for trolling, tightlining, and slip floating. Let’s review some of the most common.

Most crappie rigs feature two hooks on separate leaders, both of which will be attached to a weighted main line. Whether this rig is dropped to the bottom, suspended over cover from a slip float, or simply tightlined or trolled, the basic setup doesn’t vary too much.

If you want to buy a basic rig, you can do a lot worse than either the Bullet Weights Mr. Crappie Rig or the Eagle Claw Crappie Rig. They’re both well designed and inexpensive, and in our experience, they work really well. After tying them to your line, simply attach a small weight, and they’re ready for minnows.

If you want to make your own, you can experiment with different rigging styles.

In the diagram below, the “crappie or pickerel rig” is very similar to the Eagle Claw you can buy, and those wire spreaders cut down on tangles as the minnows swim around the main line.

With the “Kentucky” and “Basic” rigs, you forgo the spreaders, and the most significant difference between them is simply whether the weight is lowered or attached directly below the lower minnow.

We’d recommend something like the Kentucky rig for fishing the bottom, though we’d switch that standard sinker out for a pencil sinker, because it’s a touch less likely to snag. The basic rig is a great choice when you’re suspending your minnows in the water column, either while tightlining, trolling, or using a slip float.

Whether you use a barrel swivel above your rig, three-way swivels for each dropper, both, or neither, you can experiment to see what works best for you and your conditions. 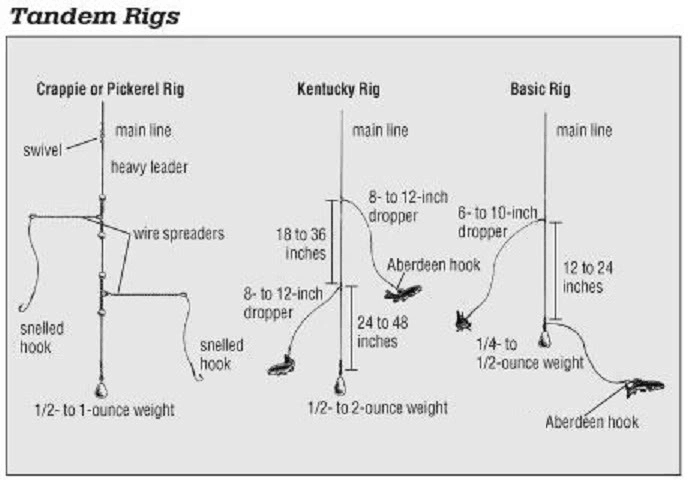 Live minnows have proven themselves to generations of crappie anglers, and if you’re new to using them, or just haven’t done so in a while, we hope that our guide has helped you build the confidence to give them a try.

Let us know how these tips worked for you, and please leave us a comment below!

Pete D
Born and raised in Cleveland, Ohio, Pete grew up fishing on the Great Lakes. When he’s not out on the water, you can find him reading his favorite books, and spending time with his family.
Comments
Subscribe
2 Comments
Newest
Oldest Most Voted
Inline Feedbacks
View all comments

It’s 6:04 a m and I’m very proud of your speech on crappie and the use of minnows
Thanks!

USAngler.com is a participant in the Amazon Services LLC Associates Program, an affiliate advertising program designed to provide a means for sites to earn advertising fees by advertising and linking to Amazon.com. Additionally, USAngler.com participates in various other affiliate programs, and we sometimes get a commission through purchases made through our links.
SUBSCRIBE TO OUR MONTHLY NEWSLETTER
Copyright © USANGLER LLC
wpDiscuz
2
0
Would love your thoughts, please comment.x
()
x
| Reply