Catfishing is a time-honored tradition in many parts of the country. While grabbing a few packs of chicken livers or some hotdogs from the local store is the way many people prepare to catch some kitties, we’d like to help you improve your game a bit more than that and give you some solid catfish tips!

In short, if you’d like to learn how to catch more catfish, keep reading.

Below, we’ll dispel the myths and describe the catfish tips and techniques that will guarantee more catfish in your cooler.

Looking for some catfish tackle and bait recommendations? Check out our buying guides:

Three species of catfish are common to the United States: the blue, the channel, and the flathead.

This flathead is giving the photographer the evil eye!

They share significant commonalities and spawning habits. Understanding what makes a cat a cat can help you target all three. Two traits, in particular, really set them apart from other fish.

The first thing to know about catfish is that, unlike most fish, they are negatively buoyant. Their large, bony head and small swim bladder make them ideal for bottom-feeding, and typically--but not always--catfish of all kinds tend to hunt near the bottom.

Catfish “Smell and Taste” With Their Skin

Catfish don’t have scales, but their leathery skin is absolutely covered in chemoreceptors. This allows them to smell and taste the water around them, and these remarkably sensitive senses can detect prey items in murky, muddy, stained, or dark water with ease.

Though not usually this big, just take a look at this monster channel cat caught in Texas.

Because catfish are so well adapted for low-light feeding, many anglers assume that nighttime is the right time. And while there’s some truth to that, it isn’t a hard and fast rule. It also isn’t true that stinky baits are ideal for all three species, as both the blue and flathead are active predators that prefer live meals.

These two traits can tell you a lot about catfish behavior:

Keeping these traits in mind, the next step toward being a better cat fisherman is knowing what sets them apart.

Knowing which species of catfish you’re chasing can make all the difference.

The blue catfish, Ictalurus furcatus, is the largest of the three species common to the United States. Typically growing to lengths of 25 to 46 inches, it can reach a monstrous 65 inches and 150 pounds!

To support that size, blues are voracious predators, not bottom-feeding scavengers. And though they’ll make a meal out of anything they run across, aquatic invertebrates like crawfish and mussels--as well as fish of all kinds--are common prey items. Frogs, snakes, and pretty much anything else in the water is fair game, too.

The channel cat, Ictalurus punctatus, is the most common species, and it’s typically much smaller than the blue. Growing to no more than 40 to 50 pounds, it’s far more often caught in the range of 2 to 4.

Well-adapted to dark conditions, the channel catfish is a deadly predator in low-light conditions, feeding on minnows and small fish of all kinds, crawfish, and anything else it runs across on the bottom.

The flathead catfish, Pylodictis olivaris, is almost as big as the blue. Reaching as much as 61 inches and 123 pounds, this large predator has feeding habits that resemble the blue more than the channel cat.

Preferring to chase live prey rather than scavenging off the bottom, the flathead’s diet is composed primarily of fish and aquatic invertebrates.

Here’s where the myths get debunked.

If you know anything about catfishing, you know that many anglers fish at night, tossing a fat chunk of chicken liver into murky water. They’ll then sit tight, waiting for a big cat to take the bait.

Some catfishermen crank this common technique up a notch, skipping the liver and instead soaking hotdogs in Kool-Aid and garlic.

They’re on to something.

This blue is just the right size for eating!

Blues, channels, and flatheads rely on smell more than sight, and all three are low-light predators. Fishing at dawn, dusk, and night is a smart strategy.

But--and this is a big but--blues and flatheads prefer live bait, especially fish, to a stinky lump of meat on the bottom. Moreover, burying your bait in the silt or mud doesn’t do much for its appeal, and you’ll catch fewer cats with your hook on the bottom than you will with it suspended a few inches into the water.

Use the Right Line

When you’re fishing for most species, you have a really good sense of the size of the fish that’s going to end up on your hook.

But that’s not the case with kitties!

I’ve seen monster cats hit tiny hooks, and it pays to be ready for the fight that picks you.

A big catfish is going to put your line to the test, and the habitat they prefer includes all sorts of debris. You need line that can take a sudden shock, hold a knot like it’s a solid length of line, and shrug off stumps, logs, and other line-busting hazards.

So, what's our pick? 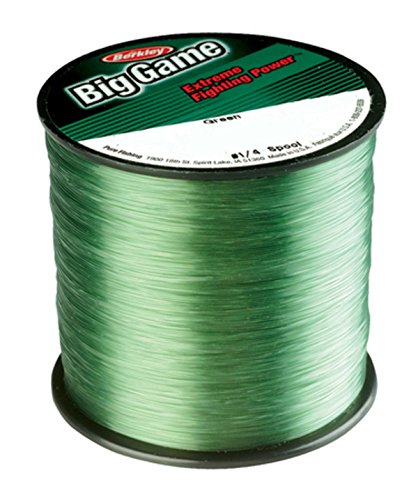 Big Game is my favorite catfish line, hands down.

15-, 20-, and 25-pound tests are my favorite in the Big Game line-up, but I’ll step up to 30 or 40 when I know I’m working for a terrific fight. For real trophy kitties, knowing that I can run a really heavyweight line is always reassuring.

Cats have hard, tough mouths, and you need strong, sharp hooks to catch and hold these brutes. Pretty much every serious catfisherman has broken a standard hook, and I don’t know anyone who’s confident with anything less than 4X, a measure of the thickness of the stock from which the hook is formed.

You also need to select the right sizes, though, as I mentioned above, I’ve had big fish take small hooks--and vice versa!

There’s very little debate about hook size, and the most popular sizes range from 6/0 to 10/0, with the latter being reserved for the real brutes. Some prefer the 6/0, others like the 8/0, and most reserve the 10/0 for trophies.

Whatever the size, I like high-quality circle hooks like Gamakatsu’s 4X Strong Octopus Hook. If you find a cat that can break this hook, get away from the water! 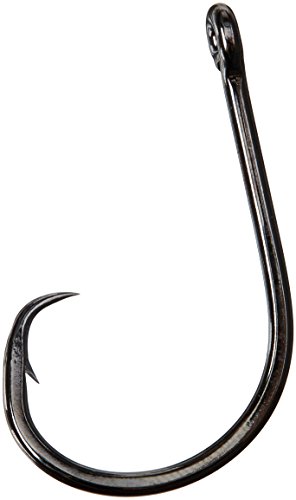 Just look at how stout this hook is!

I like Mustad’s 4x treble and Gamakatsu’s 4x treble; they won’t let you down! 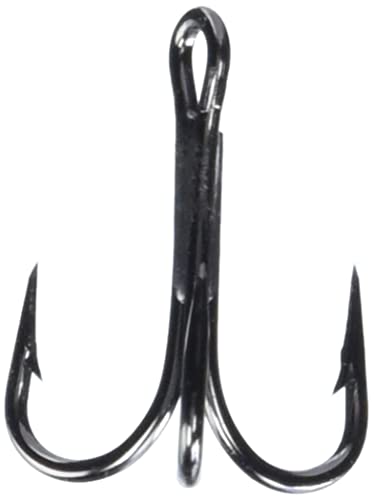 For Blues and Flatheads, Forget the Stinky Stuff!

As popular as stinky baits are, they’re more about catching anglers than fish when you’re after blues and flatheads.

Instead, think baitfish like shad, perch, and whatever else is allowed where you fish.

Always check the law--and know what’s legal to use as bait!

Shad can be magic when hooked to create excitement, and there are four solid techniques that deliver time and time again, taking advantage of the natural feeding behavior of blues and flatheads:

Cut bait can also be a good choice, as fresh fish and blood in the water is like ringing the dinner bell for blues and flatheads!

Rig Your Own Sponge Baits for Channel Cats

Channel cats are the species to attract with stink, and one popular technique is to use sponge baits or dip bait worms on a treble hook. These are then smothered in prepared catfish bait, like Triple S’s blood bait, absorbing the scent and flavor.

But prepared hooks can get expensive quickly, and it’s easy to make your own for pennies:

The result is that you can accurately adjust the height you present your bait, keeping it out of the muck but close to the bottom.

This also allows you to use premium hooks, so you know you’ll keep that monster locked to your line.

Check out our full guide on catfish rigs!

Drop Shot With a Dropper Loop

While it’s true that catfish often hug the bottom in search of prey, burying your bait in the silt isn’t the best way to present it.

Some anglers use tricks like a Worm Blower to inject a pocket of air into their wrigglers and keep them off the bottom, but I find that a simple drop shot rig works more reliably and with less fuss.

A drop shot rig suspends your hook above a weight that bounces along the bottom. A simple idea with profound consequences, it’ll save your line, prevent snags, and present your live bait at just the right depth to make the most of its action and smell.

This rig is common in surf fishing, but it works really well for catfish!

But unlike rigging this awesome set-up for bass, you can’t simply tie your hook directly to the line with a Palomar knot. Instead, you need to create some space for the catfish, trailing your hook from a dropper loop.

The best method I’ve seen is demonstrated by Andy from CoastfishTV:

The result is that you can accurately adjust the height you present your bait, keeping it out of the muck but close to the bottom.
With a live, struggling minnow on your hook, you’ll have a blue or flathead on in no time!

The better you understand catfish--and the differences between the species--the easier it’ll be for you to target them. And fore-armed with the right line, hook, live bait, and techniques, you’ll have more success the next time you head to the water.

We hope these tips and tricks help you catch more catfish, and we’d love to hear from you if they do!