Cast and Retrieve Fishing: A Guide for New Anglers

You’ll occasionally run into advice online that suggests that there’s a style of fishing called “cast and retrieve.” The advice runs something like this:

Cast your lure out and reel it back in. How deep your lure runs depends on the speed of your retrieve, the design of your lure, and how high you hold the rod tip. With crankbaits, spinners, and the like, just cast and reel; the lure does all the work.

The good news is that some of that is indeed true.

The bad news is that this purported technique isn’t going to work very well.

Lure design, the speed of your retrieve, and how high you hold your rod tip are going to affect the depth at which your lure runs; that’s true.

But almost all “cast and retrieve” lures are designed for pauses, jerks, pops, and intentional impacts with cover. Just running them in open water with a steady retrieve will work, but you won’t unlock their magic or get them to work like a pro.

So if you want to know how to fish crankbaits, spinners, swimbaits, and the like, keep reading!

“Cast and Retrieve?” Not quite!

There are lures that are more or less designed to be “cast and retrieve,” but you can’t just look at a lure and tell whether a steady retrieve will work with it.

For instance, jerkbaits and crankbaits look a lot alike, but a jerkbait is definitely not going to do you much good being retrieved steadily.

This Strike King KVD Jerkbait isn’t going to strut its stuff when retrieved in a straight line.

Jerkbaits are designed to be ripped with a bit of slack in your line, making them turn erratically and stay more-or-less in place.

This Rapala Original Floater can be worked with a steady retrieve.

By contrast, crankbaits can be pulled steadily through the water and get hit after hit:

But you'll notice even then that a steady, constant retrieve is not being used by that angler, and that’s because they very, very rarely get the job done.

First off, lures vary a lot in how they should be fished, even when they look almost identical.

Second, a steady retrieve is one of the least effective ways to fish almost any lure.

That bears repeating: casting a lure and then retrieving it steadily back to you, even when you vary how fast you reel, is not a terribly effective technique.

Instead, there are a variety of retrieves that you need to learn and use on the water.

Let’s break this all down.

Jerkbaits are amazing lures, but you won’t believe that if you cast and retrieve them! We’ve written all about them before, so if you want to learn what you need to know about jerkbait design and rigging, read up on it here: How To Rig and Fish A Jerkbait

The Rapala Shadow Rap is one of the most impressive choices out there - if you know how to fish it.

We love this lure, and we’ve reviewed it before, so if you want the full info, check out this article:

Fishing a jerkbait like this Rapala is pretty easy to master - but the idea isn’t to cover a lot of water with it or retrieve it back to you.

Instead, you want a little slack in your line when you jerk your rod tip, sending this lure into tight turns that keep it constantly in the strike zone.

How deep your jerkbait runs depends on its design as well as where you hold your rod tip - that much is indeed true. 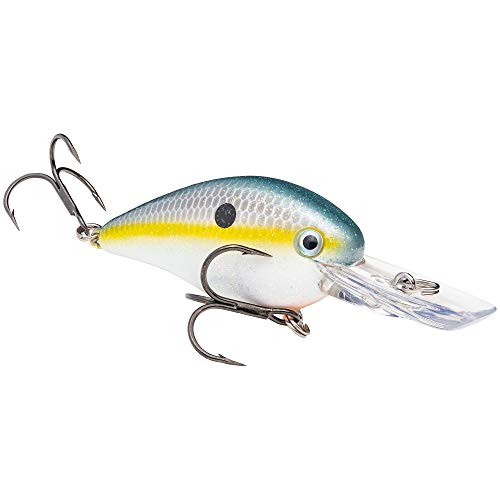 Squarebill crankbaits are designed for impacting rocks and hard cover. We’ve written all about them before, so if you want to learn what you need to know about crankbait design and rigging, read up on it here: How To Fish A Crankbait

Squarebill crankbaits like this Strike King KVD 1.5 Deep Squarebill can indeed be retrieved steadily, but any experienced angler will tell you that two techniques are far better at attracting strikes.

First, try stopping and starting, adding a pause followed by a gentle jerk. Then, continue the retrieve. That motion will mimic a wounded baitfish, and it attracts a lot more attention than a straight, continuous retrieve. Also, vary the speed of your retrieve on the same cast: start slow and speed up, or start fast and slow way down.

Second, and most importantly, try swimming a crankbait into obstacles like rocks, sticks, stumps, and pilings. That sounds counter-intuitive, but those impacts will create erratic darts and turns that really up the ante on your crankbaits action.

But don’t take my word for it. Listen to Edwin Evers, a Megabass Pro: 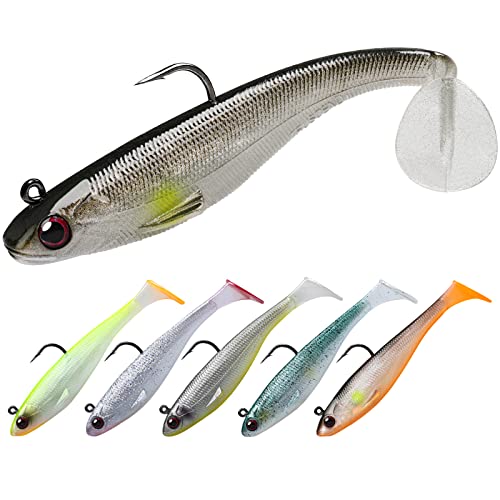 Swimbaits need just enough speed to get that tail thumping. We’ve written all about them before, so if you want to learn what you need to know about swimbait design and rigging, read up on it here: How To Rig and Fish A Swimbait

Soft swimbaits, like this one from Truscend, or jig heads sweetened with grubs and other trailers are excellent choices for a steady retrieve.

Count them down to the depth you want, and then retrieve them as slowly as you can to get the tail wriggling.

This is a technique that the pros use, and David Kilgore gives a masterclass on its application:

With hard-bodied swimbaits like Truscend’s 5 ½-inch hard-bodies, I like to cast them over submerged weed beds and run them slowly over the top of the grass. I use a start-stop-start again cadence, and the bass come looking for wounded prey. 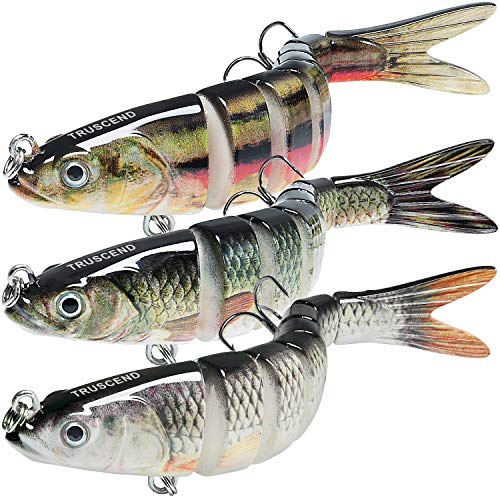 Hard-bodied swimbaits are murder when paused for a moment during the retrieve. 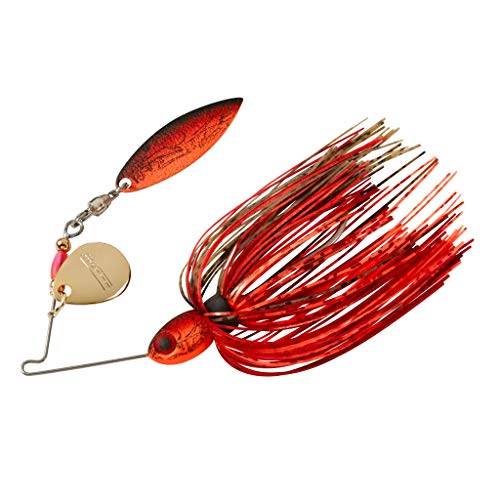 Spinnerbaits are a favorite choice for lots of aggressive species, but especially bass.

We’ve written all about them before, so if you want to learn what you need to know about spinnerbait design and rigging, read up on it here:

How to Fish a Spinnerbait: A Complete Guide for New Anglers

In clear water, a fast retrieve is ideal, especially in late spring through early fall. When it’s cooler, or the water is murkier, slow down. A jerk or two every now and then will help bass notice your lure, so a constant, steady retrieve isn’t the best way to go.

But like crankbaits, you want to slam a spinnerbait into cover like grass, weeds, sticks, rocks, stumps, and pilings to create erratic turns.

Instead, technique between the cast and the catch matters, and a steady hand on the reel isn’t what’s needed.

We hope you’ve learned something from this article, and if you have any questions, we’re here to answer them.