Can You Eat Shark?

After movies like Jaws, most people probably spend more time thinking about whether a shark will eat them than whether they can eat a shark!

But the truth is that most common species of shark are delicious when properly prepared, and outside the US, shark is considered a delicacy worthy of any table.

That said, there are a few things you need to know if you plan to eat your catch, so keep reading!

Sharks are a large group of fish defined by a set of common elements.

You won't find “bones'' in a shark. Instead, their skeletal structure is made of hard but flexible cartilage, much like the hard tissue in your nose. 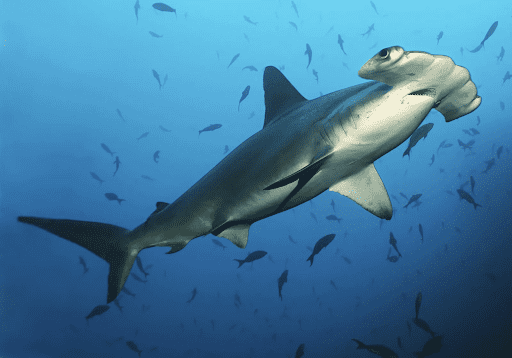 This hammerhead shark clearly shows the characteristic minimum of five pairs of gills.

They also sport five to seven gills on each side, rather than the single gill structure you'll find on bony species like tuna or largemouth bass. And finally, sharks have pectoral fins that aren’t fused to their heads.

Beyond that, sharks appear in a wide variety of shapes, sizes, temperaments, and diets. 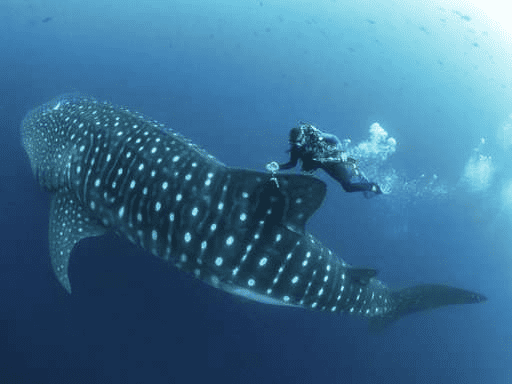 Not every species of shark is on the menu, however. Small species like the angelshark are what’s for dinner in many parts of the world, and the leopard, mako, soupfin, and thresher sharks are also popular table fare. 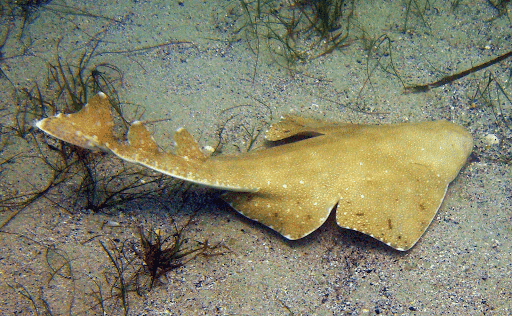 The docile angelshark is a popular dinner choice.

While films like Jaws and The Meg do a lot to excite our fear of sharks, we humans are a much greater threat to them than they are to us.

In the US, for instance, your odds of being attacked by a shark are about 1 in 5 million.

By contrast, overfishing - both commercial and recreational - habitat destruction, and the removal of prey species has decimated shark populations worldwide.

The list of threatened shark species is a lot longer than you might think, so think carefully before you decide to keep your catch or support the eating of over-harvested species.

Sharks, like some species of bony fish like muskie, reproduce slowly and take a long time to reach full maturity. That makes them especially vulnerable to overfishing.

Experts at the World Wildlife Fund explain that “The overfishing of sharks happens because of the huge demand—mainly for shark fins—and a lack of management to ensure shark fisheries are sustainable.”

“Sharks are caught in directed fisheries, where fishermen aim to catch them for their meat, fins, liver oil, skin (for leather), cartilage (for medicine) and teeth and jaws (for curios),” says Save Our Seas. “They are also taken as incidental by-catch, when fishermen target other species like tuna and swordfish but accidentally end up with a shark in their net or on their line.”

But because sharks can be worth a lot of money, they’re often kept and killed for these products. Even when they are released, they often die quickly due to shock.

High demand for shark-fin soup, but not the rest of the meat of the shark, leads to a despicable practice called “finning.”

Because the fins themselves can command a huge price, fishermen don’t want to waste precious space on their boats with shark meat. So they just cut the fins of the shark and dump it back in the water to die.

The only real threat sharks pose to humans is mercury toxicity.

Because of endemic mercury pollution in our oceans, as you move higher and higher up the food chain, the mercury present gets larger and larger. Small fish like anchovies and sardines have very low levels of mercury in their flesh, but as predators consume these prey items, they accumulate all that mercury.

If you do decide to eat shark, do so infrequently and with due concern for the preservation of threatened species.

If you do decide to keep a shark you’ve caught, or if circumstances make its death unavoidable, there are some things you need to know to make the most of its meat.

Sharks expel urea through their skin into the surrounding water, and this urea has a strong ammonia smell and flavor. Essentially concentrated urine, it’s found primarily in the shark’s blood, and as you’d expect, the best way to remove this urea is by bleeding the shark.

While techniques vary quite a bit depending on the species and size, you want to think about two basic points of blood loss: the head/gills and the tail.

You also want to keep in mind that shark meat spoils rapidly.

Our general advice is for bleeding a shark is to:

All the shark I’ve eaten has tasted a lot like swordfish. It’s been white-fleshed and firm, with a delicate flavor and no hint of ammonia.

I think one of the reasons that shark populations are in decline globally is that shark meat really is delicious! 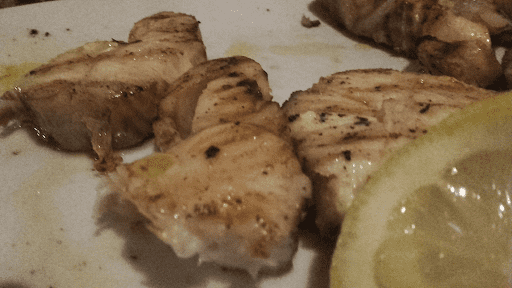 This shark was caught the morning before I ate it in Korcula, Croatia.

Due to its firm texture, shark is often served as a steak like tuna or salmon. It’s easy to prepare by grilling or baking, and just a bit of butter, salt and pepper, and a squeeze of lemon makes it irresistible.

We’re not going to tell you whether you should eat shark or not, but we want you to be aware that there are real ethical concerns about overfishing these vulnerable species. And pretty much all the commonly eaten sharks are threatened, making them a meal you might want to pass on.

If you add in concerns about mercury toxicity, it might make sense for you to give these delicious fish a pass.

Yes, you “can” eat many species of shark. But the bigger question really is, “should you?”