Can You Eat Muskie? Well...It Depends!

Muskie, the common nickname for the muskellunge (Esox masquinongy), derives its name from the Ojibwe “maashkinoozhe”--meaning “ugly pike.” And that’s not a bad description of this large relative of the pike and pickerel.

While edible, and indeed to some people quite delicious, we generally recommend catch and release for reasons we’ll explain below. And to understand when--indeed, if--you should eat a muskie you catch, you need to know more about this amazing sport fish.

Quick answer to can you eat muskie fish? Yes, check out recipes here. 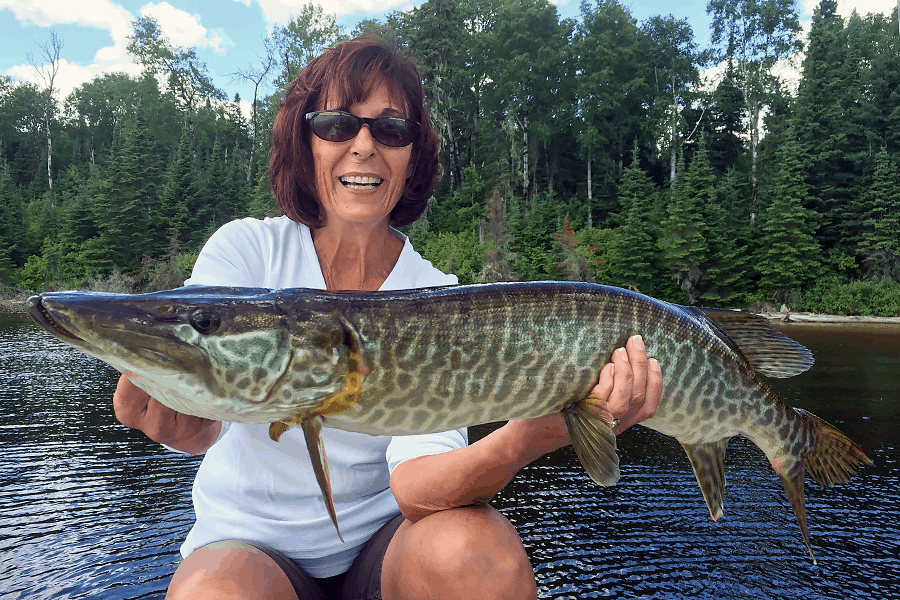 Elongated, sleek, and powerful: these words define the muskie. Shaped like a torpedo, the muskie’s business end is all mouth and teeth. At the rear, you’ll find the fins well behind the center-line, and a powerful tail that can propel this predator to remarkable speeds.

Brownish-green with a distinct pattern of stripes and spots, the muskie is well-camouflaged near the vegetation it hunts. By the time prey can see the muskie, it’s far too late! 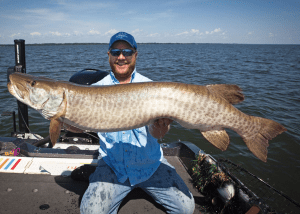 The largest member of the pike family, muskie are apex predators. Typical specimens run a full two to four feet in length, weighing in at 15 to 36 pounds. But really big muskies in the range of six feet and 70 pounds have been caught by anglers, with females typically being the trophy fish.

But muskie grow slowly. According to the Wisconsin Department of Natural Resources, “On average, musky are about 11 inches long after their first year of life, reach 34 [inches] in year 7, reach 40 [inches] in year 9, and reach 50 inches by age 17. Typically, females grow faster than males.”

That slow growth, coupled with heavy losses of fry to birds and fish in year one, means that mature muskie are hard to replace. As a result, the waters where these fish are endemic are heavily regulated, and long minimum lengths, as well as prohibitions on trolling are common.

In Wisconsin, this has led to a dramatic increase in the number of 45+ inch muskie caught each year, proof that careful management and catch and release fishing can contribute to sustainability.

Muskie are voracious predators, eating anything they can fit in their cavernous mouths, and they can swallow prey up to ⅓ their length! As you can imagine, once mature, that puts them at the top of the food chain, and muskie have been known to eat fish of all kinds--including other muskie--as well as frogs, muskrats, birds and anything else unwary.

They hunt by ambush, remaining motionless much as do pike, before exploding toward their prey with a burst of terrifying speed.

Sight predators with vision that outranges most prey items, they prefer clear water with plenty of vegetation. This encourages prey, as well as providing the muskie much-needed camouflage.

Unlike some apex predators, however, muskie often school in small hunting packs.

Unfortunately, as an apex predator, muskie tend to retain environmental toxins like mercury in their flesh.

Wisconsin’s Department of Natural Resources recommends some pretty strict guidelines for consumption. “Nursing women, women who intend to have children, and children under 15 years of age are advised not to eat muskellunge. The mercury level for muskellunge 40 [inches] and larger averaged just over 1 ug/g of mercury, a level considered unsafe for children and women intending to have children. All men (and women not intending to have children) are advised to eat no more than 1 meal per month (and no more than 6 meals per year from Green Bay and the lower Fox River).”

Catch and Release or Keep?

From what we’ve said above about muskie growth and reproduction, it’s obvious they are particularly vulnerable to overfishing. And as we mentioned, in their native waters, they are robustly regulated, protected by bag limits and size restrictions, as well as limitations on legal technique.

But muskie have been introduced widely into non-native waters in the northern US, and in states like Maine, they can be a threat to native species. As the Maine Department of Inland Fisheries and Wildlife explains, “Although musky fisheries are very vulnerable to over-exploitation, musky populations in Maine are not actively managed and receive no protection provided by length and bag limits.” That’s because “the presence of these large predators will jeopardize traditional fisheries for wild brook trout and landlocked salmon, particularly if musky establish in other waters within the region.”

So, what should you do?

Where muskie are native and regulated, practice catch and release fishing. In areas where muskie have been introduced--and are not regulated--feel free to keep your catch, as you’re helping to protect native species against this invasive predator!

Muskie are very similar to other members of the Esocidae family, like pike. And like pike, they can be a pain to clean, as their flesh is bisected by Y-shaped bones that make easy filleting impossible.

But if you’ve ever worked on pike, you already know what to do. And if you haven’t, here’s a quick tutorial that will help: 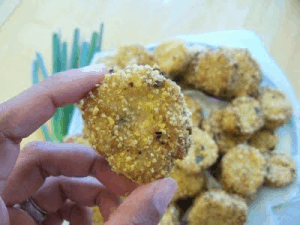 I modified this recipe, originally intended for alligator gar. The original is courtesy of Nicole Woodard, and this Louisiana favorite is sure to please with muskie as the main ingredient.

Pulse the muskie in a food processor until well minced but not gooey. In a large bowl, mix the fish, mashed potatoes, onion, and seasoning until well combined.

Pour one inch of canola oil into the bottom of a deep skillet or pot, and place over medium heat. As the oil heats to 350 degrees, pour slightly more than ½ cup of Zatarain’s or Louisiana Fish Fry into a medium paper bag or Tupperware-style plastic storage bin with a secure lid. Add a few croquettes at a time, tossing gently to coat them well with the fish fry.

When the oil has reached the measured cooking temperature, carefully add a few croquettes at a time, avoiding crowding the pan. Continue to monitor the oil temperature during cooking--it will drop as you add the fish but come back up to temp soon.

Cook until golden brown, turning fish once. Remove the finished croquettes, and cool on an oven rack over a cookie sheet--never over paper! 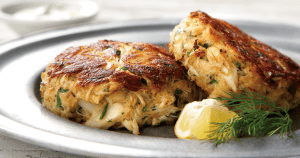 Muskie, when dipped in butter, can easily be mistaken for lobster or crab. That makes it a good stand-in for crab in most recipes. Adapted from Zimmern’s recipe for crab cakes, this simple preparation lets the fish shine.

To pre-cook the muskie, add one pound of muskie fillets to a colander and cover with aluminum foil. Place the covered colander over a large pot of boiling water and steam for 8-10 minutes or until cooked through.

Break the muskie fillets into small pieces with a pair of forks, and set aside.

In a small bowl, whisk the wet ingredients together until blended well. In a separate bowl, toss the pre-cooked crappie in the cracker crumbs until coated, and then gently fold in the wet mixture with a spatula. Cover and refrigerate for at least one hour.

Scoop this refrigerated mixture into eight 1/3-cup mounds, forming them into eight patties with your hands. Each should be about 1 ½ inches thick.

In a large skillet, heat the oil to 350 degrees and add the muskie cakes, cooking over medium-high heat until deeply golden and heated through, about 3 minutes per side. 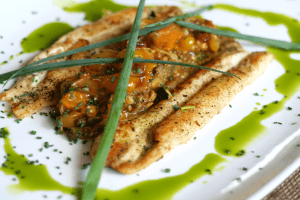 For the bacon and tomato ragu:

In a large pan over medium heat, sweat the diced leeks in the reserved bacon fat. Add garlic and cook for one minute. Add the tomatoes and cook for five minutes, or until the tomatoes are soft. Add the diced bacon and capers and stir to combine. Taste for seasoning and add salt and pepper as needed.

Preheat your oven to 375 degrees. Heat a large, oven-safe pan on your stove, and when ready, add the olive. Season the muskellunge fillets with salt and pepper, and gently place them in the hot pan. Move the pan to the preheated oven, and continue cooking for 12 to 15 minutes, until the fish is cooked through but not dry.

Remove the fillets to a serving tray, and top with the ragu. Garnish with green onion tops and finely cut chives.

Muskellunge are sought-after game fish that grow slowly and reproduce poorly. To maintain a healthy population in their native waters, they’re carefully regulated, and it’s best to practice catch and release fishing.

But in places where they’ve been introduced, you’re actually helping out by keeping them. In this case, as long as you’re aware of the mercury contamination guidelines, eating muskie is perfectly fine.

You’ll soon discover that muskie are a fine addition to your table!

8 comments on “Can You Eat Muskie? Well...It Depends!” 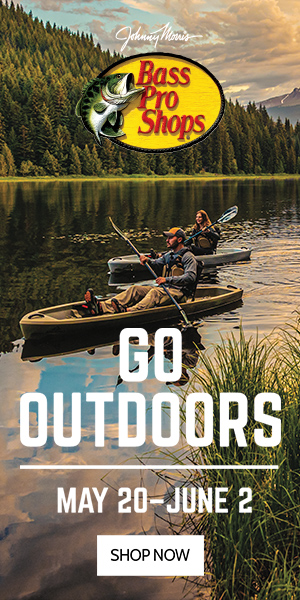