Whatever the season, live bait has distinct advantages when compared to lures and artificial options. That’s definitely one thing that doesn’t change after the water freezes over.

There’s no question that lures and soft plastics can be effective, but at their best, they’re designed to mimic live bait options, and they lack the smell, taste, and texture of actual prey items.

As legions of ice anglers will tell you, there’s nothing like the real thing!

If you’d like to know which live baits are best for ice fishing, keep reading. We’ll cover your options, explain their best uses, and offer a few tips about technique.

Most species of game fish naturally feed on minnows of all kinds, and rigging a live, struggling fathead or shiner is a surefire way to attract attention.

First, they’re pretty hardy, and with just a little care, they can take the cold on the ice for a long time. In fact, heat tends to be the more serious issue for minnows, and keeping them in an insulated bucket should be more than enough to ensure their survival.

Second, they’re a natural prey time that predatory species like crappie, pike, musky, and walleye know and love. They’re primed to respond to their fluttering tails and the subtle shine of the scales. By presenting a minnow below the ice, you’re essentially offering hungry fish exactly what they expect for dinner.

For crappie, use a #4 to #2 Aberdeen hook. That may seem a bit big for a panfish of this size, but crappie have mouths that are incredibly delicate. You need a large gap hook to present tear-throughs, and the slim-wire Aberdeen keeps minnows alive a lot longer than a thick-gauge alternative.

For walleye, I prefer a #4 or #2 VMC Walleye Wide-Gap Hook. I can go down to a #6, and some anglers do, reasoning that walleye are less aggressive feeders under the ice. But I like a larger minnow for ice fishing, and that demands a slightly larger hook.

For pike and musky, I typically tie on a 2/0 or 3/0 circle hook, and I really appreciate the way these hooks perform, increasing my lock-ups and decreasing swallowed hooks.

My preferred ways to rig and fish minnows aren’t complicated, and we’ve discussed minnow hooking many times before.

My preferred method is snout hooking. Essentially just a modified lip hook, you pass your hook down through the front of the head, forward of the eyes and brain, and out through its mouth.

If you spare the organs by doing this properly, the minnow can swim and breathe normally, and the hook is placed perfectly to catch fish.

Remember, fish are going to try to take your minnow head-first to avoid the spines and lay their fins down as they swallow them. Having the hook placed on the head puts in just the right spot to catch them on the strike, even if they don’t engulf your minnow.

For crappie, I’ll spot a school on my electronics and work the water just above them. Crappie generally feed upward, and dropping your minnow through them isn’t going to do you any favors.

For walleye, I’ll suspend my minnow very near the bottom, letting it dart around frantically until a hit happens.

My preferred time to target walleye, pike, and musky is actually at night, as the situation changes dramatically. While the panfish bite will drop off - especially the bluegill and sunfish - the big predators really come alive and start actively hunting.

I like to fish higher in the water column at night, sometimes just feet below the ice.

Pike and musky will chase baitfish up against the hard water, trapping them there and making an easy meal out of them. They’ll cruise along in large packs, and when they see a fat minnow struggling high in the water column, it’s game on! 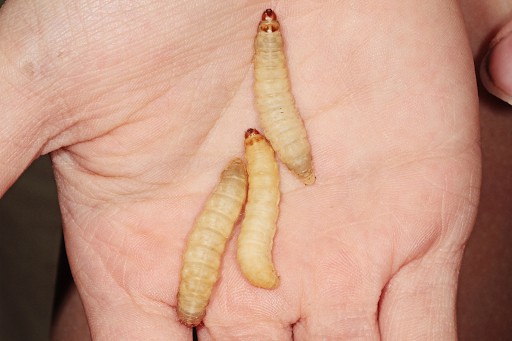 Wax worms are a great choice for ice anglers chasing bluegill in the afternoon, and there’s probably no better option for general panfishing. Spikes are simple maggots, and they’re typically smaller than waxies.

The larvae of the wax moth are meaty, wriggling little devils, and though they may not be a natural part of the aquatic food chain, panfish and trout sure act like they are! Maggots aren’t aquatic creatures either, but the perch and bluegill can’t leave them alone.

Keep either of them in a small container filled partly with sawdust and drop them in your pocket to keep them warm. You can also leave them close - but not too close! - to your heater to keep them alive.

I use wax worms in two ways.

The first is to sweeten a jig. I slide my hook through the tail-end of the larva and bring it out near the head. I want that wax worm’s head to stand out from the hook, and I’m looking for that slight difference in color that rigging them in this position creates.

This technique adds color, flavor, and scent to your jig, really upping the ante on what you have to offer.

My second option is to use a #8 baitholder with a large wax worm and rig it the same way on this bare hook. A little bit of split shot will get this sweetened hook to sink slowly - and slowly is what you want.

Let it drift down near a school of fish or a live weed bed and start jigging gently. It won’t take long for a fat bluegill, trout, or crappie to come calling!

I use maggots to sweeten treble-hooked spoons like Swedish Pimples. I’ll slide a maggot onto each hook of my treble, and the added scent and taste really does make a difference, especially with perch.

I jig near the bottom, even occasionally tapping the muck to create a small cloud of debris. Nothing brings perch running faster than that. 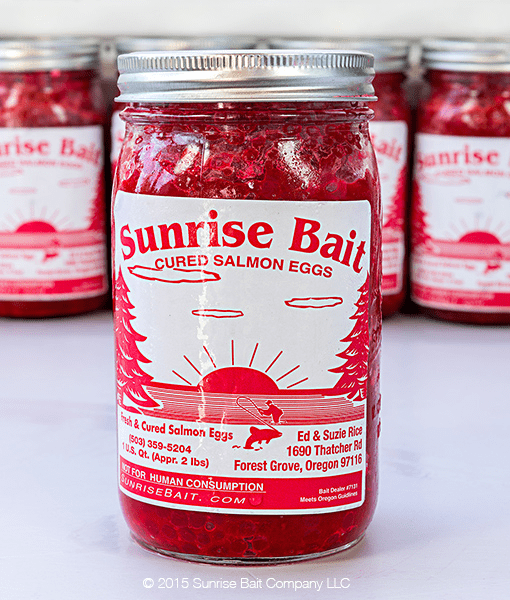 Salmon eggs can be murder on both trout and kokanee, but you need to know what you’re doing.

Look for firm rather than mushy eggs that can stand up to being pierced and still maintain their integrity.

I use salmon eggs in two very different ways.

The first is to pierce a single egg with a #10 Single Egg Hook. I don’t add any weight to my baited hook at all, and drop it to within 6 inches of the bottom. I’ll pop it gently every now and then, and wait for a bite, and the trout typically can’t leave it alone.

My second technique is for night fishing kokanee.

I use two rods. The first is rigged with a Swedish Pimple that I’m jigging near an underwater lamp or glow stick. Just below that lure, I’ll suspend a Kokanee Killer Glo Hook tipped with a few salmon eggs.

The kokanee will come looking for the bait fish attracted by the light, key in on the flash of the Pimple, and take the sweetened Glo hook like it was candy.

Live bait is simply fantastic for lice fishing, but just dropping a nightcrawler through a hole like it’s midsummer isn’t going to catch you many fish.

Instead, you need to rethink your live bait options for winter, switching to minnow, larvae, and eggs. If you do, you’ll be rewarded with a memorable season on the hard water, filled with lots of productive time on the ice.

We hope you’ve learned something from this article, and we’d love to hear from you if you have.