I don’t know a bass fisherman who doesn’t have a few dozen crankbaits in their arsenal. Properly worked, they’re among the most productive options out there, especially when you need to cover a lot of water quickly.

And while there are hundreds of crankbaits on the market, if you take a peek at the lure choices of the pros, you’ll see a lot of overlap. With any option on the table, tournament winners are clustering around a few picks, and you probably should, too.

If you want to know what the pros think are the best crankbaits out there, we’re here to help.

Below, you’ll find reviews of the best crankbaits, as well as a brief guide to selecting the best options for you: 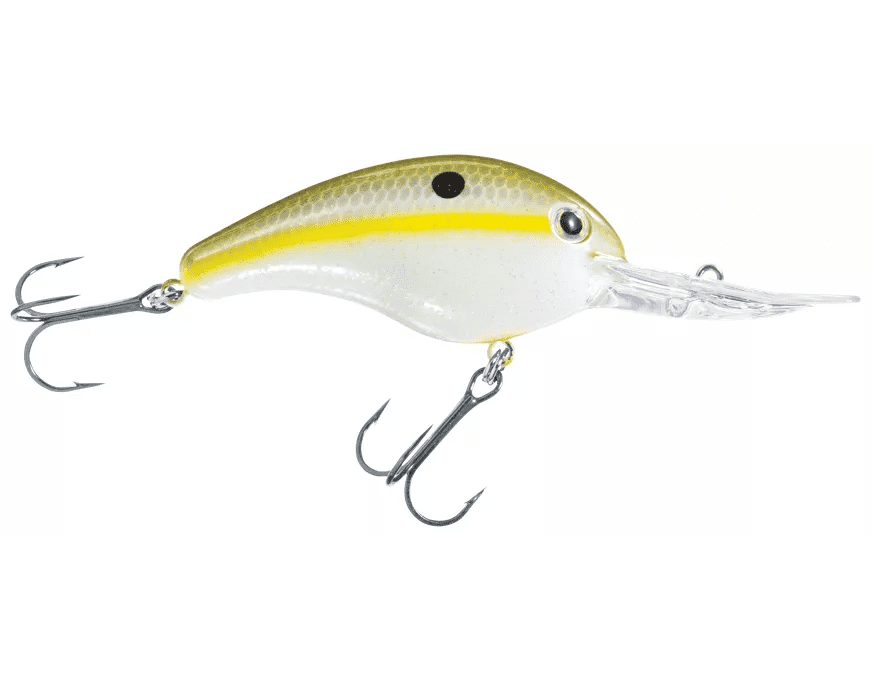 Easily one of the most talked-about crankbaits on the tournament circuit, Strike King’s legendary 6XD is the deep-diving pick of winners all over the country.

Heavy enough to cast into a headwind, this big crankbait has a tight wobble that’s the envy of its competitors. And it dives like a brick, running to a maximum depth of 19 feet.

While it’s available in a smaller 2 ¾-inch, ⅝-ounce size, the larger 3-inch, 1-ounce option is by far the more popular.

Armed with a rattling chamber that produces subtle sounds that alert hungry bass, the 6XD is simply deadly when deflected off the bottom. In fact, its bill is designed to help it track straight after impact.

And whether you want to match the hatch or stand out, you’ll find the right paint job from Strike King.

But don’t take my word for its effectiveness.

As Keith Combs will tell you, “The 6XD gets down and stays down, with a tight wobble that’s not too aggressive … Its size also mimics most of the primary forage on the waters I fish. You can throw a worm and sit there all day, but why do that when you can use a crankbait and catch five big fish real quick? You don’t want the 2-pounders. You want the 6-pounder from the heart of the school.” 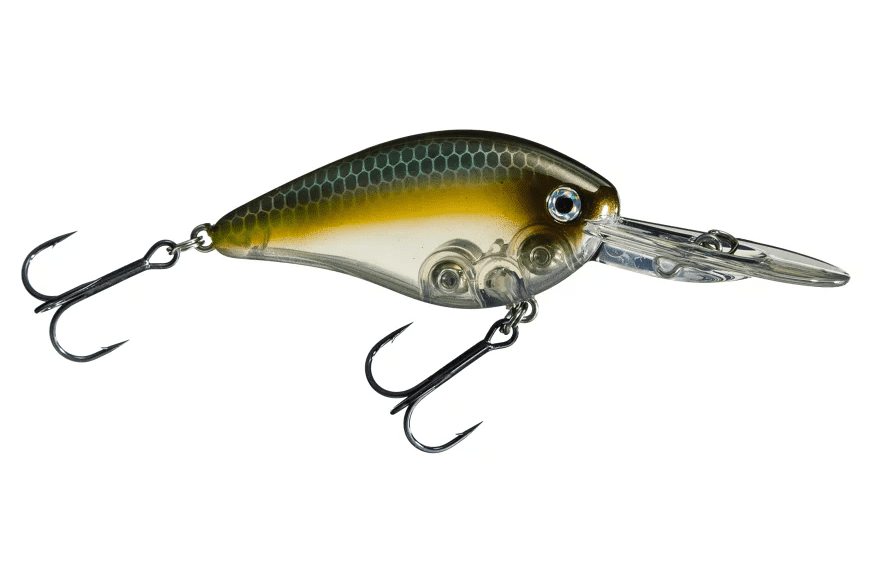 When Strike King sat down with Kevin VanDam to design the 1.5, he knew he wanted a crankbait that offered more than just a wiggle. And that’s exactly what you get with this winner: a ranging, wandering retrieve that’s anything but straight-line.

Pressured, wary bass are often familiar with laser-like tracking, and they're looking for something with a more natural line. “Rather than running perfectly true, it hunts and wanders,” VanDam reports. “That generates bites.”

This 2 ¼-inch, ⅜-ounce crankbait is offered in a range of attractive options, and whether you want to work the pre-spawn with colors and patterns like “Chili Craw” or need to stand out with “Black Back Chartreuse,” you'll find what you’re looking for. 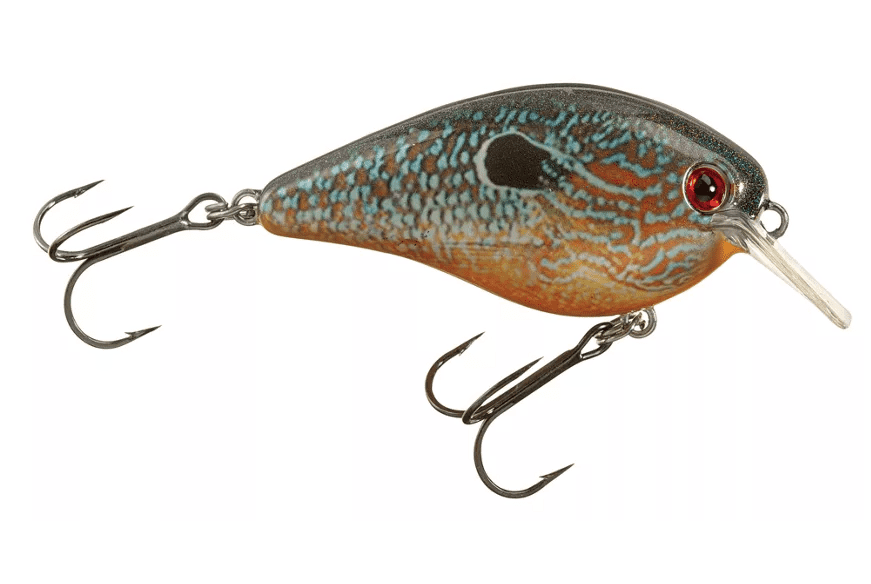 “Silent” may seem strange given the attention garnered by loud lures, rattle chambers, and high vibration.

But if there’s one closely-guarded secret to tournament fishing, it’s that adjusting to ultra-high pressure is a winning strategy.

When bass are pressured, they can be downright skittish. And any noise that stands out against the natural background, even gentle rattles that normally ring the dinner bell, can send them running in the other direction.

Another collaboration between Kevin VanDam and Strike King, this crankbait is designed for fishing shallow water when pressure is brutal.

That big, square bill creates plenty of deflection on impact, and I want to encourage you to throw this crankbait where you’re afraid you’ll lose it. You probably won’t - it’s been designed for just that - and it’ll bounce, skip, and sputter past rocks, branches, and stumps, creating an erratic motion that triggers even the spookiest bass.

The secret is that square bill. It keeps the lure’s head down, hiding the hooks from snagging cover.

And rather than wriggle in tight shimmies, it wobbles with a more subtle vibration.

Add to that that it hunts and wanders, too, and the result is a shallow-water, heavy-cover monster of a crankbait. 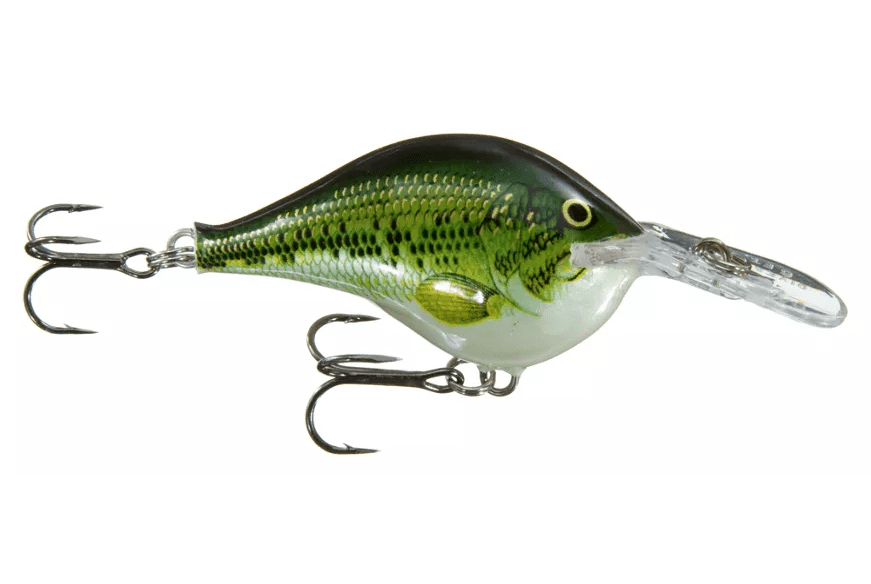 I don’t think there’s a pro on the water who doesn’t own Rapala’s DT-series 6 and 10. Ideal crankbaits for intermediate depths, there’s an awesome color and pattern option for any situation.

Designed to dive to the depth printed on the bill, the DT6 and DT10 do what they’re supposed to do, hitting those numbers consistently and allowing you to work the water column at the depth you pick.

They dive quickly and stay deep, tracking straight with a tight wriggle of their body. But unlike plastic-bodied crankbaits, Rapala’s balsa offers a softer vibration that helps pick up hits when pressure is making bass wary.

That’s a common theme you’ll see in these reviews: tournament winners adapt to high pressure and throw lures that give them the advantage.

This is definitely one of them.

You’ll find that each model’s custom bill works like a charm, allowing hard deflections off stumps, rocks, and blowdowns, creating the kind of erratic leaps and darts that draw strikes like nobody’s business. 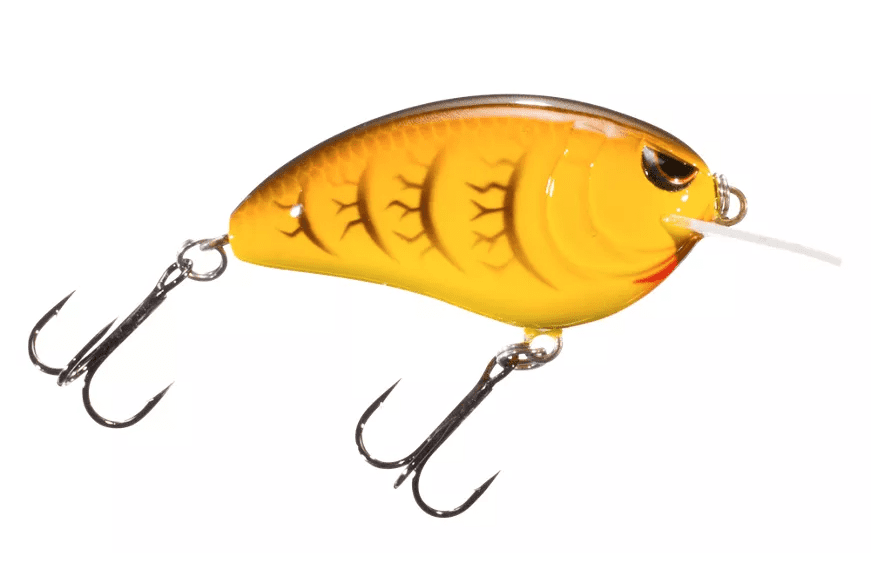 John Crews designed this mean little crankbait to catch bass like his life depends on it, and it’s the secret weapon of plenty of tournament pros.

Small and compact, it sports a “chip-lip” with a rounded profile. That allows it to run shallow and face off against cover that might snag a lesser crankbait. That lip also really lets you feel the bottom and individual impacts.

At its best in heavy cover, my guess is that the rounded lip works some special magic as it deflects. Whether that’s right or not, “magic” is a great word to describe the performance of this crankbait.

The “silent” tungsten ball chamber system enables the Little John to cast with the best of them, producing great distance and consistent accuracy. I’m not sure it's truly silent - and I’m far from alone here - but whether it makes noise or not, it seems to attract - rather than repel - spooky bass.

Expect a tight wobble and the head-down posture necessary to really work a crankbait like you should.

How to Choose a Good Crankbait

Right off the bat, let’s say that when you look at what the pros use, you’re on the right path.

But knowing why tournament anglers pick what they do better informs your choices, so let’s dive in.

Crankbaits aren’t designed for open water but rather for heavy cover. The idea is to run them into obstacles - to bounce them off rocks, stumps, and branches - and create erratic, darting, dancing movements.

When they’re retrieved between impacts, they should wriggle or wobble, track or hunt.

If those are strange terms to you, don’t feel bad.

Crankbait designers have a few tricks up their sleeve, and one of them is to alter the shape of the sides of the lure. Flatter sides impart tighter wiggle, generally increasing vibration and sound. By contrast, rounded sides give the lure a looser, wobbling action that can be a better choice when the pressure is dialed up.

Some crankbaits track, meaning that they travel in a more or less straight line. Others hunt, zigging and zagging as you retrieve them.

Both styles have their place, and it’s a good idea to have both options in your tackle box.

Any tournament winner will tell you that having the ability to cover the entire water column is critical. Whether bass are holding shallow or schooled up deep - or anywhere between you need a selection of crankbaits that can work at targeted depths.

No one lure gets it done: you need a range of crankbaits that target different depths.

The idea that you throw a crankbait armed with two sharp treble hooks into heavy cover may seem ridiculous. They’re going to get snagged, right?

I’m not saying that it’ll never happen - it will - but by design, the bill of a crankbait does three things:

Great crankbaits like the options we’ve reviewed have bills that do these three things better than the competition, and you can have confidence when you cast them into a tangle of branches.

Sharp hooks are critical, but most manufacturers save money by supplying their lures with average models.

Each of the lures on your list comes with wicked-sharp hooks.

We could write a book on this topic, and every serious angler knows the importance of color and pattern.

Most of the lures on our list come in a staggering array of colors and patterns, allowing you to match the hatch where you fish or stand out in murky or stained water. From hyper-realistic paint jobs to colorful details that trigger strikes, these are tournament-tested designs you can count on.

When you make a living in tournaments, your lure selection is the difference between making your house payment or facing foreclosure, and you get serious - quick.

That’s why following what the pros throw - not just what their sponsors want them to talk about - matters. We’ve done the research and dug down on what you’ll see cranked on lakes from Florida to California, and with a few of each of these lures in your tackle box, you’re ready to go.

As always, we hope you’ve learned something from this article, and if you have, we’d love to hear from you.

Pete D
Born and raised in Cleveland, Ohio, Pete grew up fishing on the Great Lakes. When he’s not out on the water, you can find him reading his favorite books, and spending time with his family.
Comments
0 0 votes
Article Rating
Subscribe
0 Comments
Inline Feedbacks
View all comments