Bass are sight predators, which explains why they grow faster and larger in habitats where visibility is good.

But that doesn’t mean that their other finely-tuned senses aren’t important. Even in clear water, bass rely on senses like hearing to alert them to potential prey and predators, especially when confronted by sounds behind or below them.

Unlike you and I, largemouth bass also possess a sense of vibration that is similar - but not identical - to their sense of hearing. Driven by an organ called the lateral line, this sense is precise and directional, though relatively short-range, allowing it to complement their excellent hearing.

And together, bass employ sight, hearing, and this sense of vibration to locate prey items - as well as imitations like your lure.

That’s why lures that offer the entire package - the right shape and color, the ideal sound, and perfect vibration - are so incredibly effective.

But to understand which lures have the most attractive vibration, you need to really nail down the details on this largemouth bass sense.

Want to catch more bass? You can start by understanding bass' lateral line!

In clear water where bass can make full use of their vision, sight is the predominant hunting sense, with hearing being an early warning system for potential meals or threats.

But Mother Nature has equipped the largemouth with a sixth sense that’s both directional and sensitive: vibration. And while a bass can’t sense vibration well at a distance, when a minnow or crankbait is within a few feet, it doesn’t even need to see it to know exactly where and what it is. 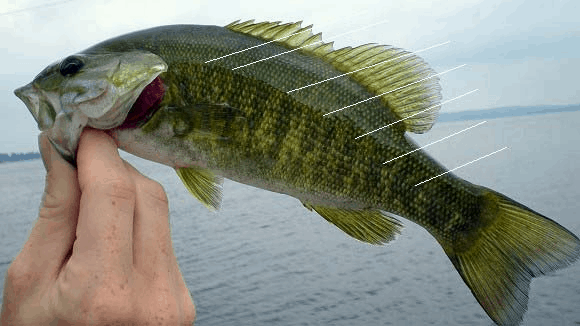 If you look carefully at any bass, you’ll find its lateral line.

This is made possible by a structure called the lateral line. As Chris Horton, a wildlife biologist explains, “The lateral line is a series of pores or canals in a row of scales that stretch from just behind the gill plate to nearly the tail in a bass. They are perceptible, but you have to look closely. These canals contain a series of cells that have hair-like extensions surrounded by a gelatinous substance, together called neuromasts. Vibrations from surrounding water on one or more of these groups of cells send a signal to the bass’ brain that — along with the same effects on the inner ear — it interprets as sound.”

For a largemouth, then, hearing is effectively doubled by a precise, short-range vibration detector that runs the full length of its body on both sides.

Able to detect even the slightest variations in water pressure, a bass can “feel” or “hear” the tiny pressure waves emitted by a struggling shad, a retreating crawfish, or a passing spinnerbait.

But it’s critical to understand that the lateral line isn’t an ear, per se.

Together, they allow the largemouth to process sound and vibration data, forming a more or less complete picture of what’s happening in the water around them.

And in low-visibility scenarios, bass rely almost exclusively on their lateral line to detect prey and decide whether to strike.

Good Vibrations: How to Use the Lateral Line to Your Advantage

Let’s be clear up front: bass can only really use their lateral line up close.

But within that distance, say no more than 6 or 7 feet, they can detect the tiny swirls and vortices created by swimming prey items, follow them as if they can see them, and target their next meal.

That kind of pin-point precision is what makes the lateral line a deadly hunting aid, and there are ways to use that to your advantage.

When you run a lure through the water, pump a chatterbait, or bounce a worm across the bottom, you’re triggering three senses at once.

If visibility allows, the bass will first get eyes on your lure. But beyond visual range, it’ll use its ears to alert it to the sounds your lure makes. It can’t sense the direction of those sounds with its inner ears, but it will be primed to “listen” or “feel” with its lateral line.

And once your lure gets close enough, the right kinds of vibrations will register as prey movements, ringing the dinner bell all along the length of the fish.

That’s when it’s primed to simply inhale its target.

Much like hearing, you’d be surprised at what produces vibrations that summon bass to the table.

Even the tiny pulses of a paddle tail swimbait are enough to trigger a response - and that just makes sense: after all, bass are waiting for the vibrations created by swimming minnows, skittering crawfish, and leaping frogs. What they “hear” as dinner is surprisingly quiet.

In clear water, where sight will remain the primary hunting sense, you want to match the hatch and stick to natural colors. Sound will be important, too, since bass can hear noise at a much greater distance than they can “feel” it with their lateral line.

Vibration matters, especially up close, because - more often than not - that’s the sense bass use to decide whether to strike. Their eyes and ears bring them in close, but it’s the lateral line that pushes them over the edge.

And in murky or stained water, or when fishing at night, vibration is king.

Swimbaits like those from Zoom or Strike King offer tail wriggle that sings in the lower frequencies that bass expect from prey. Once you’re close, they send just the right message to a largemouth’s lateral line. 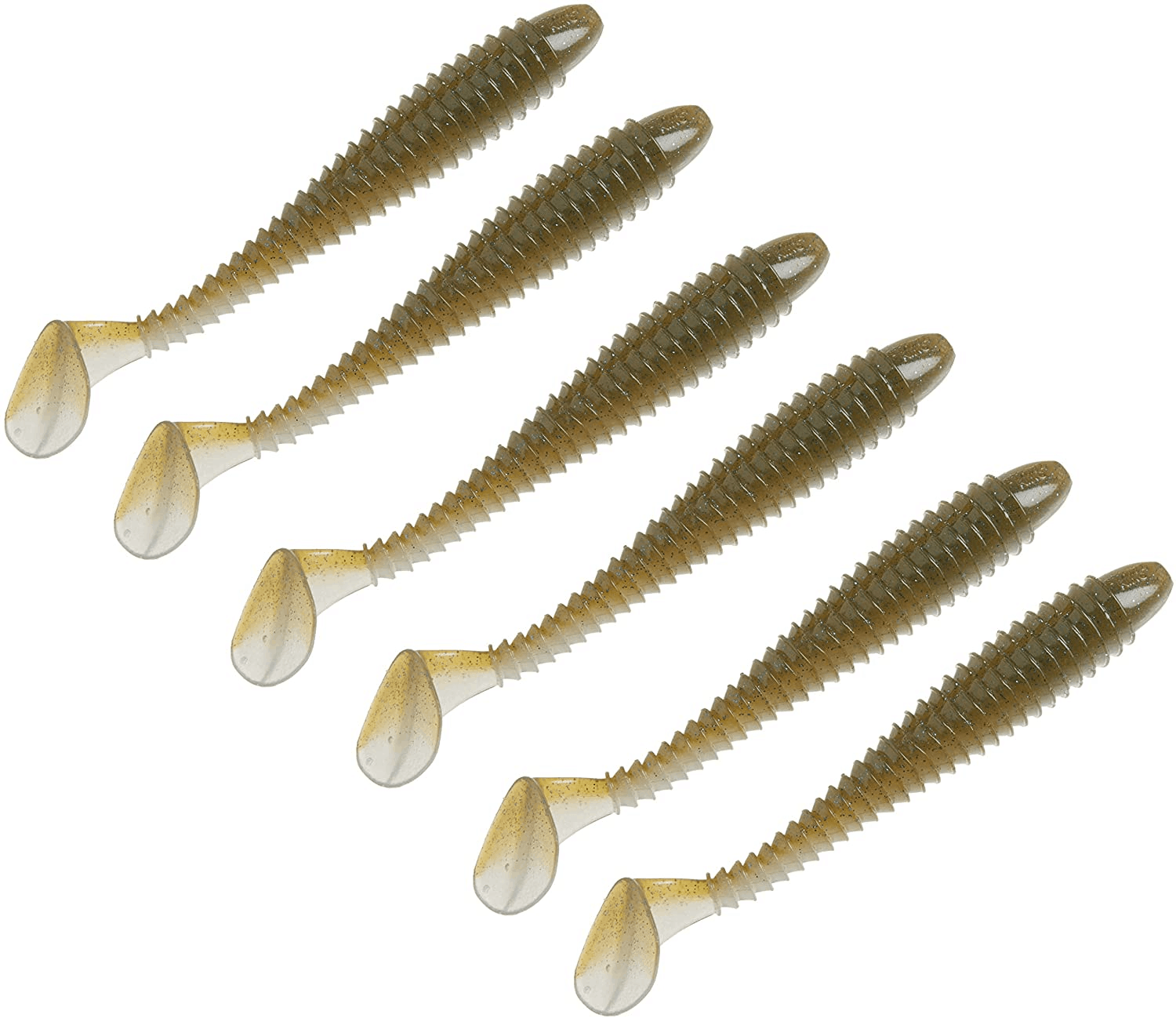 Ditto for Strike King’s Rage Tail Craw, and you’d be wrong to think that tiny twitches of those trailing claws don’t produce vibrations that trigger a strike. 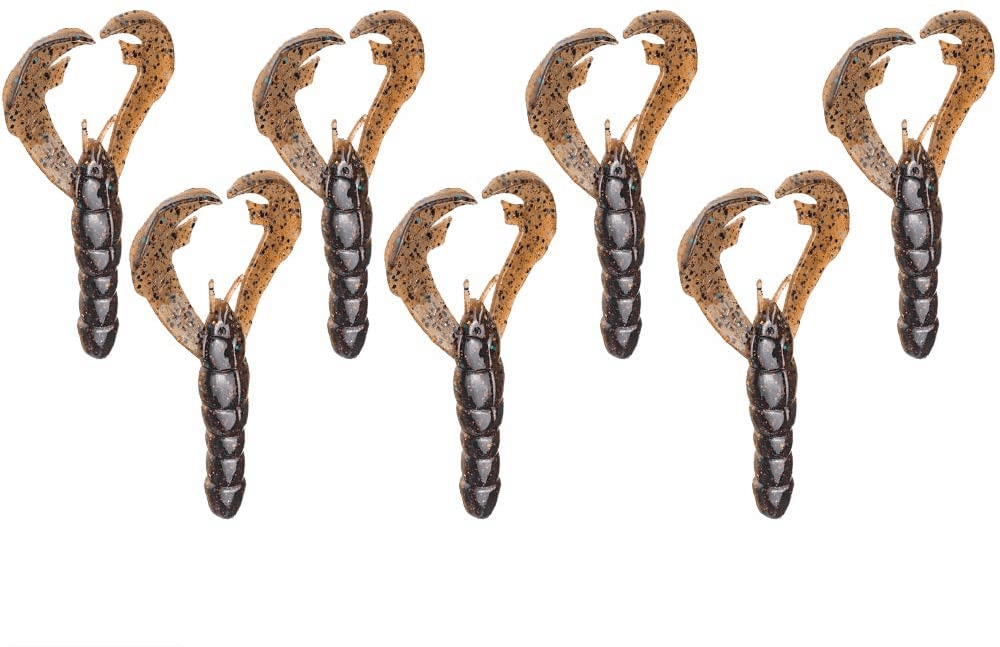 Jerkbaits like Rapala’s X-Rap also do the trick, creating swirling vortices in their wake that bass detect and follow for a strike. The start-stop cadence of a properly worked jerkbait is magic in low-visibility situations, too.

Cadence is the key to a jerk bait’s effectiveness.

A big bladed spinner like the Booyah Pond Magic produces plenty of low-frequency thumping, triggering a predatory response from hungry bass when these vibrations hit their lateral lines. 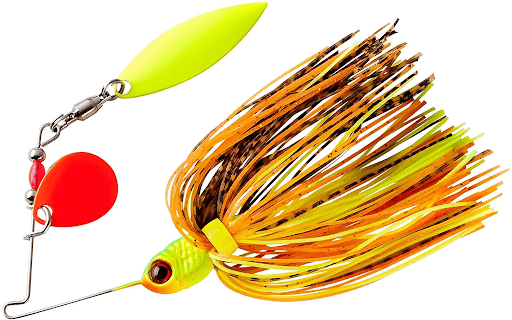 And let’s not forget reliable options like the Z-Man Original chatterbait. The specially shaped blade and soft plastic trailer both produce low-frequency vibration, and these are among the best options for night and other low-visibility situations. 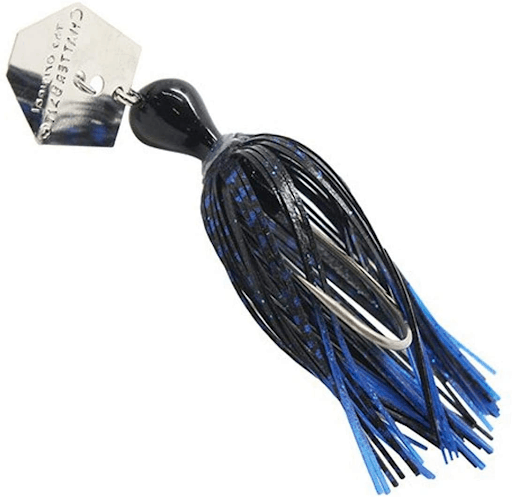 Throw a Rage Tail Craw on this chatterbait, and you have an almost unbeatable combo.

But there’s a secret we’d like to share, something tournament winners and largemouth experts alike agree about.

Never underestimate the vibration potential of a Senko, especially not when rigged weightlessly. By popping your rod tip, you can send a Senko darting forward, tail writhing, just like a frightened prey item. 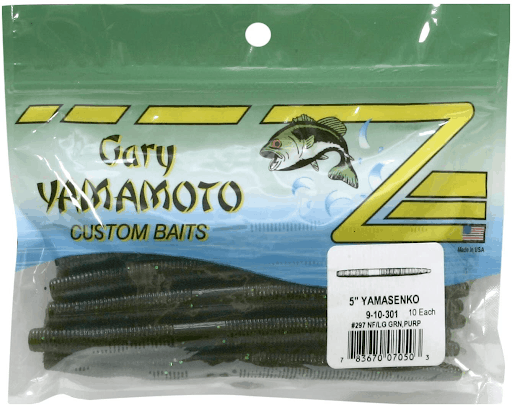 Rigged weightlessly and fished with an erratic cadence, the simple Senko is perhaps the deadliest option out there.

That vibration is simply irresistible to bass.